Irony not dead in this CT campaign finance fight

Chris Shays after conceding his loss in a GOP primary for U.S. Senate in 2012.

Shays said Democrats are exploiting what he says was an unintended consequence of his pushing the Federal Election Commission to be more aggressive: A claim by the FEC of broad jurisdiction over campaign finance that supersedes state law.

“Our law was basically intended for congressional races, Senate and House. We weren’t jumping into gubernatorial elections,” Shays said Tuesday. “It was never intended to govern state races. It was intended to deal with national elections.”

But Democrats are saying that regulations issued by the FEC at Shays’ urging clearly preempt the state elections commission from acting on a complaint that Malloy illegally benefitted from the Connecticut Democratic Party’s federal campaign account.

The use of federal campaign funds to pay for a Democratic Party mailer promoting Malloy’s re-election in the closing weeks of the 2014 campaign is central to a state GOP complaint that raises broader issues about Connecticut’s ability to regulate fundraising in state campaigns.

Contractors remain free to contribute up to $10,000 to the state parties’ federal accounts, which can be used to pay for get-out-the-vote (GOTV) activities in federal election years, when candidates for state office also are on the ballot in Connecticut.

“The Federal Election Commission has made clear that the fact that a communication containing GOTV information refers only to a candidate for state office does not exempt the communication from being ‘Federal election activity,’ ” David S. Golub, a lawyer for the Democrats, says in a letter to the commission.

Shays, who represented the 4th District and left Congress after losing re-election in 2008, said that the Democrats are turning logic on its head, using a federal reform law to limit the reach of a state reform law.

Congress passed the Bipartisan Campaign Reform Act of 2002, which was widely known as McCain-Feingold in the Senate and Shays-Meehan in the House for its sponsors in those chambers. One of its goals to was keep lightly monitored “soft money” from seeping into federal campaigns. 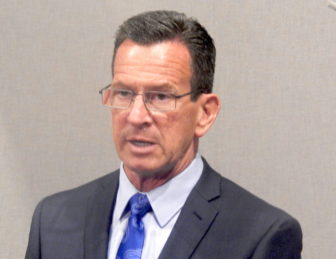 To do that, the Federal Election Commission eventually adopted regulations — after being nudged by a lawsuit filed by Shays — requiring that strict federal rules apply to all election activity in federal election years.

Shays said there never was intent to undermine states with stricter rules, such as Connecticut, which has a voluntary public financing program in which participants agree to accept maximum contributions of no more than $100 and strict spending limits.

Technically, Malloy did, since the mailer was sent by the party, not his campaign. But Shays said campaigns are about more than technicalities. 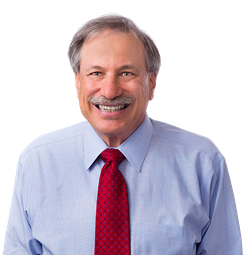 “In order for the laws to work, there has to be a moral imperative that candidates obey the letter of the law and the spirit of the law,” Shays said.

Democrats say the mailer was legitimate federal election activity as it contained an exhortation to vote on behalf Democrats with information about polling hours.

“That was minimal,” said Cheri Quickmire, executive director of Common Cause in Connecticut, a campaign finance reform group. “It was clearly a Malloy election piece.”

Leigh Appleby, a spokesman for Connecticut Democrats, said the party is seeking clarity.

“As we have said since day one, what we need here is clarity from an impartial authority over which set of laws apply to state parties during federal election cycles; because as we have always maintained, we followed all rules, laws and regulations as we interpreted them,” he said in an email. “The underlying facts of this case have never been in dispute. This is an important legal issue that impacts not just the Democratic Party, but also the Republican Party, and candidate committees alike, in present and future campaigns in Connecticut.”

A spokesman for the State Elections Enforcement Commission declined comment on Golub’s refusal to answer the subpoena or his claims of federal preemption.

The commission’s eventual response is likely to be to sue in Superior Court and seek an order compelling compliance with the subpoena.

Golub appears to be inviting such a lawsuit. The commission has declined to address the federal preemption issue, and by refusing to comply with the subpoena Golub could be pushing the issue before a court.

“They’ve done everything they can to avoid getting a ruling on pre-emption,” Golub said Tuesday in an interview. “They are going to have to decide if they want to go to court.”

The Connecticut Democrats requested a declaratory ruling about the use of federal campaign funds for the Malloy mailer from the Federal Election Commission, then withdrew the request before the FEC could publicly respond.

Still, Golub is portraying the State Elections Enforcement Commission as the one unwilling to jointly resolve how state and federal election laws apply to the Malloy mailer.

“There is going to be a ruling on the federal pre-emption issue, and they have to decide if they want to address it head-on or whether they want to keep skirmishing left and right,” Golub said. “I think what they are doing is unseemly.”

Golub also is challenging the authority of the commission to issue what he called an investigatory subpoena under state law, while the law does empower the commission to subpoena witnesses or require the production of documents for a hearing.

The full reach of the commission’s subpoena authority is untested, in part because the panel rarely needs to issue them. Most investigations, the commission says, involve the voluntary production of documents.

Golub said the subpoena served on the Democrats was “wildly overbroad and impermissibly intrudes on protected First Amendment communications.” It seeks documents and records of meetings and conversations, including those between Malloy and Jonathan Harris, the party’s former executive director, going back 2½ years.

Golub said in his letter and during the interview that he has attempted to cooperate.

“The conflict between state and federal law can be resolved through discussion with Connecticut political parties, as I have repeatedly suggested, or by litigation of the federal preemption and First Amendment issues,” Golub wrote. “The Commission’s attempt to avoid the legal issue by resorting to an improper subpoena will, ultimately, further no legitimate interest.”