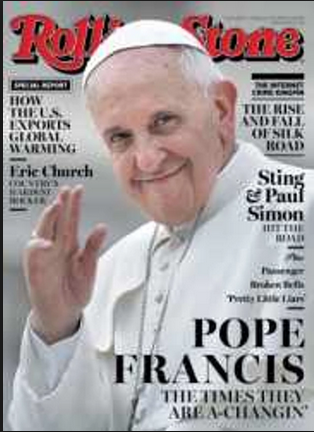 Pope Francis got the rock star treatment in Rolling Stone in 2014. Tickets to his U.S. tour are in demand, too.

Malloy, 60, who received his bachelor and law degrees from Boston College, was one of a handful of Catholic governors invited by the Obama administration to a welcoming ceremony on the South Lawn of the White House.

“The spirit of inclusion, which the pope is putting forward, has been absent in the church I’ve been raised in since the late 1970s, so it’s exciting,” Malloy said Monday.

The governor also plans to attend a Mass for the pope Wednesday afternoon at the Basilica of the National Shrine of the Immaculate Conception, the largest Roman Catholic Church in North America and one of the 10 largest in the world.

Malloy is of a generation of Catholic politicians whose political beliefs, notably their advocacy of abortion rights and same-sex marriage, have put them at odds with the Catholic Church or have been sources of controversy.

In 2014, when Malloy addressed the Boston College law school graduation, the conservative Cardinal Newman Society included Malloy on a list of “scandalous” commencement speakers at Catholic institutions. U.S. Secretary of State John Kerry, the main commencement speaker at B.C., also made the list.

Of the 22 ideologically suspect commencement speakers, 11 were scheduled to address Jesuit universities.

Pope Francis has not retreated from his predecessors’ views on abortion and gay marriage, but he has given U.S. politicians a measure of breathing room by urging Catholics to drop their “obsession” with those issues. 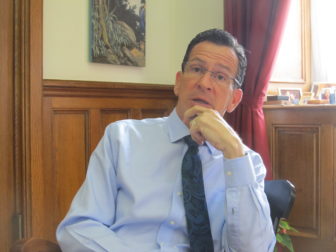 In Connecticut, the Catholic bishops supported Malloy’s successful call for the repeal of the death penalty.

Malloy said he is pleased that the pope has broadened the Vatican’s concerns to issues of social justice and man’s stewardship of the planet, giving Francis common ground with the Obama administration and U.S. governors like Malloy who talk about economic inequality.

“I grew up at a time of liberation theology. It’s what I studied at Boston College,” Malloy said. “It was the theology of the 60s and 70s and early 80s. It came into disfavor under another pope and, now, apparently, has found at least a level of acceptance.”

Liberation theology took hold in Latin America, engaging Catholic priests in a movement for social justice that took on Marxist overtones, at least in the view of conservatives. Under Pope John Paul II, who grew up in Poland under Soviet domination, the Vatican’s Congregation for the Doctrine of the Faith questioned how neatly the theology coexisted with Catholic dogma.

As a priest and archbishop in Argentina, Francis was not seen as sympathetic, but after becoming pope he invited Gustavo Gutiérrez, the Peruvian priest who gave liberation theology its name, to the Vatican, widely interpreted as a gesture of reconciliation.

Malloy called the changes in the church welcome.

The governor will not attend the pope’s address to Congress on Thursday, but attendees from Connecticut will include the Rev. Jeffrey P. von Arx, the president of Fairfield University, a Jesuit institution. Von Arx will be the guest of U.S. Rep. Jim Himes, D-4th District.

Monsignor Robert Weiss, who ministered to the families of Sandy Hook School shooting victims as pastor of St. Rose of Lima Church in Newtown, will be the guest of U.S. Rep. Elizabeth Esty, D-5th District.

The pope visits New York City on Friday and Philadelphia on Saturday and Sunday.

In Manhattan, his activities include an address to the United Nations, a service at the 9/11 Memorial and Museum, a school visit in Harlem and Mass at Madison Square Garden.

His itinerary in Pennsylvania includes a visit with inmates of a prison. He also will conduct Mass for the World Meeting of Families.