Talk to most people in health care and they’ll tell you the future of hospitals lies in joining larger systems. Already, three-quarters of Connecticut’s 28 general hospitals are either part of larger health systems that operate multiple hospitals, or are in talks to join one.

But what about the seven Connecticut hospitals that remain independent? Are they holding out for the right suitor? Or do they see a path forward as independent hospitals at a time when more hospital leaders are taking the opposite view?

The answers vary. Griffin Hospital in Derby has been deliberate in trying to map out a future as an independent hospital, while others, including Middlesex Hospital, describe the decision to stay solo as the best option for now, even as they remain open to reconsidering. Others are going it alone after attempts to join larger systems fell through.

Their financial performance has varied too. While Middlesex and Stamford hospitals have posted among the strongest margins in the state in recent years, four of the other five – Bristol, Griffin, Charlotte Hungerford and Day Kimball – averaged margins between 1 percent and 3 percent from the 2010 through 2014 fiscal years, and Milford Hospital averaged a 7 percent annual loss in that time.

“I honestly don’t think they can survive. We’re not in that world right now.”
Angela Mattie

Several of the independent hospitals have joined forces in other ways, through joint-purchasing arrangements that help them cut costs or clinical affiliations that give them access to more capabilities.

Some hospital officials say community hospitals that can deliver quality care at lower costs could even have an advantage over large teaching hospitals, particularly as the health care system evolves to reward cost-effective care.

But others aren’t bullish on independent hospitals. When asked if they have a future, Angela Mattie, chair of Quinnipiac University’s health care management and organizational leadership department, had an unequivocal response: “No.”

“I honestly don’t think they can survive. We’re not in that world right now,” she said. “There’s a new reality, whether we like it or not.”

The factors pushing hospitals toward consolidation include those that apply to most industries – such as the ability to generate economies of scale and purchasing power – and some specific to health care.

A major one is the shift, still in the early stages, in how care is paid for and delivered —from a system that pays health care providers by the procedure or service to one that ties pay to cost and quality outcomes. Eventually, some expect that hospitals will be responsible for managing the health of large populations of patients and taking on the financial risk of doing so, which they say requires having a large base of patients to spread out the risk.

Related: Why one hospital leader decided it was time to get bigger

‘Trying to have our cake and eat it too’

The trend toward consolidation was already underway when Griffin Hospital leaders went through a strategic planning process a few years ago. The board wondered: Would it be irresponsible to ignore the conventional wisdom that we’ll need a larger partner at some point? Could Griffin realistically remain on its own? 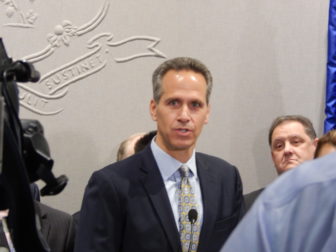 “The answer was, ‘on our own, no,’ but how could we create a structure where we could develop those capabilities without giving up our independence?” President and CEO Patrick Charmel said.

They figured there must be other hospitals looking for a similar path forward.

So Griffin helped to found a different kind of health care system. Rather than merging with another organization, Griffin and six other hospitals have joined forces as the Value Care Alliance, aiming to reap the benefits of a larger organization without actually being part of the same system. It allows the hospitals – not all of which are independent – to work together on purchasing and approaches to managing population health. They’re working together to develop the infrastructure to analyze patterns of care, which could help to identify variations that can affect quality.

Capece, at Middlesex, described it as “trying to have our cake and eat it too.”

Unlike hospital systems, the alliance hospitals can’t jointly negotiate payment rates with insurance companies. Even if it were allowed, Charmel said, using their combined leverage to try to raise prices probably would be counterproductive in the long-run, as the health care system moves toward rewarding cost-effective care.

While many think the shift toward population health management favors larger systems, Charmel sees an edge for independent hospitals, since keeping patients healthy requires forging relationships to keep people engaged in their care.

“Who better to develop a relationship [than] a local organization with local control and local connections with the public that they’re trying to keep healthy?” he said.

For other hospitals, remaining independent hasn’t been so much a goal as the better choice — so far — when weighing the options. 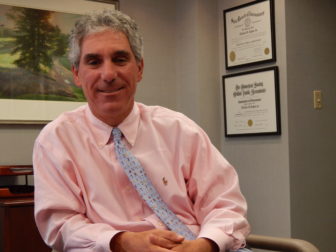 Middlesex Hospital leaders considered joining a larger system a few years ago before opting to stay independent. The board has revisited the decision since then, Capece said. But so far, nothing has made it outweigh being independent. A key downside for the hospital’s board, he said, is that joining a larger system would mean decisions wouldn’t all be made in Middletown.

Related: In Windham Hospital service cuts, some see sign of the future

There was also the downside of the additional bureaucracy a larger organization could bring.

Instead, the hospital has joined the Value Care Alliance and recently became part of the Mayo Clinic’s clinical care network.

Similarly, Stamford Hospital’s board determined it wanted to stay independent for the foreseeable future, in part because of the view that health care decisions should be made locally, said David Smith, the hospital’s senior vice president and chief strategy officer. And, he added, the ability to achieve real cost savings in a network is limited without closing programs or a hospital.

Instead, the 267-bed hospital has focused on “vertical integration,” building the hospital’s network of outpatient facilities and physician practices.

While the hospital has focused on population health locally, Smith said it’s probably not big enough to do so on a large scale. But Kevin Gage, the hospital’s chief financial officer, noted that it remains to be seen how much the payment and delivery system evolves toward requiring large-scale population health management.

A representative of Charlotte Hungerford Hospital in Torrington did not respond to requests for an interview.

Going it alone, after trying other options

Bristol and Day Kimball hospitals, meanwhile, had plans to partner with larger organizations that fell through.

Leaders at Putnam’s Day Kimball were in talks to join Hartford HealthCare, the parent company of five Connecticut hospitals. But the two sides suspended the talks this month, blaming Gov. Dannel P. Malloy’s September cuts in state payments to hospitals.

And Bristol was one of five Connecticut hospitals with plans to be acquired by Tenet Healthcare, a national hospital chain that dropped its plans last December.

The other four hospitals have since found other suitors. But Bristol opted to go it alone – with the help of an affiliation with the Yale New Haven Health System. President and CEO Kurt Barwis said the 115-bed hospital has saved $1 million per year buying supplies with the Yale system’s high-volume discount. The arrangement also gives Bristol patients access to certain Yale specialists.

Barwis said his organization has confidence in the importance of small hospitals in the overall cost structure of Connecticut health care.

“I feel pretty good about our competitive edge.”
Kurt Barwis

“You would think, as we focus on the lowest-possible cost outcomes for the highest-possible quality and safety, you’d be a player, and I feel pretty good about our competitive edge,” he said.

But Barwis said the recent cuts in state funding would require the hospital to “reimagine everything we do.”

If Bristol were to reconsider staying independent, Yale would have the right of first refusal for a partnership.

Milford Hospital has also turned to a partnership with Yale as it seeks to remain independent. “This model has allowed Milford Hospital to generate new sources of revenue, achieve greater efficiency and remain autonomous,” said Karen F. Kipfer, the hospital’s director of community relations.

Day Kimball President and CEO Robert Smanik said finding the right partner for the Putnam hospital makes sense, but not if it’s a forced relationship.

“Until the right partner emerges, we’ll have to just continue in our efforts alone,” he said.