How public school teachers are evaluated in Connecticut needs an overhaul. On that much, educators on the state panel that determines how teachers are graded agree.

But on why and how it should be done, the consensus evaporates.

The representatives of school boards and superintendents are troubled by lopsided ratings, which show nearly every teacher as proficient or exemplary, the two top ratings. 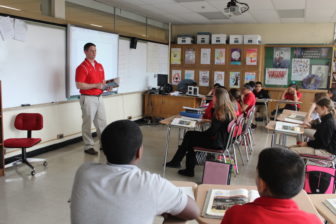 But many other members of the panel – called the Performance Evaluation Advisory Council – are unhappy because student performance on statewide standardized tests accounts for nearly one-quarter of a teacher’s rating.

The leaders of the statewide unions representing principals and teachers, as well as the executive directors of two regional school districts – in all, eight of the 14 PEAC members at last week’s meeting – agreed that decisions about the use of testing in evaluations should be left to a locally appointed panel.

“It should not be mandated what test is used or not used,” Miguel Cardona, assistant superintendent for teaching and learning for Meriden Public Schools,

Education Commissioner Dianna Wentzell was receptive to the idea of letting local officials decide which test to use in evaluating teachers and to no longer requiring that it be the statewide Smarter Balanced Assessment.

She also raised the idea of having a separate evaluation system for novice teachers to better reflect whether they are improving at the appropriate pace and to avoid grouping them with low-achieving teachers who have worked in the district for years.

But Wentzell made clear the panel would not be making any immediate changes to the state’s teacher evaluation system, which was one of the centerpieces of Gov. Dannel P. Malloy’s 2012 education reforms. 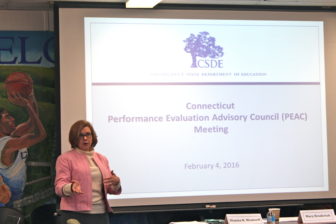 Despite mounting criticism and an alternative evaluation system proposed last month by the state’s largest teachers’ union, Wentzell said any changes would have to wait until the panel explores whether the current system is working.

“I believe analyzing our successes and failures in the last three years is action,” Wenztell said, acknowledging changes may be warranted. “It’s impossible to know that until we have the conversations.”

“So process is our product,” Mark Waxenberg, the executive director of the state’s largest teachers union, responded testily. “I just need to know when this body is going to take action. … One of the things is decouple the testing. Either you are in favor of it or you are not in favor of it.”

It wasn’t that simple for some.

“I think we need data on which to base our decisions. It seems to me there are good and bad aspects, and all we are hearing here is we have got to get the test out,” said Robert Rader, the executive director of the Connecticut Association of Boards of Education. “I want to know what role superintendents, principals, teachers, see tests playing. Do they believe it’s helpful? We need to know that before this group decides to kill it.” 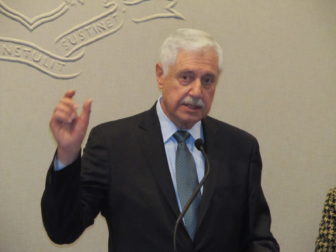 “Are they really all exemplary?” asks Joe Cirasuolo, of the Connecticut Association of Public School Superintendents.

“The standardized tests give you something quantitative that you can start with,” Rader said.

Educators also outlined numerous things they like with the new evaluation system. That includes that it helps foster regular conversations between teachers and their principals to identify areas for improvement as well as providing avenues for professional development.

An assessment of the state’s evaluation system has not been completed since its pilot year three school years ago, when researchers at the University of Connecticut reported that more than half the teachers they surveyed found their evaluation provided them no added value. Forty-two percent of teachers surveyed by UConn said that, given sufficient professional development resources – such as time and staffing – the new evaluation system would lead to improved teaching.

The results of the evaluations have been shrouded in secrecy ever since, and it has been impossible for the public or media to see whether the new state-mandated system is improving the profession.

But lawyers representing the state in a school-funding trial decided to release the results of the evaluations recently as proof that the lowest-achieving schools throughout the state are filled with great teachers.

Statewide result show that last school year 546 teachers (1 percent of the state’s nearly 50,000 teachers) were evaluated as either “below standard” or “developing,” the two lowest ratings. The results were nearly identical to those in the 2013-14 school year. The vast majority received ratings of “proficient” or “exemplary.”

(See how teachers in your school district fared over the last two school years below).

With such lopsided results, leaders of the groups that represent superintendents and school boards question the accuracy of the ratings.

“The thing I want to find out from principals, how do the ratings of their teachers align with their perceptions of those people. Are they really all exemplary? Or is that just how the calculation came out. We need to get some verification,” said Joe Cirasuolo, executive director of the Connecticut Association of Public School Superintendents. “Everyone’s really above average? Let’s talk to the principals and find out.”

Several educators pointed out the formula lets them control only 40 percent of their teachers’ ratings. 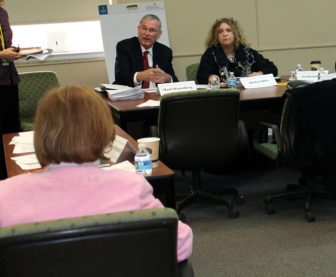 “We know. We can tell who the good ones are,” said Cirasuolo. He said changes may be needed to give principals and others doing evaluations more discretion.

Officials at the State Department of Education said, however, there needs to be a balance between rating teachers based purely on subjective inputs and measures of whether students are actually learning in a teacher’s classroom.

“I worry a little bit on relying on perceptions and, ‘I know how my teachers are doing,’ without a sharp lens toward standards and practice. We need percentages. That says we value the student growth piece and the practice piece, but there may need to be some more room for the professional judgement,” said Sarah Barzee, the agency’s chief talent officer.

The panel meets again the first week of March.