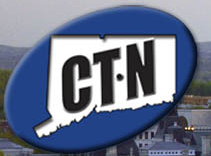 The cable and satellite television industries are lining up against a proposal for a new State Civic Network that would provide unprecedented cable and streaming video access to the legislature, courts and other aspects of public life in Connecticut.

Streaming video is a disruptive technology that has given rise to “cord cutters” who have abandoned cable in favor of Netflix, Hulu and other web-delivered video programming. But the industries’ objections center on old-fashioned profit, not new technology: They are being asked to pay for the new venture.

The legislature is considering a bill that would empower the Public Utilities Regulatory Authority to assess a charge on the state’s one million cable and satellite subscribers to pay for live and archived video coverage of civic life on a far larger scale than now provided by CT-N, the state-funded cable channel.

Industry representatives say the new State Civic Network proposed by the founders and operators of CT-N would be a valuable service, but they question the rationale for financing it through what proponents say would be a modest fee on their customers, probably around 40 cents per subscriber.

The fee would replace the $3.2 million appropriated annually by the legislature for CT-N, which was founded 18 years ago as a local version of C-SPAN, the cable network that broadcasts meetings of Congress.

“Make no mistake about it: This is a tax,” said Paul R. Cianelli, president of the New England Cable and Telecommunications Association, who waited to testify Monday at a public hearing on the bill. “They’ve tried to say it’s a fee. In our written testimony, we’ve cited cases, we’ve analyzed it. It is without question a tax, a tax only on cable customers.”

Cianelli said the cable industry is especially sensitive to its customer base’s being used as a revenue source, even if only for 40 cents, on a service that can cost some subscribers $100 a month. Customers already pay some of the highest fees in the U.S., and cable is losing market share to web-based competitors.

“We’ve already lost 18 percent of our subscriber base going to cord cutting and other places,” Ciannelli said. “And they’re not paying these taxes.”

Cianelli was joined in registering opposition to the bill Monday by AT&T, now the owner of DIRECTV, and Frontier Communications, which now owns the digital television service once provided by SNET. All called it a new tax on a business already under stress.

“We know we are up against powerful interests,” said Patrick Sheehan, the former local television anchorman who is chairman of the board of the Connecticut Public Affairs Network, the non-profit operator of CT-N.

In public hearing testimony submitted to the legislature’s Government Administration and Elections Committee, Frontier objected to giving the regulatory authority the power to appropriate a budget for the new network and assess cable and satellite providers for the cost.

“There are already a host of state and federal taxes and fees paid by the customers of cable and TV providers. In fact, these taxes and fees makeup over 10% of a customer’s bill,” Frontier said.

Paul Giguere, the network president and chief executive of the network, said the funding would be a modest expansion of an existing “PEG fee” authorized under federal law to finance cable channels for “public, educational or governmental use.”

Sheehan said the PEG fee was the best mechanism for financing, since Congress has barred states from imposing fees on what might have been a logical alternative: providers of broadband internet service.

“We need to use the regulatory environment that exists today to be part of the conversation tomorrow,” Sheehan said.

The State Civic Network would exist as a cable channel, but the bulk of its programming would be available over the web as streaming video. On cable and web, CT-N now can provide live coverage of only two events, even though the legislature sometimes conducts meetings in each of 10 public hearing rooms at the Legislative Office Building.

“The public right to know will be dramatically expanded,” said Sen. Steve Cassano, D-Manchester, the co-chair of the Government Administration and Elections Committee, which is reviewing the bill.

Secretary of the State Denise Merrill said she is supporting the new network as a stable source of news about government in an era when traditional media is shrinking.

“It is decreasing before our eyes,” she said.

As envisioned by CT-N and its board, the new civic network could stream video from all 10 rooms and cover other events elsewhere in government; Viewers who missed a live event would have quick access to on-demand video to watch, rewind and fast-forward.

“This is not the future,” Giguere said in comments prepared for delivery to the Government Administration and Elections Committee. “This is what people should come to expect from their media today and what they already expect from CT-N.”

The Connecticut Council on Freedom of Information and the Connecticut Foundation for Open Government, two non-profit groups that advocate more transparency in government, support the bill.

“With this legislation, the citizenry of Connecticut will be afforded a much greater look into the workings of our state government – legislative, judicial and executive,” said James H. Smith, president of the FOI group. “We will be able to watch arguments before the Supreme Court, criminal trials in the Superior Court, the meetings of administrative agencies and, of course, the deliberations of the House and Senate. What a wonderful thing for a democracy.”