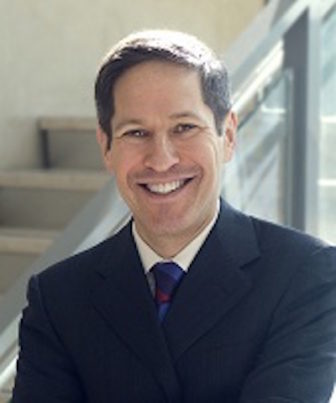 Dr. Tom Frieden, director of the Centers for Disease Control and Prevention

Washington – The Centers for Disease Control and Prevention on Tuesday released long-awaited guidelines for prescribing opioid-based pain medicine, but it’s not clear how closely doctors will follow them.

The 12 guidelines, which the CDC has worked on for two years, are voluntary and have been opposed by pharmaceutical companies and doctors who say they could interfere with the treatment of patients with chronic pain.

“We remain concerned about the evidence base informing some of the recommendations, conflicts with existing state laws and product labeling, and possible unintended consequences associated with implementation…,”said Patrice A. Harris, the head of the American Medical Association’s Task Force to Reduce Opioid Abuse.

Harris said some of the CDC’s recommended non-drug alternatives to opioid medication, including massages and physical therapy, many not be covered by insurance and said there are concerns about “the potential effects of strict dosage and duration limits on patient care.”

John Meigs, the president-elect of the American Academy of Family Physicians, said his group is supportive of some of the recommendations, but would not endorse the guidelines because of concerns about others, including recommendations about dosages.

But among the more than 4,300 public comments received by the CDC on the proposed guidelines were dozens of letters from Connecticut residents who said they or family members had become addicted and urged the agency to take action.

One suburban Connecticut mother wrote her college-age son had become addicted to painkillers after he broke his wrists, then turned to heroin. He died of an overdose at 23, shortly after graduating from college.

“These guidelines are necessary to try to spare others this unbearable pain,” she said.

The CDC recommended doctors use non-opioid therapy for chronic pain outside of active cancer, palliative, and end-of-life care. Currently, more than 250 million prescriptions for opiate pain medication are filled every year.

The CDC also said that when opioids are necessary, the lowest possible effective dosage should be prescribed to reduce risks of addiction and overdose.

For patients suffering acute pain, the CDC recommended that doctors prescribe no more than seven days of medication.

The guidelines also recommended the monitoring of opioid use through urine tests and the use of prescription monitoring programs, reviewing the data on every patient periodically.

On Tuesday, the Connecticut Department of Public Health said it has received a $1.3 million grant to strengthen the state’s prescription drug monitoring program.

As addictive as heroin

The CDC issued the guidelines in response to a spike in prescription drug addiction and overdoses – and a corresponding growth in the popularity of heroin, a drug many addicted to opioid medications turn to because it’s cheaper and in many cases more available.

“Today and every day, forty people in the United States will die of an opioid overdose,” Frieden said

He also said patients who were prescribed the highest doses of opioid pain medication had a one-in-32 chance of dying of an overdose within two years.

The CDC has worked since December to finalize its guidelines, tweaking recommendations in a draft proposal issued then that provided dosage recommendations. The final guidelines recommend a range of doses rather than specific ones.

“The Connecticut State Medical Society anticipates that the new opioid prescribing guidelines will be more consistent with clinical standards of care than past iterations,” the CSMS said in a statement.

After the CDC postponed release of its final regulations in January, saying it needed more time to accept public comments, six Democrats, led by Sen. Richard Blumenthal, D-Conn., urged the CDC to quickly publish the guidelines, which could shrink sales of prescription pain medicine.

On Tuesday, Blumenthal said, “The CDC’s new opioid prescribing guidelines are an overdue but positive step that will help stem addiction and save lives — if they are respected.” Reps. Rosa DeLauro, D-3rd District, and Elizabeth Esty, D-5th District, also praised the CDC’s action.

Blumenthal was also one of a handful of Democrats who voted against the nomination of Robert Califf to head the U.S. Food and Drug Administration, protesting what he viewed as the agency’s inaction on the prescription drug and heroin crisis.

“In the face of a spiraling opioid crisis, the FDA has utterly, abjectly failed to protect Americans,” Blumenthal said. “Instead of desperately needed reform in opioid drug oversight, this nominee offers only more of the same. The FDA has not put the necessary regulatory controls in place to protect public health and ensure access to safe medications.”

Despite Blumenthal’s opposition, Califf was confirmed.

Unlike the FDA, the CDC is not a regulatory agency and it can only press doctors to voluntarily adopt its guidelines.

But Freiden said he was hopeful they would.

“We lose sight of the fact that the prescription opioids are just as addictive as heroin,” Frieden said.

“While CDC has acknowledged that the guidelines are advisory in nature and they do not intend for state legislators, professional licensing boards, hospitals, insurers, courts, or others to ‘officially’ implement or follow specific elements of the guidelines, this is not a practical or realistic expectation given the national respect that comes with a guideline issued by CDC,” Madara said in a letter to the CDC.