The 68 layoffs announced last week at the state Department of Mental Health and Addiction Services were accompanied by plans to close a program serving people who are homeless or getting out of psychiatric hospitals or prison, to eliminate an intensive team that works with people living in the community who have mental health or substance issues, and to end a behavioral health program for veterans.

The cuts also are expected to lead to reduced hours in some parts of the state for mobile crisis programs that connect people experiencing psychiatric crises with clinicians.

Those who work in the mental health system said they’re still trying to determine the implications of the cuts, but raised concerns about the ability of existing providers to absorb the demand.

“We’re all in crisis mode right now, trying to figure out what all of this means,” said Kathleen Flaherty, executive director of the Connecticut Legal Rights Project, which represents DMHAS clients on civil rights matters.

The cuts by Gov. Dannel P. Malloy’s administration were made in response to a projected $930 million deficit in the upcoming fiscal year, which the governor has said reflects a “new economic reality” that requires rethinking what services state government provides. The layoffs and elimination of vacant positions were projected to save approximately $15 million.

The programs that will be closed include:

Admissions to both transitional residence programs were stopped and the department is working on transition plans for people who are being served there now, according to the Malloy administration.

According to the Malloy administration, hours will be redesigned based on volume and need.

“Should a crisis arise when services are unavailable, individuals may need to access alternative supports,” a description of the cut from Malloy’s budget office said. 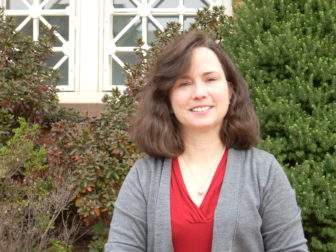 The reduced mobile crisis hours is a particular worry for Jennifer J. Gross, executive director of the Eastern Regional Mental Health Board in Norwich, which evaluates state-funded mental health programs. People can use the service to reach a clinician who can provide an evaluation by phone and, if needed, go out to meet the person and try to de-escalate a situation.

Doing so can help avoid the need for a person to go to the emergency room or call police and possibly end up being arrested, Gross said.

“Once a person goes to the wrong level of care, perhaps that destabilizes their recovery, and they end up needing more services as a result,” she said.

Gross said last week that she was still trying to understand the implications of the program closures. When cuts have occurred in the past, she said, public and private nonprofit agencies have stepped up to try to reach people who still need to be served.

But Gross said she worries that won’t be as easy this time because staffing is already low at the state-run Southeastern Mental Health Authority, and private nonprofit providers have been through years of flat funding and could face additional cuts in the upcoming fiscal year’s budget.

“The problem is there really is not capacity to absorb,” she said. “We’re really at the breaking point, I think, in terms of being able to serve people at the level they need.”

Leaders of private nonprofits that contract with the state to provide mental health and substance abuse treatment have been saying for years that they could take on more responsibilities at a lower cost than state-run services.

“As the state direct care system atrophies, and it looks like it will continue to do so, we develop new capacities,” said David Burnett, CEO of Reliance House, a Norwich-based mental health, housing and social service agency.

But Burnett said the private nonprofit system would need more resources to do more.

“There is no way we can stretch capacity with existing dollars,” he said. “There’s no question we need new resources if we’re going to do anything.”

Flaherty said she understands the difficult choices facing state leaders as they try to address the deficit, but she said the speed of program closures and a potential lack of available community resources could jeopardize clients’ rights to reasonable notice of impending discharge from a program and to receive services in the least restrictive environment.

“I don’t know what choices I would’ve made differently because I don’t know the full extent of this system, but I’m just really concerned that some of these things are going to have a very real impact on folks and their ability to recover,” she said. “And from our perspective as lawyers, some of these things may result in violations of people’s civil rights.”

Even the cut to the Valley View Café at Connecticut Valley Hospital, which might sound small, she said, could have significant implications. It provides work opportunities for hospital patients. In some cases, patients’ discharge plans require them to save a certain amount of money before they can leave the hospital.

“If the only way they can save money is work they can do on campus and you’re shutting down that work opportunity, you’re basically making it fairly impossible for somebody to leave,” Flaherty said.