Lawmakers will vote on budget without negotiating with Malloy 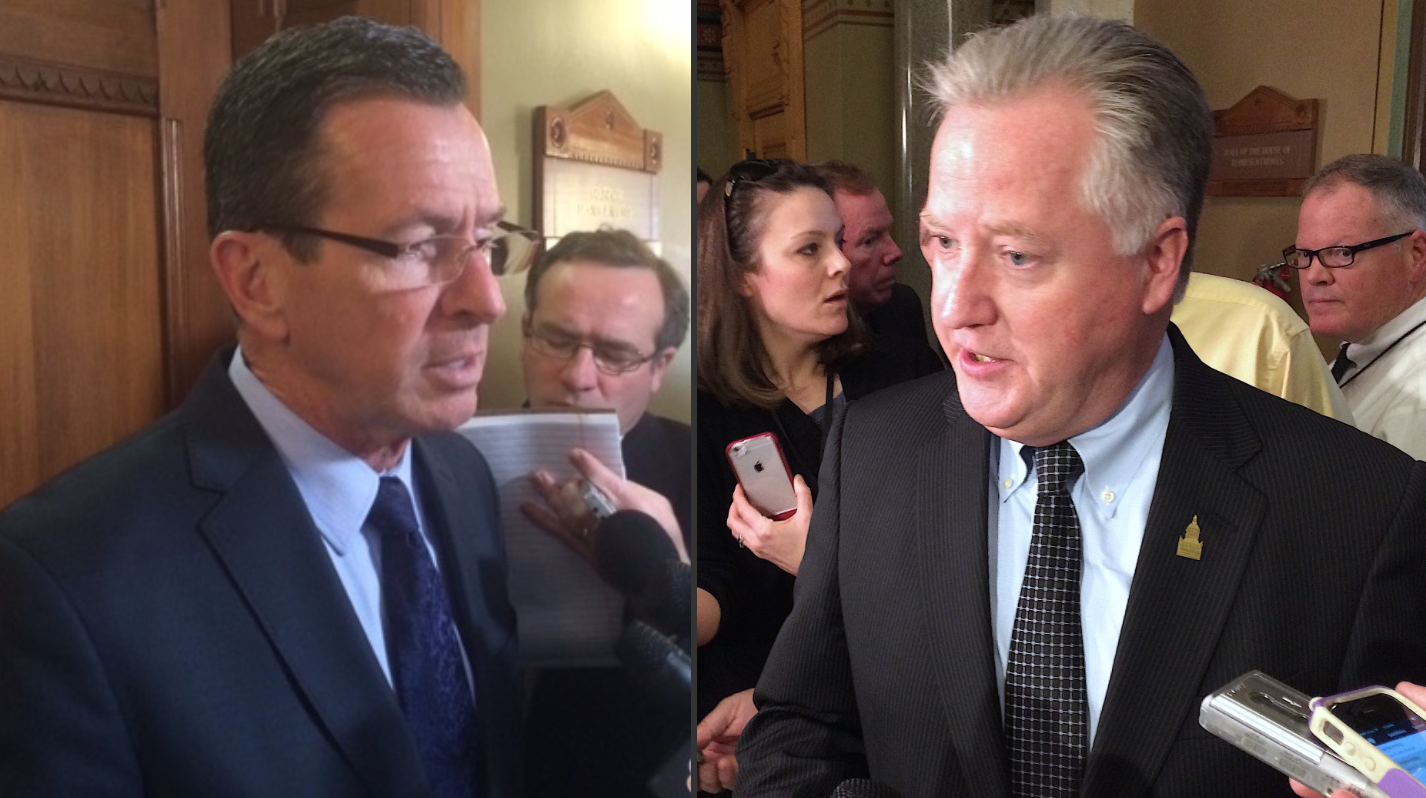 In a further rupture with Gov. Dannel P. Malloy, the General Assembly will bypass the usual negotiations with the chief executive and head straight to a budget vote, House Speaker J. Brendan Sharkey said Thursday.

And the Democratic governor, who said he wouldn’t be surprised if his fellow Democrats in the legislature’s majority took that approach, emphasized he would hold fast to the conditions he’s set to safeguard Connecticut’s finances.

“My expectation is we will bring it straight to a vote,” Sharkey, a Hamden Democrat, told The Mirror. “We want to be sure we have a budget completed before the end of the session” on May 4.

Malloy and Democratic legislative leaders have been increasingly estranged over the past several weeks as they struggle to balance the budget for the fiscal year starting July 1.

According to the legislature’s nonpartisan Office of Fiscal Analysis, the preliminary 2016-17 budget adopted last June is almost $930 million in the red.

And though very early reports on state income tax trends after the April 18 filing deadline are positive, the administration reported Wednesday that corporation tax receipts this year are down $85 million — a problem that also could reduce projected revenues from that tax in 2016-17.

Faced with that challenge, the governor and his fellow Democrats have clashed over spending for hospitals, grants to municipalities, transportation, and social services. Malloy, who is seeking deeper cuts in all of these areas except for transportation, also has proposed a new block-grant approach that would give the executive branch greater freedom to apportion dollars among various line items in the budget — an approach at which lawmakers have balked.

Sharkey acknowledged that Malloy and legislative leaders are significantly apart on key issues, and the session has less than two weeks left before its deadline.

“The governor has made it clear he has very different priorities than the legislative branch,” the speaker said.

Sharkey issued a strong critique Monday of the governor’s latest budget proposal, calling it “a personal hit list.” Democratic leaders and Malloy have not met for more than a week.

Malloy has vented his own frustrations with legislative leaders from both parties, particularly over the lack of suggestions they have offered.

The Democrat-controlled Appropriations Committee unveiled a 2016-17 budget plan earlier this month that is more than $340 million out of balance.

The Republican minority has not submitted a plan. GOP leaders insist their calls to restructure labor costs — which unions have resisted since those calls began one year ago — were belittled by most Democrats until fiscal conditions worsened this spring.

“I don’t think it necessarily makes sense to have any discussions unless they are going to come forward with recommendations which close the gap,” Malloy said.

All sides say they want to avoid tax increases this year. But the governor raised the specter of a veto this week – though he never used that word – when he warned he wouldn’t permit lawmakers to tap the emergency reserve and use one-time funds to pay for ongoing programs in the next state budget. The reserve holds just $406 million, which represents less than 2.5 percent of annual operating expenses. Comptroller Kevin P. Lembo strongly recommends a reserve of 15 percent.

Still, the governor left open a window for future talks with legislators.

“I’m ready, willing and able to talk to anybody about their ideas and their preferences,” he said. “But in the absence of those discussions, they’ll do what they’re going to do and we’ll respond.”