If Trump wins, his campaign will seek CT delegates it can trust 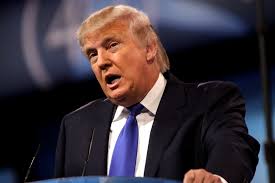 Washington –  Donald Trump aims to win most, if not all, of Connecticut’s delegates in the state’s presidential primary Tuesday; and with more to lose than his opponents, his campaign will pick a slate carefully scrutinized for their loyalty.

The Trump campaign will come into the July convention with many more delegates than his rivals, but perhaps not the 1,237 that would clinch the nomination on the first ballot. In that event, he is worried delegates might stray in subsequent votes, while Texas Sen. Ted Cruz and Ohio Gov. John Kasich will be encouraging the Trump delegates to change their support.

Connecticut will send 28 GOP delegates and 25 alternates to the Republican National Convention in Cleveland. On the first vote, they will cast ballots for their favored nominee. After that, in most states, including Connecticut, delegates are freed from their initial commitment to support the candidate they are pledged to.

That’s when delegate loyalty will count.

Connecticut’s GOP delegates will be apportioned. The winner in each of the state’s five congressional districts will receive three delegates. The other 13 are at-large and will be distributed according to the candidates’ vote totals, unless any one candidate receives 50 percent or more of the vote. That big winner would receive all the at-large delegates.

The task of choosing Connecticut’s Trump delegates has fallen to Justin Clark, who heads the candidate’s state campaign. Clark, who ran Republican Tom Foley’s failed bid for governor in 2014, will submit names of prospective delegates to the national Trump campaign, which will give a final list to the state party for ratification.

Joe Visconti, an unaffiliated candidate for governor in 2014 and a longtime Trump supporter, says it will be difficult to select Trump delegates in Connecticut because they are usually picked from among public officials and donors. But few, if any, state public officials have declared their support for Trump, and the billionaire mogul has few donors since he’s largely self-funding his campaign.

As for Visconti, he said he’d like to be a Trump delegate and vows, “I’ll never waiver.”

Chris Healy, the former Republican state chairman, backed Wisconsin Gov. Scott Walker – who has dropped out of the race – and is now undecided about who he will support in the April 26 primary. But, he said, he’ll back whomever is the eventual Republican nominee.

He’s been a delegate at three previous GOP conventions and would be interested in being one again, “although I’ve never gotten a call from the Trump campaign.”
Healy said the Trump campaign “didn’t understand at first” that delegates could be lobbied and otherwise enticed to switch their support.

“Nothing says you have to be loyal to a candidate,” he said. “Meanwhile, Cruz has been adept at this process because he’s studied the rules.”

Healy said it’s prudent for the Trump campaign to carefully vet the rest of the delegates it may win in next Tuesday’s primaries and the ones after that.

“Naturally, every candidate who earns delegates wants to ensure that they are friendly to their cause,” he said.

But no one is as concerned about the loyalty of their delegates – or has as much at stake – as Trump.

Informal adviser and longtime Trump ally Roger Stone wants Tump delegates at the Republican National Convention to sign a voluntary pledge vowing their support for the candidate throughout the entire balloting process.

“We at Stop the Steal, the grassroots uprising, and March on Cleveland will ask every Trump delegate to the Republican convention to sign a pledge that ‘they will remain committed to vote for the winner of the primary or caucus as chosen by the voters (Donald J. Trump)’ through the entire balloting process,'” Stone wrote in a recent op-ed. “In other words, respect the will of the voters.”

Gary Rose, professor of political science at Sacred Heart University, said if Trump wins big in Connecticut next week “it’s probably not going to be hard to get a loyal slate of delegates.”

“Loyalty is going to depend on the margin of victory,” Rose said.

John McKinney, the former state Senate minority leader, is a Kasich supporter. Yet he thinks the Trump campaign’s vetting for loyalty “is a smart thing to do,” since some of the candidate’s delegates have turned out to be wolves in sheep’s clothing.

Although a recent Quinnipiac University poll showed Kasich trailing Trump in the state by 20 points – 28 percent to 48 percent, with Cruz garnering 19 percent – McKinney is optimistic Kasich will win Connecticut delegates, especially since 25 percent of those polled said they could change their mind.

“There’s a lot of time between now and Tuesday,” McKinney said.

The best bet for Kasich, McKinney said, is winning the three delegates allocated to the Fairfield County-based 4th Congressional District, and keeping Trump from winning 50 percent so some at-large delegates can also be grabbed.

Meanwhile, Bob MacGuffie, state chairman of the Cruz campaign, is hoping he will have the chance to pick up some Connecticut delegates as well.

“He’s clearly the conservative in the race,” MacGuffie said of Cruz.

Unlike Trump and Kasich, Cruz has not campaigned in Connecticut. But he’s received the endorsements of state State Sen. Joe Markley and state Rep. Rob Sampson.

So it’s possible Connecticut could send a mixed delegation to the GOP convention in Cleveland, a departure from the last nominating contest. At that event in 2012 in Tampa, all Connecticut GOP delegates were pledged to Mitt Romney.