Connecticut’s public colleges and universities turned to tuition hikes more than any other state between 2014 and 2015 to cover their budget deficits, according to a report released this week by the State Higher Education Executive Officers Association.

The increased dependence on tuition means Connecticut’s students are now covering half of the public schools’ costs for the first time since the SHEEO began tracking the data.

The report also said Connecticut had the nation’s highest per capita taxable resources, based on U.S. Treasury estimates of a state’s relative fiscal capacity, which is used to determine funding levels for federal programs.

The large jump in tuition’s share of school revenue wasn’t the result of cuts in state funding, but rather state funding increases that did not keep pace with the schools’ growing budgets.

The report said, however, that Connecticut comes in 43rd place among the states for the 3.5 percent of its tax revenue that it sends to support public colleges and universities.

This cost-burden shift is not likely to change next year. Both the University of Connecticut and the Connecticut State Colleges and Universities system – the state’s two public college systems – have approved tuition increases for next year, and state legislators are not expected to funnel additional money to the schools as they struggle to close the state’s deficit. 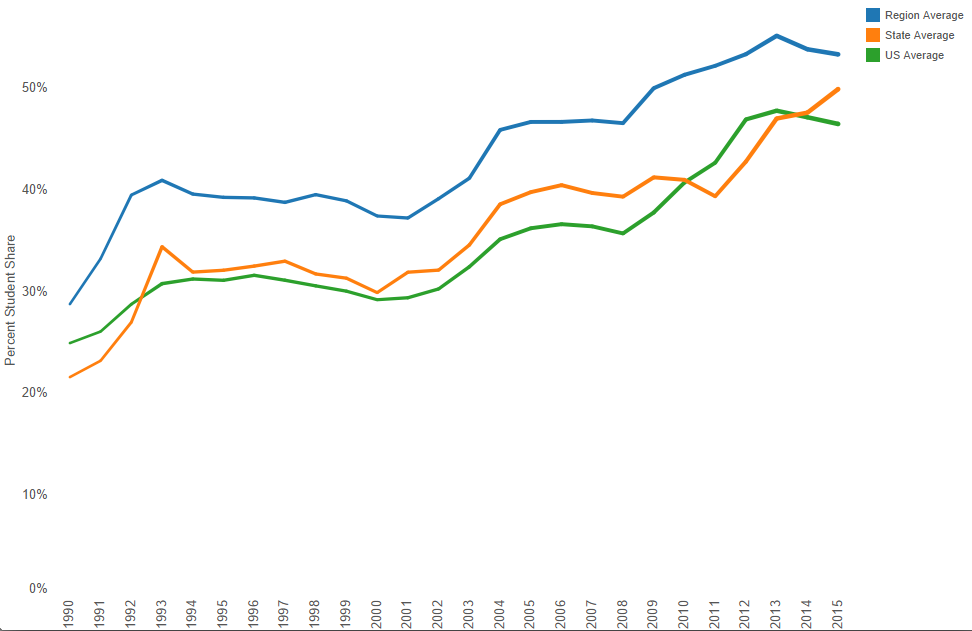