Fees for nonprofits to run charter schools may be capped 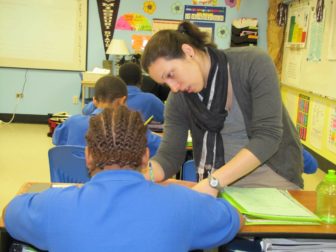 The fee a management organization receives for running a charter school in Connecticut may be capped at no more than one dollar out of every 10 the school receives from the state.

That is the standard the State Department of Education applied when deciding which proposed contracts between charter school boards and management organizations the department would endorse and forward to the State Board of Education for final approval.

“If we saw fees of 10 percent or less, that would be reasonable,” Robert Kelly, who oversees charter schools at the education department, told members of a committee of the State Board of Education on Wednesday.

State oversight of charter management organizations came under fire after a series of articles published by the Hartford Courant in 2014 revealed questionable spending of public money, the hiring of staff with criminal backgrounds and public disclosure laws that in effect shielded those publicly funded schools from the state’s Freedom of Information Act (FOIA).

The contracts that charter school governing boards enter into with management companies now must come before the state education board and must include provisions that make clear the schools are subject to the FOIA and must conduct background checks.

It’s unclear what impact a 10 percent limit would have on future or existing contracts.

Two proposed contracts came before the State Board of Education’s Legislation and Policy Development Committee Wednesday, and probably will be adopted by the full board during a meeting in August.

The first, for Achievement First Hartford, already charged a fee not to exceed 10 percent. Capital Prep Harbor in Bridgeport just opened and has negotiated a 10 percent fee.

“Are we prepared to cap that fee?” Joseph J. Vrabely Jr. asked other members of the legislation committee, without getting a response.

There are 20 other charter schools in the state, and proposed contracts for those schools have not yet been released. The state is slated to send $110 million this year to charter schools, so a 10 percent cap would mean no more than $11 million would go to these nonprofits.