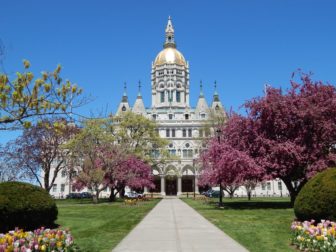 State agencies reduced overtime costs by nearly $33 million through the first 11 months of the fiscal year that ended in June, according to a report released by the legislature’s nonpartisan analysts Thursday.

The savings are a 13.9 percent reduction from the previous fiscal year.

The report from the Office of Fiscal Analysis found the state spent $204.7 million on overtime through the end of May, a $32.9 million decrease from the $237.6 million spent in the 2015 fiscal year.

“We are working exceptionally hard to make government smarter, leaner and more efficient,” Gov. Dannel P. Malloy said in a statement Thursday. “As this report today shows, we are making strides towards that effort.”

In total, 25 state agencies reduced overtime pay from the previous fiscal year, including nine that cut overtime pay by more than half.

About 90 percent of savings was achieved through overtime pay cuts in five state agencies:

Only one agency had no overtime expenses for the first 11 months of the 2016 fiscal year – the Department of Motor Vehicles. It spent about $6,500 on overtime in the previous fiscal year.

However, 11 state agencies saw an increase in overtime expenses. Among those, the Office of the Chief Medical Examiner increased overtime pay by 55 percent – jumping from $249,305 to $387,225 – while the Office of Early Childhood’s overtime pay more than quadrupled, rising from $6,657 to $31,062.

Legislators have pushed for more overtime savings in recent years as part of a broader effort to reduce the cost of the state workforce. Sen. Beth Bye, D-West Hartford, co-chair of the legislature’s Appropriations Committee, said the fact that the state achieved any savings while reducing the workforce makes it “even more impressive.”

“I think these numbers just go to show that Connecticut is taking its fiscal responsibilities very seriously, and that we are leaving no stone unturned – including layoffs, reduced overtime and increased productivity – in our effort to achieve budgetary savings,” Bye said.

Senate Minority Leader Len Fasano, R-North Haven, said these savings are “barely a beginning” to the restructuring needed to create greater efficiency in state agencies. Republicans are pushing for creation of an overtime accountability board in the Office of Fiscal Analysis, which would attempt to identify further savings.

“Overtime accountability does produce savings. I fundamentally believe that if someone is paying attention and asking questions and pushing back on the utilization of overtime, then those expenditures will naturally reduce,” Fasano said. “The more we do to monitor and raise questions, the more we can naturally reduce overtime costs, which is why Republicans will continue to push for an overtime accountability board.”

While the state workforce has shrunk by 5 percent – about 1,000 employees – since last July, most of the layoffs came late in the fiscal year and would have had a minimal effect on the amount of overtime pay in the 2016 fiscal year.

New federal rules could hamper future efforts to reduce overtime costs. Under an executive order issued by President Barack Obama in May, employees who work 40 hours per week and make less than $47,476 will become eligible for time-and-a-half overtime pay on Dec. 1. The current threshold is $23,660.

The U.S. Department of Labor estimates about 46,000 employees in Connecticut will be eligible.