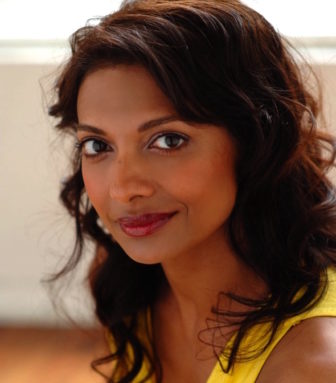 Though her use of an online petition, Mellini Kantayya, touched off a furor over the rapid price hikes in the cost of EpiPens, the auto-injector that delivers a drug that counters the effects of a potentially fatal allergic reaction. The actress and writer who grew up in South Windsor wasn’t initially aware of the impact her petition was having, but hopes it will open the door to greater scrutiny of the pharmaceutical industry.

The Connecticut Mirror interviewed Kantayya about her social media posts that generated thousands of letters to Congress on the plight of parents struggling to buy the lifesaving medical device.

Q. How did you become involved in the EpiPen story?

A. It was quite accidental. This is not my shtick. I’m an actor and a writer. I write a satirical column for the Huffington Post, so I’m always skimming the news to see what’s going on. I read a PBS Newshour story about how EMT personnel are using syringes because the EpiPen is too costly.

Q. And this hit home?

A. At the same time I was aware that my husband has an allergic condition. It’s never been life threatening but out of an abundance of caution his dermatologist wanted him to get an EpiPen because we were travelling. It only cost us a $25 co-pay. There was a little pang of guilt.

Q. Pang of guilt because others without comprehensive insurance coverage pay more?

A. Six hundred dollars (for a package of EpiPens) is very painful for families. Especially when there are severe allergies and you have to have EpiPens everywhere.

A. We had a pivotal offline conversation. She complained she had to pay $600 for EpiPen for her child.

Q. You shared that petition link with your Facebook friends in a post entitled “Stupid pharmaceutical company,” but you didn’t know it had taken off, that it probably helped prompt Sen. Richard Blumenthal and others to want congressional investigations into Mylan the company that makes EpiPens… 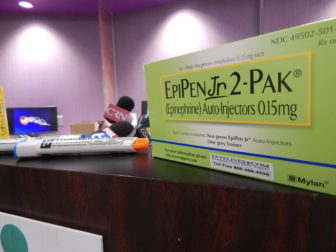 An EpiPen two-pak from Mylan

A. I went away on a vacation to Canada. When I returned, I got a call from the New York Times. I was really happy that (the petition) was making the news but I had no idea I was adding fuel to the fire.

A. I did that consciously because some of the (online) petitions just stay on social media. They have a social awareness impact, but they may or may not reach members of Congress.

Q. Why do you think the EpiPen price hikes affect everyone?

A. We only pay a $25 co-pay, but we do pay a social cost. It’s the cost of schools carrying the EpiPen, of insurance rates going up for everyone and having people struggling and going without.

Q. What do you hope will happen?

A. I am really hopeful that this goes beyond EpiPen. My greatest wish is that there would be a public policy change on pharmaceuticals and their pricing.