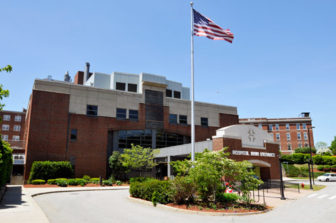 Backus Hospital in Norwich, which delivered the best margin among Connecticut hospitals

The finances of Connecticut hospitals weakened during the 2015 fiscal year, with a drop in the average margin and fewer hospitals turning a profit. Even so, the majority of hospitals in the state remained profitable, and the cost of uncompensated care fell by 15.6 percent, according to a report by the state Office of Health Care Access.

The financial status of Connecticut hospitals has been a hot topic among Connecticut policymakers, who have faced off repeatedly in recent years over how much to tax or cut funding to hospitals to help balance tight state budgets.

Members of Gov. Dannel P. Malloy’s administration, who have sought to cut funding to hospitals in recent years, have said hospitals have benefitted from a major increase in Medicaid enrollment and spending under the federal health law, and have largely done well financially. Hospital officials, meanwhile, say Medicaid funding doesn’t cover the cost of care – so treating more patients with that coverage doesn’t help their bottom lines – and they say they have had to tighten their budgets and, in some cases, cut jobs and programs to deal with increased state taxes. Many hospitals are pursuing legal action against the state over its use of a provider tax, which is expected to cost the industry approximately $439 million this fiscal year.

As in the past, the financial status of individual hospitals varied widely. Backus Hospital in Norwich, a consistently strong performer in recent years, topped the state with a 13.78 percent total margin. Sharon Hospital reported a -57.1 percent margin, which the report said reflected a one-time accounting change. The next lowest was Milford Hospital, which has struggled financially in recent years; its -7.2 percent margin in 2015 was an improvement over the two previous fiscal years.

Hospital financial performance
Total margins (which include both operating and non-operating margins) for Connecticut hospitals in the 2015 fiscal year and their five-year average total margin for the 2011 through 2015 fiscal years. Note: New Milford Hospital is now part of Danbury Hospital.
Connecticut Office of Health Care Access

Heath systems – hospital parent corporations and subsidiaries – took in $277.7 million more than they spent in 2015, down from $916.4 million in 2014. (Hospital officials have noted that the 2014 figure was higher than it might otherwise have been because it included nearly $300 million from Western Connecticut Health Network’s acquisition of Norwalk Hospital, a one-time asset transfer.)

UConn, which operates John Dempsey Hospital in Farmington, had the top system margin – 13.3 percent. That was the result of $440 million in non-operating gains that came from state and capital appropriations; it offset a $286 million operating loss, according to the report.

The report covered the first full fiscal year after the expansion of health care coverage under the federal health law. It found that, overall, uncompensated care cost hospitals $199.9 million in 2015, representing 1.9 percent of expenses; that was down 15.6 percent from 2014, when uncompensated care accounted for 2.4 percent of total expenses.

The report’s authors wrote that they had expected a decrease in uncompensated care as coverage expands under the health law, but they said the data available could not prove a direct correlation between the change and the law. Uncompensated care includes both care delivered with no expectation of payment and bad debt.

Overall, 78 percent of hospital beds were occupied in 2015, the same rate as 2014, but the occupancy rates varied by hospital. Bridgeport Hospital’s occupancy rate was 99 percent, the highest in the state. The lowest was Windham Hospital, at 38 percent.

“We look forward to continued productive and earnest discussions with the hospitals regarding health care delivery around the state – including the role of Medicaid, which, as the report points out, accounted for about 20 percent of discharges last year,” Chris McClure, a Malloy spokesman, said. “It is our hope these conversations will yield positive results for both the state and the hospitals.”