The Justice Department declined to say why it will send monitors from its civil rights division to those cities and towns, but Secretary of the State Denise Merrill indicated  the state’s new voting system for the disabled triggered the monitoring under federal election law.

“We welcome the U.S. Department of Justice’s presence to ensure compliance with the Americans with Disabilities Act and the Help America Vote Act,” Merrill said in a statement. “My office worked with the Department of Justice to acquire new ballot-marking devices for voters with disabilities, which will be available at Election Day registration sites. Our understanding is that this is the subject of their interest.”

The state spent $1.5 million for a “state-of-the-art” computerized system that will allow disabled voters to first vote, then print their ballots. The new system will be used for the first time Tuesday.

The Justice Department sends monitors to jurisdictions where information reveals potential questions regarding compliance with one or more federal voting rights provisions established by the 1965 Voting Rights Act and other statutes.

The Justice Department said it will send about 500 officials to monitor elections in dozens of cities and towns in 28 states on Election Day.

The federal observers in  Hartford, West Hartford, East Hartford, New Britain, Farmington, Middletown and Newington  will be the first  in the state since  2002. That year, federal civil rights attorneys were sent to precincts in Waterbury.

But this year, the Justice Department will have fewer resources to watch over elections, even as Republican candidate Donald Trump insists there will be “fraud” and several states are implementing new voting regulations, including the requirement that voters have official identification cards or documents. Critics say some of these new voter laws make it harder for minorities to cast ballots.

A Supreme Court decision issued in a case about three years ago, Shelby County v. Holder, severely ties the hands of the Justice Department. That decision freed nine states, mostly in the South, from having to seek federal permission to change their election laws. 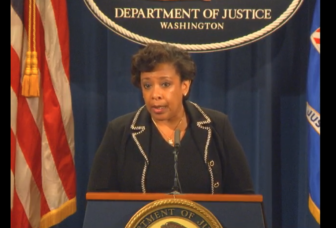 Because of the Supreme Court’s action, the Justice Department can send out hundreds of monitors to oversee Election Day compliance, but the numbers will be smaller than before and monitors can only enter polling places if local officials agree.

The state Republican and Democratic parties also will be watching the polls. The parties have also set up hotlines for those who encounter obstacles at the polls, manned by attorneys who have volunteered their services.

The secretary of the state’s office also has established an Election Day hotline and email address to report any issues or problems. The phone number is 866-733-2463 and the email address is elections@ct.gov.