Another push to delay linking teacher evaluations with test scores 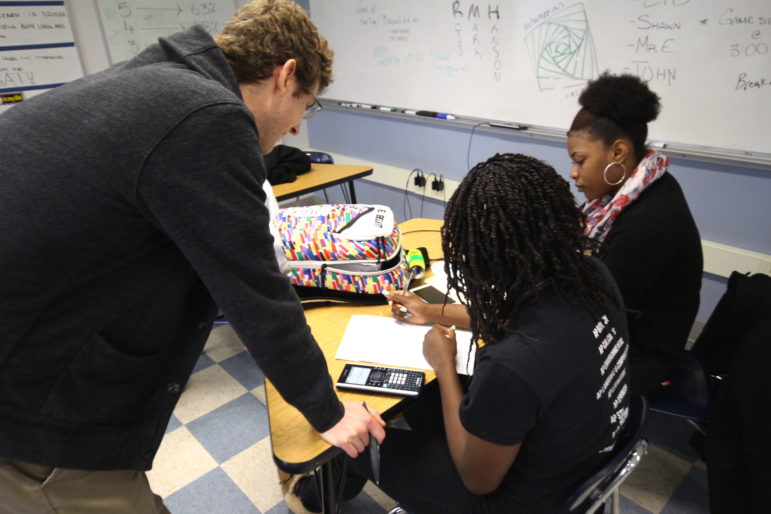 More time is needed before requiring that teachers be evaluated based in part on student test scores.

That’s the unanimous conclusion of the panel that the State Board of Education relies on for advice on educator evaluations. The recommendation comes nearly five years after the same panel voted to begin linking test scores to teacher evaluations. The deadline for doing so has been pushed back year after year. It also comes three months after Hartford Superior Court Judge Thomas Moukawsher lambasted the delay in a sweeping ruling in a case challenging the state’s school funding system.

“It hardly seems unreasonable to evaluate teachers partly based on how much their students have learned from them,” the judge wrote. He called the current evaluation system “little more than cotton candy in a rainstorm.”

The final call will be up to either the State Board of Education, empowered by the legislature to decide how teachers are graded, or the Connecticut Supreme Court, which has been asked to either uphold or reject Moukawsher’s order to overhaul how teachers are graded. The evaluation advisory group plans to pitch the delay to the State Board of Education in the coming weeks.

“The way I would put it to the state board, would be it is premature to require or prohibit [using test scores] because we have other issues to deal with. And while we are dealing with those other issues, let’s not make a decision that it’s too early to make. So let’s allow the present situation to go on for at least another year,” said Joe Cirasuolo, the executive director of the Connecticut Association of Public School Superintendents. Cirasuolo is a member of the Performance Evaluation Advisory Council (PEAC), the panel that advises the state education board.

But Allan Taylor, the chairman of the state education board, said he was “drawing a line in the sand” on any further delays when he voted to allow the most recent one in April.

“We can give you one more year because I think the flypath we are on is one that’s worth following to a smooth landing,” Taylor said then. “We think there’s nothing to be gained from any further postponement… We will have had plenty of time to talk about it.”

During an interview Wednesday, he said he’s willing to hear why the Performance Evaluation Advisory Committee feels more time is needed – but said it will take some convincing. 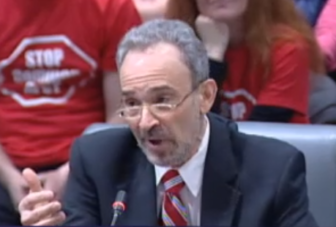 State Board of Education Chairman Allan B. Taylor

“Ultimately, successful teaching is measured by or defined by whether students are able to better negotiate their way in the world,” he said. “State tests at this point, I think, measure that better than any other way that has been presented to us… If PEAC wants to convince us otherwise, we will listen.”

But he said, whatever the alternative, “It should have a way of factoring in the success of our children.”

During a PEAC meeting last week, members who represent teachers’ unions, school boards and superintendent groups agreed that requiring that state tests count for nearly one-quarter of a teachers’ grade would make the evaluation process less productive and more confrontational.

They worried it would derail worthwhile conversations between the evaluator and the teacher.

“What’s to be gained by making a change in the status quo? What’s a potential damaging effect or loss that could occur if we make a change to the status quo?” State Education Commissioner Dianna Wentzell said as the meeting began.

“What we are presently embarking on is good stuff,” said Mark Waxenburg, the executive director of the Connecticut Education Association, the state’s largest teachers union. He is one of the most ardent opponents of factoring improvement on state test scores into individual evaluations.

“It’s not kicking the can down the road as much as it is defining the appropriate use of it,” said the teachers’ union leader.

Wentzell said all the angst around adding in test scores is causing more harm than good.

“Anxiety is counterproductive to learning, and its a learning system,” she said.

The current evaluation system allows districts to include the state test results, but no district currently is counting them for one-quarter of a teacher’s evaluation.

Judge Moukawsher faulted that system, saying, “There is no way to know who the best teachers are and no rational and substantial connection between their compensation and their effect on teaching children.”

Data released at trial show that last school year 546 teachers (1 percent of the state’s nearly 50,000 teachers) were evaluated as either “below standard” or “developing,” the two lowest ratings. Nearly identical results occurred in the 2013-14 school year. (See how teachers in your school district fared over the last two school years here). The vast majority received ratings of “proficient” or “exemplary.”

The state has not looked into what the evaluation results would have been had test scores been included, officials testified during the school-funding trial.

The judge’s order to overhaul the evaluation system has been put on hold until the state Supreme Court weighs in. Last week, Connecticut Attorney General George Jepsen wrote in a brief to the high court that the lower court judge overstepped his authority.

Only the General Assembly “could dictate such standards or systems, which would also, of necessity, interfere with and upend current collective bargaining agreements and procedures,” Jepsen wrote. “The court made no attempt to tie its concerns in this regard to any particular failures of students nor to any particular missing educational opportunities. Instead, it simply criticized the current approaches to evaluation and compensation as irrational, apparently because the court found that the current evaluation system is toothless and that change has been too slow in coming.”

A timeline of how we got here with teacher evaluations