5 health care stories to watch in the 2017 legislative session

The new year is likely to bring lots of potential changes in health care policy at the federal level, as President-elect Donald J. Trump and Republicans in Congress are expected to take on Obamacare, Medicaid and, potentially, Medicare.

But there will also be plenty of health care issues debated in Connecticut’s Capitol during the upcoming legislative session, which begins Wednesday, Jan. 4. Here’s a look at a few stories to watch.

The state’s fiscal troubles are likely to dominate the upcoming session. Nonpartisan analysts have pegged the next fiscal year’s budget deficit at $1.45 billion, and spending on health care and social services are particularly likely to face possible cuts.

That’s in part because a large chunk of state spending is money that can’t be easily tinkered with – such as money spent to pay off state debt and contractual obligations to workers. It also reflects the fact that a lot of state spending goes to health care.

Medicaid, which covers close to 750,000 Connecticut residents, is the largest line item in the state budget, at $2.4 billion this fiscal year. School-based health centers, which receive approximately $11 million per year in state funds, are the largest line item in the state Department of Public Health’s budget, a fact that officials at the clinics say makes them vulnerable to reductions, even though they have been identified in multiple reports as an optimal way to ensure that young people can access care, including mental health services.

But Johnson also sees potential opportunity in the state’s fiscal woes: He and other anti-tobacco advocates have long pushed for the state to increase taxes on products such as chewing tobacco that are not taxed at the same rate as cigarettes, and have advocated for large hikes in cigarette taxes to discourage use. (They want at least a portion of the money to go into anti-tobacco efforts and programs to help people quit smoking, which the state currently doesn’t fund except as a benefit for Medicaid clients.)

The Department of Public Health included several tobacco-related measures in its list of potential legislation, including a proposal to ban smoking on school property and in prisons, psychiatric facilities and public housing projects – some of which are currently exempted from the state’s indoor smoking ban. The department also recommended raising the smoking age to 21, a measure supporters say could make it less likely for young people to start smoking. A similar measure failed to make it out of committee last year. One problem opponents cited: It could cost the state millions of dollars in cigarette taxes if fewer young people smoke.

Pedro Lopez inquires about the wait time at the Access Health CT store in New Britain in 2014.

Efforts in Washington to repeal the Affordable Care Act could have major implications for Connecticut, and state leaders say they plan to respond. But exactly how will depend on what federal lawmakers do.

“We know that we’re going to have to react to certain things, and we’ll be ready to react,” said Lt. Gov. Nancy Wyman, who leads the board of Connecticut’s health insurance exchange, Access Health CT.

So what would that involve?

“We’re hoping that we can continue our exchange,” Wyman said. But she added that doing so could require changes since the federal government currently provides subsidies that discount the price of coverage for about three-quarters of the exchange’s customers.

Access Health CEO Jim Wadleigh said he doesn’t anticipate specific state legislation related to the health law, but said it’s possible, depending on what happens in Washington. He said much will depend on whether federal lawmakers repeal the law immediately, repeal it with a transition period, or don’t repeal it. “My gut says we’ll know more in the first couple weeks of January on how we would need to react,” he said.

And Wadleigh said there could be other proposals aimed at ensuring that insurance companies that participate in the exchange can stay viable and continue selling insurance through the marketplace. Only two insurers are selling plans through Access Health, down from four in 2016. 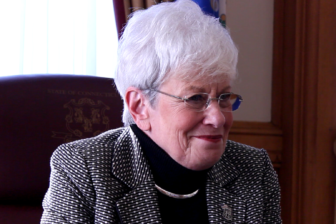 Legislators will be getting a list of suggestions from the state’s Health Care Cabinet, a group of state officials and representatives from industry groups, advocacy organizations, foundations and others, who were charged with coming up with recommendations for addressing cost growth and price variation as part of a 2015 health care law.

Among the recommendations in the cabinet’s 106-page report: setting a target for health care cost growth, creating a state Office of Health Strategy to coordinate efforts in the state and private sector, and adopting a new payment model for Medicaid and the state employee health plan that ties health care providers’ compensation to meeting cost and quality targets.

Wyman, who chairs the cabinet, said Gov. Dannel P. Malloy will review the report and determine what pieces should go forward as legislation.

Asked what she would recommend, Wyman said creating the office of health strategy. It’s important, she said, to bring together the health-related efforts. (Malloy’s budget director, Benjamin Barnes, voted against that recommendation in November, saying, “I don’t have any money to fund it.”) 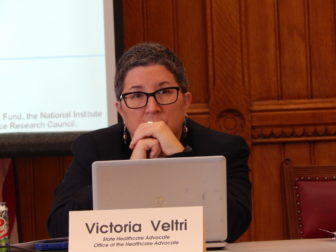 Victoria Veltri, Wyman’s chief health policy advisor, said the cost growth target also seemed to be popular among cabinet members. “It’s a logical thing to try to work on over time,” she said.

What about the new payment model? It was among the most controversial of the cabinet’s recommendations, drawing pushback from the state Department of Social Services and some advocates for Medicaid clients, as well as legislators on the council that oversees Medicaid.

“It is part of the recommendations. I don’t know how far it’s going to go right away,” Wyman said. But, she added, “I think in the long run, you are going to see that happening. I think the federal government’s going to move us that way. We’re seeing it happen in other places.”

The state Department of Public Health ruffled feathers among municipal leaders when it floated a proposal to consolidate the 73 local health departments and districts into approximately eight – characterizing it as a way to address variability in the services and staffing levels of local health agencies, and reduce health disparities.

“The system that we currently have in place in the state of Connecticut, it’s not efficiently and effectively delivering local health services in a uniform, standardized manner across the state,” DPH spokeswoman Maura Downes said.

The department’s proposal called for each municipality to pay 1.5 percent of its budget toward its new regional health district – something municipal leaders say would be a huge spending increase.

Connecticut Conference of Municipalities spokesman Kevin Maloney called the proposal a “huge new costly unfunded mandate,” and said it could be a way for the state to cut its own costs by shifting public health responsibilities onto the local level.

“It’s going to be a huge cost and will have a questionable impact on local health services,” said Betsy Gara, executive director of the Connecticut Council of Small Towns. “We’re very concerned that it will actually undermine the delivery of health services on the local level.”

As an example, she said, a town with a big elderly population might want to focus more on providing support for people with Alzheimer’s and outreach to seniors, while other towns might be more focused on addressing asthma or drug abuse.

“Under the consolidated approach, it’s going to be very difficult to ensure that services are tailored to meet the needs of the individual community,” she said.

Downes said the proposal is still in the “very early stages,” and subject to revision based on feedback from municipal leaders and local health officials. “By no means is anything set in stone at this point,” she said. 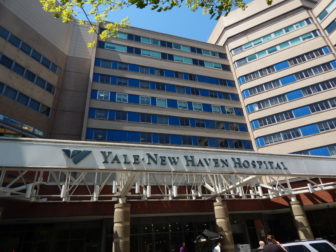 Look for a proposal to make changes to the way the state regulates health care services and facilities – but it might be more fine-tuning than wholesale revision.

The state currently requires hospitals and other health care providers seeking to make certain changes or transactions to get state approval, known as a certificate of need. The process has drawn attention in recent years as hospitals have joined larger systems and physician practices have become part of hospital networks.

Malloy appointed a task force in early 2016 to consider potential changes to Connecticut’s certificate of need requirements, and the group has heard competing views.

Unions and advocacy groups have sought broader state regulation, such as requiring hospitals to get state permission before substantially reducing the scope of a service being offered, and having the state play a larger role in monitoring health care prices and availability. Physician groups, meanwhile, have called for the state to eliminate all certificate-of-need requirements, saying they stifle competition and hurt the state’s ability to recruit and retain doctors. Hospitals have suggested that the process should be used to ensure that all health care providers treat patients at risk of being underserved, but that it’s not the appropriate way for the state to address health care costs.

The task force hasn’t yet finished its work, but isn’t expect to reach consensus on its recommendations.

Wyman, who chairs the task force, said she’s been surprised. “I think we all walked into this thing saying, ‘OK, we can get rid of a lot of oversight,’” she said. “Everybody says, ‘Oh, you’re tying my hands, you can’t do things.’ And then we look at it, and I think they want it tied tighter.”

Does that mean the result will likely be fine-tuning, rather than wholesale changes?

“It looks like it,” Wyman said, though she cautioned that the task force was still working and she wasn’t speaking for the governor. “But you know what? Government needs fine tuning, and there’s nothing wrong with fine tuning a process without major changes if we can.”