A Yale Law School team helped convince a judge Saturday to temporarily stop the government from deporting foreigners detained at U.S. airports based on an executive order by President Donald Trump.

But the order has quashed about a dozen refugee families’ plans to resettle in New Haven in coming weeks.

Those were the local angles on a fast-developing story about a sudden change in how the U.S. deals with people attempting to come to this country. President Donald Trump made the change in an executive order issued Friday. The order put a 120-day ban on any refugees coming to the U.S., an indefinite ban on any Syrian refugees, and a 90-day ban on any people, period, coming here from the predominantly Muslim nations of Iran, Iraq, Libya, Somalia, Sudan, Syria and Yemen. Trump argued that foreigners from these nations pose a terrorist threat to the U.S. 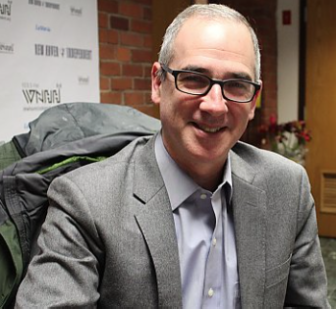 On Saturday an estimated 100-200 legal U.S. residents returning to the country from abroad were detained at airports throughout the U.S. because of the order, with plans to deport them. The detainees included residents with green cards, students with visas to attend school here, travelers returning from trips.

Then, Saturday night, a federal judge in Brooklyn ordered a temporary halt to those deportations. She acted on a motion for a stay drafted by a team of Yale Law School students who had been working non-stop since Friday night in concert with other attorneys and civil-liberties groups around the nation. (The ruling did not order the arrivals to be allowed into the country.)

“We were extremely excited that it worked,” said Elizabeth Willis, one of 20 Yale law students on the team. She plans to become an immigration lawyer after finishing her studies next spring.

“We felt that we were able to use the law to bring at least a small amount of justice to people whose rights were violated … and push back against these kinds of unconstitutional acts.”

The temporary stay does not affect the ban on accepting new refugees.

A Syrian refugee family made it to New Haven just in time Thursday, before the executive order. The family of five is the latest to be brought here through New Haven’s Integrated Refugee & Immigration Services (IRIS). A coalition of local synagogues, called the Jewish Community Alliance for Refugee Settlement (JCARR), is helping the family get settled.

Another dozen or so refugee families — including from Syria, Afghanistan, Iraq, and Congo — had been approved to arrived in the next two to three weeks, according to IRIS Executive Director Chris George. Trump’s executive order kills those plans. The order also kills the plans of relatives to join some families who have already settled here.

“It’s gut-wrenching. It’s shameful,” George said of Trump’s order. His agency resettled 477 refugees, including 279 fleeing the brutal civil war in Syria, in Connecticut during the fiscal year that ended on Sept. 30 New Haven’s refugee families “feel these executive orders are a major shift in American attitudes toward refugees. The are afraid they’ve come to a country that’s not as welcoming as they thought,” George said.

At the same time, George said, he is “so encouraged” by the support that has flowed form throughout the state for IRIS and the refugee families this week — including the work of attorneys to win the temporary stay against part of Trump’s order.

A Call To New Haven

The call for help to New Haven came at 10 p.m. Friday., around five hours after Trump signed his executive order.

Rebecca Heller made the call. She runs the International Refugee Assistance Project Urban Justice Center out of New York. She is a graduate of Yale Law School, where she worked in the student clinic, the Jerome N. Frank Legal Services Organization.

She was calling Professor Michael Wishnie, who oversees the Yale clinic and specializes in immigration cases. She told Wishnie that authorities were holding an Iraqi man, who legally resides in the U.S., at the airport because of the order.

It turned out two Iraqi men were being detained. One was Hameed Khalid Darweesh, an interpreter who had done work for the U.S. military in Iraq from 2003 to 2013. His work “placed him in substantial risk of being targeted, attacked and killed by anti-American militias and insurgents,” in the words of a petition Wishnie and his students would soon write. The other man was Haider Sameer Abdulkhaleq Alshawi, who had obtained permission to relocate here to join the rest of his family in Texas. Alshawi, an accountant, worked for a U.S. contractor, Falcon Security Group,from 2006 to 2007, and has been targeted as a suspected collaborator by insurgents, according to the petition.

Wishnie’s students got to work right away. A first group began drafting a petition for a writ of habeus corpus on behalf of the two men and others being detained at airports across the country. Some of the students slept as little as two hours. (Click here to read the petition.)

A second group began in the morning to draft an emergency motion for a stay of removal and a legal memorandum supporting it. In the memorandum, they argued that, among other constitutional violations, Trump’s order “expressly discriminates against Petitioners on the basis of their country of origin and was substantially motivated by animus toward Muslims, in violation of the equal protection component of the Due Process Clause of the Fifth Amendment.” The memo also argued that the order “violated procedural requirements of the Fifth Amendment and the Immigration and Nationality Act by seeking to return Petitioners and members of the proposed class to their home countries without the opportunity to present claims for asylum or other forms of humanitarian protection.” The memo added that the two men “likely face serious bodily harm, persecution, and death absent a stay of removal.”

As the students worked, lawyers were mobilizing all over the country, visiting the airports and helping detainees. Support rallies sprung up as well.

The law students’ drafts went to lawyers across the country, as well, for revisions.

After the petition was filed, the two Iraqi men were released. But many more people remained in detention at U.S. airports.

Meanwhile, lawyers from the ACLU argued the motion for the stay of removal before U.S. District Court Judge Ann M. Donnelly at 7:30 p.m. On a half-hour notice, activists organized supporters to rush to courtroom to demonstrate.

Around 9 p.m., Judge Donnelly issued a one-page ruling granting the stay. Donnelly, an appointee of former President Barack Obama, wrote that the petitioners stand “a strong likelihood of success” in proving that their removal violates their constitutional rights to due process and equal protection; and that “refugees, visa-holders and other individuals from nations subject” to Trump’s order face “imminent danger” of “substantial and irreparable injury.” 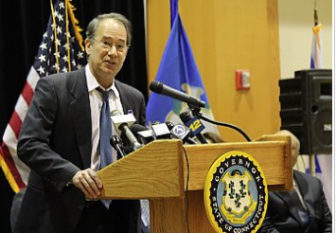 The full immediate effect of the stay was unclear around midnight. Wishnie and Willis said reports were coming in that detainnes ahd been released from airports in Boston, Chicago and Atlanta. They’d heard that at other airports detainees may still face deportation because attorneys haven’t had access to them, but that information couldn’t be confirmed.

Two results of the stay were clear, though. The Yale students had helped win a swift short-term victory in prevent a president from taking what they consider unconstitutional and discriminatory action.

And the bigger battles remain to be waged — including the Yale law team’s quest for a broader ruling deeming the executive order unconstitutional.

Following is the text of the email:

To the members of the Yale community:

An executive order signed by President Trump on Friday restricting the entry of individuals from seven countries into the United States may affect members of our community. We share in your concern regarding this situation and assure the community that we are working closely with students and scholars who are directly affected.

We are also in touch with our colleagues at other universities and the Association of American Universities (AAU), of which Yale is a member. The AAU has issued a statement urging a quick end to the administrative order barring returning students and faculty from certain countries, available here. We will continue to monitor the situation and to explore the best options available in response.

More information is on the website of the Office of International Students and Scholars and will be updated regularly.