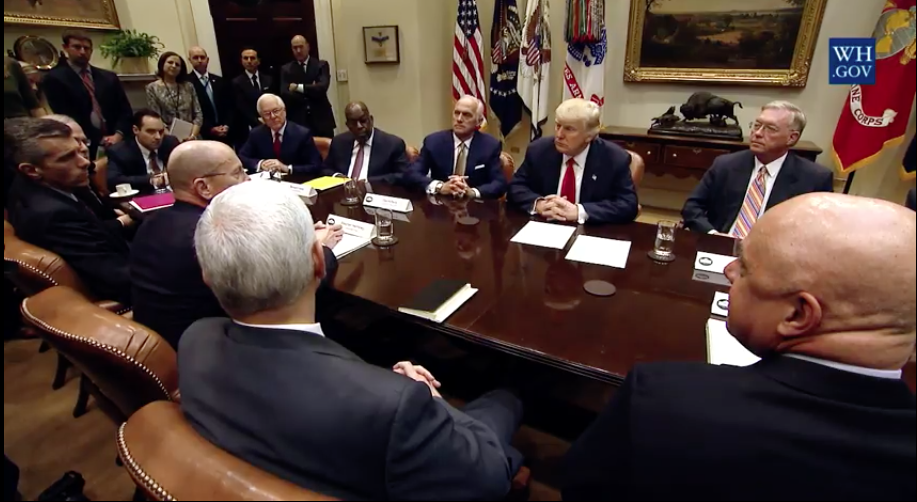 Washington – The nation’s health insurers are weighing the GOP’s newly released bill to replace the Affordable Care Act, which contains things they wanted – and some things they may not like, but for now are keeping their opinions to themselves.

While many big insurers, including Aetna, United Healthcare and Anthem, said they lost money on plans they sold in certain ACA exchanges, they had several years to come to terms with the Affordable Care Act’s weaknesses and pushed for reform of the health law, not its repeal.

Aetna CEO Mark Bertolini surprised many after November’s election, which put Donald Trump in the White House and made repeal of the ACA possible, when he said his company had not planned for an end to Obamacare.

Now Aetna and other insurers face another health care overhaul that would once again impact the way they do business.

Insurers were noncommittal after the rollout of the new health bill late Monday.

“We are reviewing the bill, with a commitment to a stable market that best ensures affordable, high-quality coverage for all Americans,” said Kristine Grow, spokeswoman for America’s Health Insurance Plans.

As the bill moves through committees in Congress – the first action on the bill is already scheduled for Wednesday – insurers and other stakeholders will seek changes.

Grow said, “By working collaboratively and in a bipartisan manner with policymakers and the administration, together we can improve health care in our nation.”

“If they are smart, they are going to remain silent and let the legislation take its course,” said Rep. John Larson, D-1st District. “It’s a little early for them to comment.”

The GOP health plan was greeted wit blistering criticism by Democratic lawmakers and rejected by conservative Republicans who, like Sen. Rand Paul, R-Ky., considered it “Obamacare lite” because they said it would replace one taxpayer-financed entitlement program with another.

Larson, who represents the Hartford area, often described as “the insurance capital of the world,” said insurers aren’t likely to want to “get in the middle” of the political fight.

He also said insurers need to make actuarial assessments of how the plan, called the American Health Care Act, would change the individual and small group markets.

“I’m sure the insurance companies are going to hold tight until they look at their numbers,” Larson said. But he predicted premiums are likely to rise.

A big problem for insurers is that the “American Health Care Act” would immediately end the ACA’s mandate to purchase insurance, but it has no replacement mechanism to prod healthy consumers to purchase plans, said Craig Garthwaite, director of the Kellogg health program at Northwestern University.

“It’s hard to imagine what the insurers would like in the plan,” he said.

While the new law would loosen the ACA’s strict insurance reforms so carriers could offer a wider array of policies, with less coverage and lower costs, Garthwaite said, “the subsidies are too small to allow people to purchase much insurance.”

Garthwaite said only two groups of people would probably purchase individual policies under the new plan, those who are “risk adverse,” and want good insurance coverage although they are healthy and don’t need it, and “those who are especially sick and need insurance.”

The American Health Care Act prohibits insurers from denying coverage to those with pre-existing conditions. But it would impose a penalty for those who let their insurance coverage lapse, then want to buy a new plan.

The penalty is a 30 percent surcharge on the price of the premium, which insurers say is too little. Aetna told the Centers for Medicare and Medicaid Services they “should face a significant surcharge similar to the ones historically applied by high-risk pools – 150 to 200 percent.

The GOP health plan has provisions the insurers like, and have lobbied for, including an end to premium taxes and other levies on the industry and reinstating a policy that allows insurers to charge five times more to cover its older, sicker customers than they do their youngest, healthiest ones. The ACA limited the increase in premiums for older customers to no more than three times that charged for younger ones.

The bill – crafted by the House Ways and Means Committee and the House Energy and Commerce Committee – would also give insurance executives a big gift by eliminating the limitation on how much of the compensation earned by health insurance executives is tax deductible for their companies. The ACA capped it at $500,000 to make sure the large increases in revenues that were expected under the ACA would go to patient care rather than executive bonuses.

Two companies who sell Medicaid plans and who benefitted by a sharp increase in customers through the program’s expansions, Centene and Molina, saw their stocks slide Tuesday.