If enacted, the budget would translate in Connecticut into profound cuts to efforts to keep the air, water and land clean and combat climate change, environmental officials and advocates said.

“This is an assault on public health and the environment and particularly some of the most vulnerable populations,” said Rob Klee, commissioner of the state Department of Energy and Environmental Protection, which faces some of the deepest proposed cuts.

While the budget proposal is not likely to pass in its original form, it telegraphs a clear philosophy that climate change policy and funding is not an administration priority. Trump and his new head of the Environmental Protection Agency, Scott Pruitt, have consistently questioned the science of climate change.

The EPA budget was slashed by nearly a third in Trump’s proposal, and President Obama’s Clean Power Plan to cut power plant emissions was eliminated.

But climate change-related cuts also were aimed at the National Oceanic and Atmospheric Administration (NOAA), NASA, the Department of Energy, and even the State Department, which would see all funding for United Nations climate change programs eliminated.

The budget summary states the President’s priority is to “ease the burden of unnecessary federal regulations that impose significant costs for workers and consumers without justifiable environmental benefits.”

The stream of reaction from national and local environmental groups characterized the cuts as gifts to fossil fuel and other industries that will cost jobs, increase costs for those who can least afford it, worsen climate change and degrade air, water and land quality.

The impact in Connecticut would be felt across many interconnected programs such as:

Klee was uncharacteristically pointed in his criticism, calling the proposal “shocking,” “upsetting,” and “completely misguided.” He accused the Trump administration of ignoring the fundamental science behind climate change and characterized it as sticking its head in the sand.

“It cuts the federal budget to ensure compliance and enforcement and leaves that to the states, and then cuts the state budget even more,” he said. “It literally cuts the legs out from under us.” 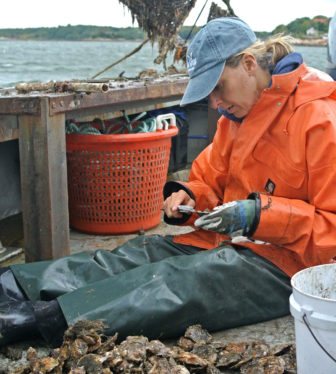 About one-quarter of DEEP’s $175 million budget relies on federal funds from about nine departments. The largest portion, 62 percent, comes from EPA. About 22 percent comes from the Department of the Interior’s Fish and Wildlife Service trust funds, which cannot be cut in the budget process.

The Department of Energy provides about $2.6 million to DEEP, $2 million for low-income home weatherization and the rest for low-income energy efficiency. Both were specifically eliminated.

NOAA, which is in the Commerce Department, provides about $2.4 million, about $2 million of which is for Coastal Zone Management, a federal program that manages coastal land and water resources. That appears slated for elimination. The program has 15 employees in Connecticut.

The budget summary released by the administration Thursday has little detail. More specific cuts have been widely reported in the last week or so. The budget summary stated that more than 50 programs would be eliminated within the EPA, but only named a few, such as the popular Energy Star appliance-rating program. It described only broad program cutbacks and realignments, such as cutbacks to the Superfund for environmental cleanup, reductions in enforcement and compliance, and substantial reductions “in federal investment in state environmental activities that go beyond EPA’s statutory requirements.”

After reviewing the budget outline and earlier information from multiple sources, DEEP estimates about 18 percent, or $6 million of the EPA money that comes in would be lost for programs like air monitoring, beach monitoring, brownfield and Superfund remediation, pollution prevention and control, and a group of programs called Performance Partnership Grants – home to 64 of DEEP’s 91 EPA-funded employees. DEEP has a total of 162 federally funded positions.

“If we want to help people waste more money on their energy bills, if we want to send more advanced manufacturing jobs overseas, and if we want to cede the future of energy innovation to other countries, then this is the budget that will make that happen,” said Bill Dornbos, who heads the Connecticut office of the regional environmental group Acadia Center. “I’m struck by how much the Trump administration is justifying these cuts with the outdated view that there’s a conflict between economic growth and environmental protection. That’s just false.”

One bright spot was the Clean Water States Revolving Fund – a key funding source for drinking water and sewage treatment projects. It will receive a tiny increase but probably also will have to absorb projects for rural communities whose funding for similar projects was cut from the Agriculture budget.

An unexpected area of concern is whether the Long Island Sound Study, the EPA’s Connecticut-New York partnership established in 1985 to oversee restoration of Long Island Sound, is slated for elimination. 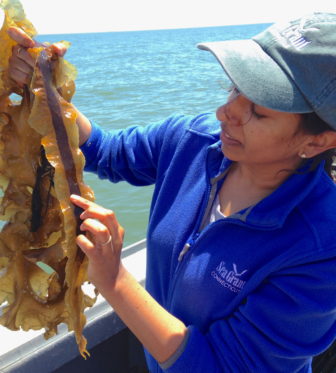 The prospect of that, however, is sending a shudder through Connecticut’s environmental community. Aside from the Long Island Sound Study’s nitrogen reduction work that helped restore health to large portions of the Sound, it has supported projects through the Long Island Sound Futures Fund and dozens of successful restoration efforts over the years.

“That’s just really devastating,” said Roger Reynolds, legal director of the Connecticut Fund for the Environment. “Long Island Sound is not just an environmental gem in this region, but it’s also an economic driver.”

He put the value of  economic activity generated by the Sound at $18 billion annually. “The cleaner it gets, the more valuable it gets,” he said.

David Sutherland, legislative director of the Nature Conservancy’s Connecticut office said the loss of the Long Island Sound Study would result in a “degradation of water quality, less habitat restoration and fisheries will suffer.”

But that would only be one part of the cutbacks affecting the Sound.

The Connecticut Sea Grant program, along with the 32 other Sea Grants, a 50-year-old program in all coastal and Great Lakes states and territories, are zeroed out in the NOAA budget. That would eliminate 13 employees in Connecticut.

It also would eliminate multiple partnerships that have produced a seaweed aquaculture industry and commercial operations, coastal resiliency projects and a climate adaptation academy that has helped more than a dozen shoreline communities.

“Sea Grant is kind of a glue between programs,” said Sylvain DeGuise, director of Connecticut Sea Grant. “We’re the interface between government and real people.”

He is already participating in a national lobbying effort to get funding restored. 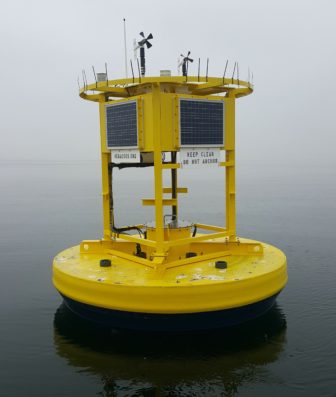 A data-collection buoy in Long Island Sound used by CIRCA.

And the Connecticut Institute for Resilience and Climate Adaptation (CIRCA) may find itself an unwitting victim of the Trump budget cutting. It’s not federally funded, but receives grants from NOAA. It also supplies grant matches to others who get their primary funds from EPA. That cascade effect underscores a widespread concern that the Trump cuts could result in even bigger funding and program losses than the budget shows.

But one of the biggest concerns at CIRCA is data, said Rebecca French, CIRCA’s director of community engagement. CIRCA and other climate change-focused operations rely on a federally-funded buoy system in Long Island Sound that collects data on things like wave heights during storms. That’s how CIRCA and others get information to help with resilient shoreline construction.

“If the underlying funding that keeps those data collection systems going falls down, then the cost that we’d have to make up to restart that would be a huge amount,” she said.

Connecticut’s environmental community is resolved to fight funding cuts in court if needed – especially any cuts that would prevent the state from enforcing the federal Clean Water and Clean Air Acts.

“The environmental laws have to be complied with,” said CFE’s Reynolds, who said citizens groups might have to do what they did in the 1980s and start bringing enforcement action. “We will go to court,” he said.