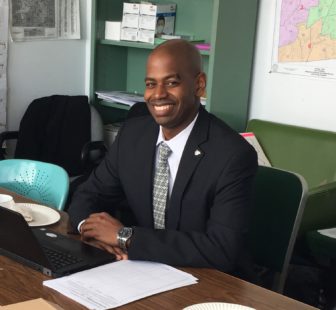 The labor-backed Working Families Party has rejected the choice of the Democratic Party for a vacant legislative seat in Hartford and is running its own candidate: Joshua M. Hall, an officer of the Hartford Federation of Teachers.

Hall will be competing in a special election with the Democratic nominee, Rickey Pinckney, a Democratic town committee member, and Kenneth Green, a former Democratic state representative trying to make a comeback as a petitioning candidate.

The first was Sen. Edwin A. Gomes, D-Bridgeport. He won a special election as the nominee of the Working Families Party in 2015 after being denied the Democratic endorsement. He was re-elected last year as a Democrat cross-endorsed by the WFP.

The Working Families registered its discontent with budget cuts adopted last year by the Democratic majority by backing Joshua Elliott in his challenge of House Speaker J. Brendan Sharkey, D-Hamden, for the Democratic nomination. Sharkey ultimately did not seek the nomination, and Elliott was elected.

Lindsay Farrell, the executive director of the WFP, said Hall’s candidacy in Hartford reinforces the party’s message that it will break with the Democrats to back candidates it deems more progressive.

Hall was a teacher at Weaver High School in Hartford for 12 years before becoming a full-time union officer in 2008. Like Green, he unsuccessfully sought the Democratic endorsement for the special election.

Hall is a former treasurer of the state party. Pinckney, who retired from the U.S. Army after a 20-year career in 2002, is a former member of the Democratic State Central Committee.