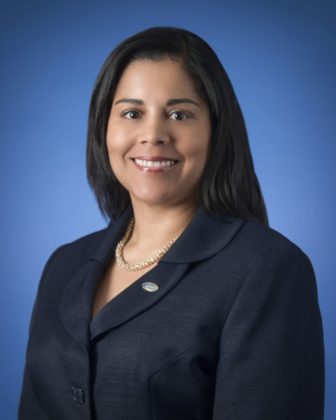 Nivea L. Torres, superintendent of Connecticut’s vocational-technical school system, is resigning from that post on May 1 amidst at least four investigations, the state Department of Education announced Monday.

Torres had been placed on paid administrative leave on March 16 when the education department asked the state Department of Administrative Services (DAS) to begin investigating $4.9 million in contracts between the Connecticut Technical High School System and two Rocky Hill-based marking and consulting firms over three years.

Athanasula Tanasi, another system administrator, was placed on administrative leave at the same time. Tanasi has not resigned, a spokeswoman for the state education department confirmed.

Since DAS began its investigation, at least three other agencies have started asking questions as well, including the U.S. Department of Education, the State Contracting Standards Board and Connecticut’s state auditors.

The investigations are exploring how the system awarded the contracts and whether the money has been properly spent. As part of the contracts, The Pita Group, one of the two Rocky Hill-based consultants, was paid thousands of dollars to operate Torres’ personal social media accounts.

The DAS investigation and details of the contracts between the system and the consulting firms were first reported by the Hartford Courant.

“Dr. Torres’ effective advocacy for the system and her understanding of its importance to the community enabled the system to be more responsive to regional workforce needs and increased industry partners,” the statement said. “During Dr. Torres’ tenure, programs in manufacturing, digital media, health technology and media expanded, and graduation rates improved.”

Before the investigations began, Torres had been a rising star in the state’s education and Latino communities. In 2015, she was widely considered a top candidate to be the next education commissioner, though Gov. Dannel P. Malloy eventually chose Wentzell instead.