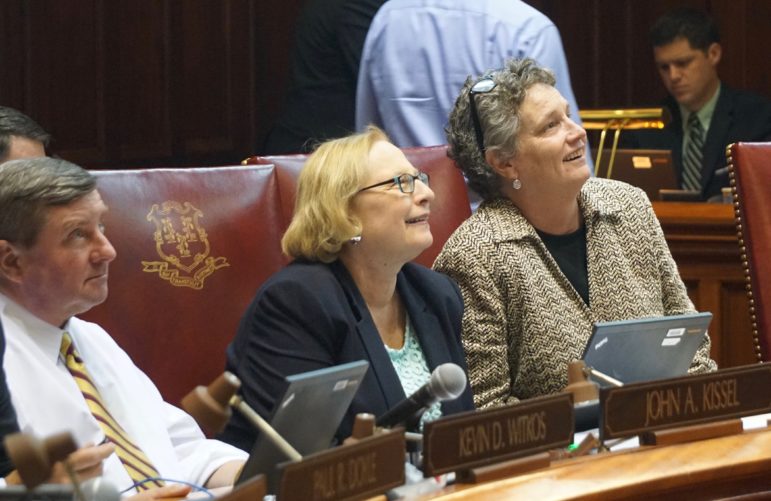 A ban on trying to change the sexual orientation of minors through conversion therapy, a discredited practice blamed for everything from depression to teen suicide, was unanimously passed Wednesday by the Senate and speedily signed into law by Gov. Dannel P. Malloy.

“This is supported by the science,” Malloy said as he prepared to sign a bill whose passage he supported with public-hearing testimony. “It’s supported by our cultural awakening and awareness that we are a society of many different players and different folks.”

The two openly gay members of the General Assembly who led the bill’s passage, Rep. Jeff Currey, D-East Hartford, and Sen. Beth Bye, D-West Hartford, stood behind the governor, drinking in a moment they saw as a reassurance to young gays about their place in a tolerant Connecticut.

Malloy thanked legislative leaders for suspending the normal procedures to instantly deliver the bill to his desk.

“We should send a message that we’re serious about this stuff,” said Malloy, a Democrat who backed the passage of transgender rights law in Connecticut and gay marriage nationally. “I think this is a gigantic underline on that, so thank you very much for allowing this to happen.”

Bye, whose same-sex marriage was the first after legalization in Connecticut in 2008, called the unanimous passage by a Senate evenly divided among Democrats and Republicans a pleasant surprise. The message to teens struggling with sexual orientation or identity was one of unequivocal support.

“I guess that’s what makes it so emotional, is this idea we’re in a state with that kind of widespread acceptance that our youth need protection and to be accepted for who they are,” Bye said. “It delivers a message that, sort of, we’ve come a long way baby.”

The bill enshrines in state law the conclusions of the American Medical Association, the American Psychiatric Association and other national associations of health professionals: Homosexuality is not a disease, and forcing conversion therapy on a minor can be harmful.

The House passed it last week on a vote of 141-8. All eight votes came from Republicans, but one of the bill’s co-sponsors was House Minority Leader Themis Klarides, R-Derby, who attended the bill signing.

One of the physicians in the legislature, Rep. William Petit, R-Plainville, an endocrinologist who has advised a gender identity clinic, said during the House debate that sexual orientation and gender identity are determined by genetics and “cannot be converted.” 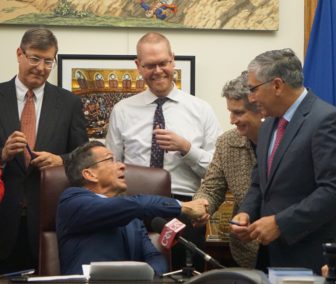 He was quoted Wednesday in the Senate, where legislators took turns rising to announce their support.

“If there is an effort to try to coerce or in some way alter someone’s thinking about something that is genetic or biological, we are in effect doing violence to that person under the guise of trying to help them,” said Senate President Martin M. Looney, D-New Haven.

Sen. John Kissel, R-Enfield, said the state’s youth “should not have to confront these kinds of efforts on top of all the other things that are going on in their world.”

Sen. Heather Somers, R-Groton, a co-sponsor of the legislation, said conversion therapy is “not good medicine” and “not effective.”

“Conversion therapy affects people with great shame, guilt, hopelessness and severely impacts their self-esteem,” Somers said. “The research that I have done has shown that youth who have gone through conversion therapy are eight times more likely to commit suicide.”

Other Republicans expressed concern about elements of the bill’s language, though they all stated support for its intent and ultimately voted in favor of it.

Sen. Joe Markley, R-Southington, said he was unsure about the use of the word “coercion” in the bill, because he feared it could be misconstrued to apply to legitimate techniques used by therapists. Bye countered by arguing that good therapy never involves coercion.

“The idea here is that the therapist is supportive of the individual’s expression of their gender identity and/or their sexual orientation,” Bye said.

Markley remained skeptical. Usually, he said, this would be enough for him to cast a vote against the legislation.

But despite his reservations, Markley said he thought passing it would send an important message, one that would overrule his concerns about what might arise because of a wording issue.

“At a certain point, I understand the sensitivities of those people desiring us to take this action, and the unfortunate message that they might receive by our rejection of something that they so wholeheartedly have asked of us to do for them,” Markley said.

Sen. Craig Miner, R-Litchfield, said he was concerned about the implications for anyone receiving therapy while being undecided about their gender.

“I’m a little bit concerned that it does seem to have, at its language here, some gender bias for those that are undecided,” Miner said.

Sen. Len Suzio, R-Meriden, grilled Bye with two rounds of questions before ultimately voting for her bill. He said he thought existing state statutes might already provide the same protections the bill sought.

“It would seem to me to be considered to be medical malpractice,” Suzio said. 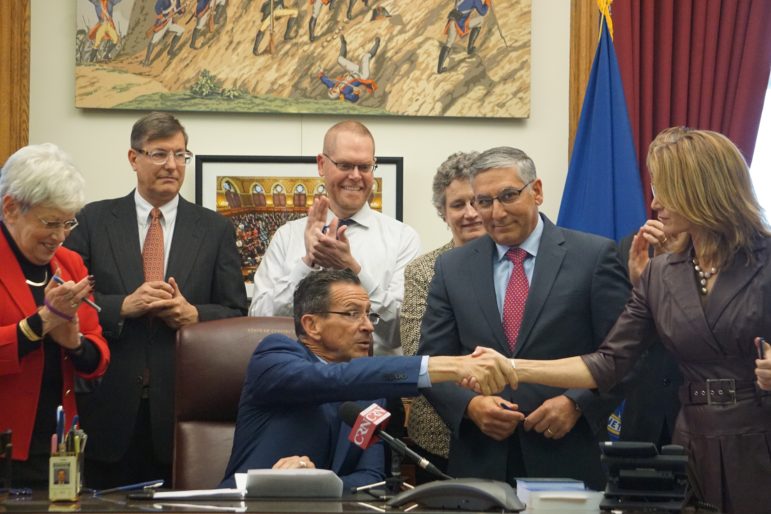