At the legislature, time is short — but there’s time to kill 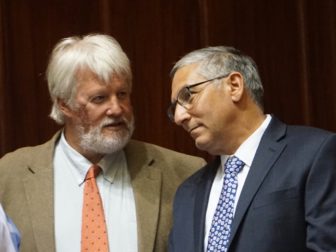 It’s theater season at the Connecticut General Assembly, a time when all is not what it seems, when some debates are about delivering messages, not making law. Take the debate Thursday in the Senate about bear hunting. Or the one in the House about electing future presidents by the popular vote.

In each case, a legislator was permitted to passionately argue for something controversial — allowing state wildlife officials to use hunting to manage a growing bear population, and electing a president in a new way. Opponents pushed back with equal fervor.

Neither passed. Their fates were pretty much known before each chamber devoted hours to debating them, even though time is quickly running out on the 2017 session. The popular vote bill didn’t get a vote, just a contentious debate.

What, you may wonder, is going on?

The short answer is legislating.

A longer answer involves the interconnectedness of things in the General Assembly, an institution where the failure to call a Sunday deer-hunting bill for a debate once doomed an early-childhood initiative, and allowing a vote on glass-eel fishing was necessary to ban the disposal of fracking waste in Connecticut.

“Sometimes, there is a member who has a passionate interest in a bill and insists on that being called. Sometimes, it’s a strategic sort of bridge between a couple of issues — if that one gets called, it resolves other issues,” said Senate President Pro Tem Martin M. Looney, D-New Haven. “Sometimes, there is no obvious connection.”

This year, things are more complicated with an evenly divided Senate and a House where Democrats hold the smallest working majority in the history of the chamber, a 79-72 advantage.

With neither party firmly in control, everyone still is learning what favors are necessary to grease the machinery of making law, an undertaking famously compared to making sausage. (If you love either, you never should watch them being made.) “Air time,” as time for floor debates is known, is carefully negotiated between the parties in the Senate, less formally in the House.

“We’ve run into a scenario where if two people have a cold and another person is out for a personal matter, we’re basically tied,” said House Majority Leader Matt Ritter, D-Hartford. “It’s a big change, a big difference. I think we’re still adjusting to that reality, without question.”

Another factor contributing to the chambers taking time to debate bills without chance of passage is that the General Assembly doesn’t have a consensus necessary to take up bigger issues, such as the expansion of casino gambling, rewriting the rules for how electricity is procured or striking a deal to balance the budget.

In other words, they have time to kill — even as time is running short.

On Thursday, the Senate adjourned at 3 p.m., the House a little after 4. When they return on Tuesday morning, two weeks and one day will remain until the constitutional adjournment deadline of midnight June 7.

The House gave over time Thursday to debate a bill that would have authorized Connecticut to join the National Popular Vote Compact, an agreement in which each state would agree to cast its electoral votes for the winner of the national popular vote for president. Then Ritter pulled the plug, cutting off debate and forgoing a vote.

“The reality is we did not have the votes today to pass it,” Ritter said. “To me, it’s not a good exercise to do a bill, a debate for an extended period of time, for which you don’t have the votes. But it also doesn’t mean we have to hold every bill and not give people the opportunity to say what they really feel passionate about. You try to find the balance there.” 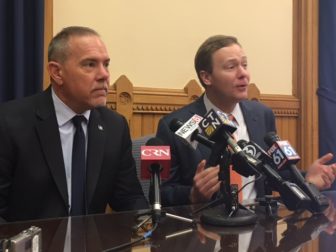 The balance Thursday was about 90 minutes to debate the popular vote compact, an issue that predates the election of Donald J. Trump, who lost the popular vote but carried the electoral college vote, as did George W. Bush in 2000.

“That’s healthy,” Ritter said. “The public gets an airing of the issue.”

Senate Republicans insisted that Sen. Craig Miner, R-Litchfield, get a chance to debate the bear hunting bill, even though it was unclear if the measure enjoyed a majority in his own caucus. It was called for debate late Wednesday night, but never came to a vote.

The Senate took it up again Thursday.

The bill would have allowed the Department of Energy and Environmental Protection to authorize a bear hunt, if its wildlife experts deemed it advisable. To attract more support, Miner offered an amendment limiting a hunt to the rural northwest communities of Litchfield County.

“I think this is more of a public safety issue than a hunting issue,” Miner said.

“God forbid, someone gets mauled by a bear in Connecticut,” said Len Fasano of North Haven, the Senate GOP leader who insisted on the air time for Miner.

Rather than defeat the bill, the Democrats passed an amendment that struck all references to bear hunting and and turned the measure into a vehicle for an anti-hunting proposal favored by Senate Majority Leader Bob Duff, D-Norwalk.

Duff’s amendment, which was killed as a standalone bill in the Environment Committee, discourages hunting of five African trophy species — elephant, lion, leopard, black rhinoceros and white rhinoceros — by making it a crime to import the body or a portion of the body of any of those five animals.

It passed on an 18-18 party-line vote with Lt. Gov. Nancy Wyman breaking the tie. Because it would impose criminal penalties, the amended bill was referred to the Judiciary Committee.

“It seemed there were a number of people that wanted to get a message across today. I think it gave them a forum and opportunity,” Miner said of the debate.

He said his message was that human-bear conflicts are on the rise, especially in his part of Connecticut, and the legislature needs to do something.

Miner is a long-time House member elected to the Senate last year with a reputation as a master of legislative procedure, often involving the creative use of amendments. He smiled when asked if Democrats sent their own message by turning his hunting bill into an anti-hunting measure.

“So, for 16 years I’ve participated in this process by the amendment process,” Miner said. “The message I heard: They’re capable of playing that as well.”

He said the Senate, which can bundle non-controversial bills and quickly pass them on consent calendars, had a productive two days, passing 42 bills on Wednesday and 47 on Thursday. 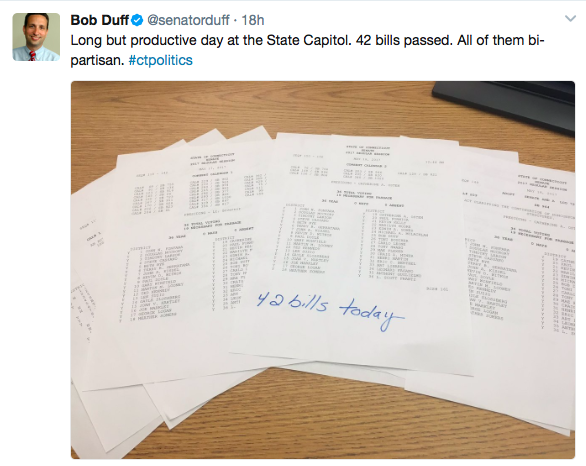