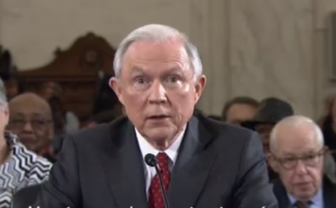 Washington – Tucked into the massive $4.4 trillion budget President Donald Trump released this week is the administration’s latest attempt to punish cities and states, like Connecticut, that it considers “sanctuaries,” a move the Malloy administration and others say is unconstitutional.

The budget provision would punish jurisdictions that don’t comply with a federal request, called a detainer, to hold an undocumented immigrant in jail past his or her release date. Connecticut’s TRUST Act requires compliance with federal detainers only under certain conditions. Those include detainers involving individuals convicted of a felony or those with outstanding arrest warrants.

“President Trump’s continued attempts to undermine individuals’ constitutional rights and implement policies that make America less safe have so far been blocked by the judicial system,” said Chris Collibee, spokesman for Gov. Dannel P. Malloy. “We hope Congress has a higher regard for the U.S. Constitution and does not let this misguided policy pass.”

Collibee said the TRUST Act, approved on a bipartisan basis by the General Assembly, “has been a vital tool in ensuring that residents – regardless of immigration status – are not and should not be afraid to come forward and report to police when they have been victims of crime.”

But to Attorney General Jeff Sessions, communities that try to protect immigrants in any way from being detained or arrested by federal authorities are engaged in unlawful behavior that makes the nation less safe.

Session was dealt a blow when a federal court in California ruled in April that he could not withhold federal funds from jurisdictions that limit their cooperation with immigration authorities.

Sessions was force to narrow his definition of a sanctuary city to those that “willfully refuse to comply” with a single federal immigration law that requires the sharing of information about people’s immigration status with federal authorities. 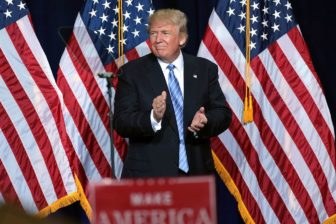 Donald Trump delivers an immigration policy speech at the Phoenix Convention Center during the campaign.

Even after implementing the TRUST Act, Connecticut says it complies with that law, and most experts agree.

But the budget would expand the definition of a sanctuary jurisdiction to include those which do not “comply with any lawful request made by the Department of Homeland Security … including any request to maintain custody of the alien for a period not to exceed 48 hours in order to permit assumption of custody by the Department pursuant to a detainer.”

The punishment for jurisdictions that don’t comply would be to withhold Justice Department and Department of Homeland Security grants and other funds. Among the money at risk would be funds the state receives from DOJ crime-fighting grants, more than $3.6 million this year, and public assistance grants that totaled more than $33 million this year.

Like the Malloy administration, Michael Wishnie, a clinical law professor at Yale, said the effort to expand the reach of federal immigration agents is unconstitutional, for several reasons.

He said, in most cases, continuing to keep someone under arrest violates the 4th amendment of the U.S. Constitution, which protects against unlawful searches and seizures.

The provision in the budget also would violate the 10th amendment, which protects states against federal overreach. Courts have ruled that the federal government can’t force local police to enforce immigration law.

“Jeff Sessions does not have the power to amend the Constitution, even though he thinks he does,” Wishnie said.

He said he hopes Congress ignores the budget provision, although there have been Republican moves in the House and Senate to target “sanctuary” jurisdictions.

America’s Voice Education Fund, an immigrant advocacy group, said the effort to expand immigration law through the budget “reeks of desperation and defeat.”

“The sneaky Sessions ploy has been brought from the back pages of the budget document into the sunlight, where it is likely to shrivel up and die,” the organization said.

It also said it’s “good news” Sessions would not “get his way” because of weak support for Trump’s budget, which would boost defense and border security at the expense of eliminating or cutting dozens of domestic programs, many of them – like food stamps, heating assistance and Medicaid –aimed at helping the poor.

His budget drew scorching reviews from Democrats and a tepid response from congressional Republicans.

But the immigration language in the budget bill is another sign the Trump administration is not ready to give up on its quest to target “sanctuary” cities and states.