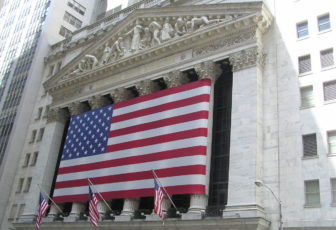 Washington – When Congress returns from its Memorial Day break next week, the U.S. House will take up a massive bill that will repeal much of the Dodd-Frank Act, a law aimed at reforming Wall Street that was approved after the 2008  collapse of the housing market that set off a free-fall in the stock market.

Backers of the Financial CHOICE Act say Dodd-Frank imposed too many restrictions on banks, which led to a cutback in lending and hurt the recovery.

But Democrats, including former Sen. Chris Dodd, a main author of Dodd-Frank, say the reforms are needed to prevent another Wall Street-induced financial crisis and safeguard people’s homes and savings.

The Financial CHOICE Act, 589 pages long, would undo dozens of Dodd-Frank regulations, including one known as the Volcker rule that prohibits banks from conducting certain investment activities with their own accounts and limits links between banks and hedge funds or private equity funds.

The bill also would limit the clout and independence of the Consumer Financial Protection Bureau, an independent agency created by Dodd-Frank that regulates financial institutions. The bill would allow the president to remove the director more easily and changes the CFPB’s funding structure — instead of receiving its funds through the Federal Reserve’s operating expenses, the agency’s budget would be decided by Congress.

The CHOICE Act would allow banks to opt out of Dodd-Frank if they hold enough cash and it would remove the federal government’s power to label a bank “too big to fail,” and disassemble it so a collapse would not trigger another crisis. The act would replace Dodd-Frank’s “Orderly Liquidation Authority” with a special bankruptcy process that aims to keep the financial markets insulated from a failing bank’s fallout.

The bill also would change the frequency of “stress tests” that banks must undergo from once a year to once every two years. A bank stress test is an analysis to determine whether a bank has enough capital to withstand the impact of a financial crisis or other adverse condition.

Democrats are expected to unanimously reject the Financial Choice Act when it comes for a vote next week. Rep. Jim Himes, D-4th District, a former Goldman Sachs executive who voted against the legislation when it was considered by the House Financial Committee, a panel he belongs to, said  if the bill becomes law “it will represent a huge defeat for the American public and increase the possibility of another financial crisis.”

“The Financial CHOICE Act attempts to undo all of the protections we have instituted,” said Himes, who worked on the Dodd-Frank Act. “It strips power away from the (Securities and Exchange Commission)  and the Consumer Financial Protection Bureau; makes it easier for banks to gamble with taxpayer money by repealing the Volcker Rule; and opens the door for more bailouts.”

But Rep. Jeb Hensarling, R-Texas, the author of the legislation and chairman of the House Financial Committee, said the legislation is needed to fix the failings of the Dodd-Frank Act and remove a regulatory stranglehold on the financial industry that is holding back economic growth.

He argues that Dodd-Frank was aimed at Wall Street but instead hit Main Street, and that big banks have gotten bigger since passage of the law while there are fewer small banks.

“Americans deserve better, and our bill will give them better,” he said.

Hensarling’s bill would have broad impact. Although a move to repeal a cap on the “swipe” fees credit cards charge retailers and other businesses failed after a group of House Republicans opposed the move, the CHOICE Act contains a series of other provisions.

One would bar the Consumer Financial Protection Bureau from implementing proposed rules requiring that payday lenders do some due diligence in advance to make sure that a borrower can repay the loan and meet basic living expenses.

The proposed rules also would make it more difficult for these lenders to give loans to the same person over and over again.

This provision would have little impact on Connecticut. While the state does not prohibit payday lenders, Connecticut’s small loan and check cashing laws have the practical effect of restricting payday lending by limiting who can make small loans and the amount of interest they may charge. Connecticut’s usury limits also serve as a limit on payday loans. 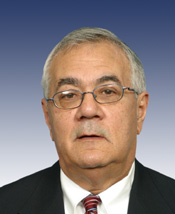 The CHOICE Act also would repeal the requirement that publicly traded companies disclose the ratio of a company’s median pay to its CEO pay. And it would eliminate the Treasury Department’s Office of Financial Research, which collects and analyzes data on systemic risk in financial markets.

The House is expected to approve the CHOICE Act on a party-line vote, but it’s unlikely to get through the Senate without changes.

In his analysis of the bill, Christopher Whalen, chairman of Whalen Financial Advisors, said some or all of the provisions of the Financial CHOICE Act could eventually become law.

“A modified version of legislation could be made palatable to both parties in the Senate and, despite Democratic opposition, it would be far easier to pass this law than either a tax-reform bill or ACA reform,” Whalen concluded.