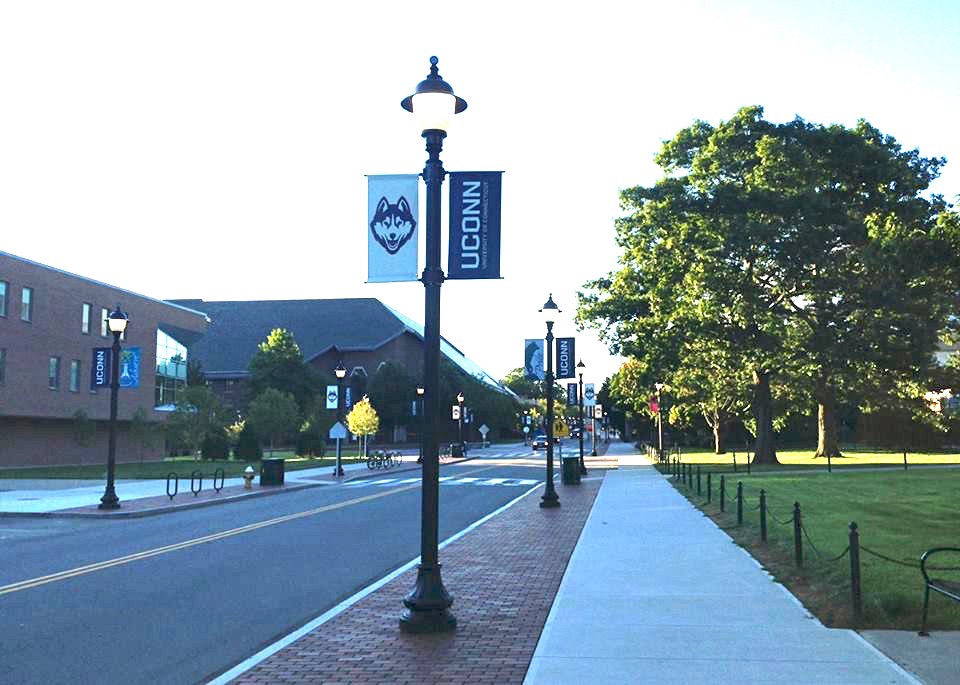 The University of Connecticut’s governing board is preparing to adopt a $1.34 billion budget for the fiscal year that begins Saturday.  Uncertain state funding and labor costs, however, could punch it full of sizable holes.

The fragile budget set for consideration Wednesday would increase spending $9.4 million over what the public university is set to spend this year and $20 million over the figure approved last June by the Board of Trustees – a 1.5 percent boost. Nearly all of the increased spending will be funded by increases in tuition.

Enrollment is to remain essentially flat with 23,301 undergraduate students, though the number of full-time faculty would increase by 20 and other staff by 16. The additional personnel are to provide security and public safety employees needed at the new downtown Hartford campus and student housing in Stamford.

No employees will receive pay raises.

Spending on financial aid would increase under the new plan, but at a slower pace than increases in tuition. No decision has yet been made on how many students would benefit from discounted or free enrollment. While the number of students receiving academic or athletic scholarships increased over the last two school years by 191 students – a 10 percent increase – as financial aid spending increased the number receiving aid based on their families’ income slightly decreased by 44 students, or 0.5 percent.

This budget, however, may be the best case scenario for UConn.

“We know there could be some changes, some of them massive,” said UConn Board of Trustees Chairman Lawrence McHugh. “The uncertainty is real.”

With legislators and the governor so far unable to adopt a budget ahead of the start of the fiscal year which begins July 1, UConn officials have made several potentially risky assumptions given there are so many factors in flux.

For example, it is unclear how much UConn will need to spend on employee costs – by far the university’s largest expense. Unionized state employees must still vote next month on a concession package that includes furlough days and increased health care costs. The UConn budget assumes the concessions will be approved and that the university will save $6.8 million next year as a result of furloughs and health care costs.

And then there are costs associated with paying for the pensions for retired UConn employees. Because the state promised employees a certain level of retirement benefits but failed to properly fund them for decades, current costs have increased rapidly.

UConn is counting on the concession package approval to result in a decline in the percentage of employees’ salaries that it must set aside for these pension costs. On Monday, however, the comptroller’s office released a memorandum saying that the rates UConn and other state agencies must set aside next year will increase sizably.  The comptroller’s office has not clarified how the rates would be impacted by the savings that would be realized if the union concessions are approved. UConn budget chief Scott Jordan said the higher rates would cost the university between $12 and $25 million next year – an expense the budget does not contemplate.

The budget proposal also projects that the university will receive the state funding recommended by Gov. Dannel P. Malloy, a $32 million or 8 percent cut. Much of that will be offset from tuition and fee increases that were previously approved. But legislative leaders have proposed much deeper cuts, with Democrats proposing a $46 million, 12 percent reduction, and Republicans calling for a $52 million, 13 percent hit.

With the Democratic legislative leaders so far unable to pass a budget, Malloy has said he plans to sign an executive order to operate state government. That executive order, would cut state aid for UConn by 12 percent.

Following the UConn Board of Trustees Financial Affairs Committee meeting earlier this month, UConn President Susan Herbst said she would not rule out turning to further fee increases mid-year to make up for deeper cuts in state aid.

Tuition and mandatory fees account for 41.3 percent of UConn’s budget this year and next year will make up 42.5 percent of the budget. State aid accounts for 30.5 percent.

UConn officials are well aware that their budget is built on some fragile assumptions.

“There are so many moving pieces,” said Jordan on Tuesday. “There is pressure both upwards and downwards in the budget and we don’t know where the legislature is going to land on their block grants. We are asking our board to approve this budget so we can continue on, but we will bring a revised budget for them to consider if there is a substantial change from our assumptions. That’s all we can do.”

The uncertainty consumed much of the discussion during the board’s finance committee meeting.

Aside from raising fees, several areas of potential savings could be explored if state funding is reduced further than expected, including delaying hiring additional faculty and staff. In the past, UConn has turned to increasing the ratio of out-of-state students who pay more in tuition to help close shortfalls. But Herbst said the school plans to continue the current ratio of having three Connecticut students in every four.

“We want to keep the best Connecticut students,” she said. Decision on filling faculty positions will have to be made on a case-by-case basis, she said.