26 nonprofits told to stop providing services as other cuts loom 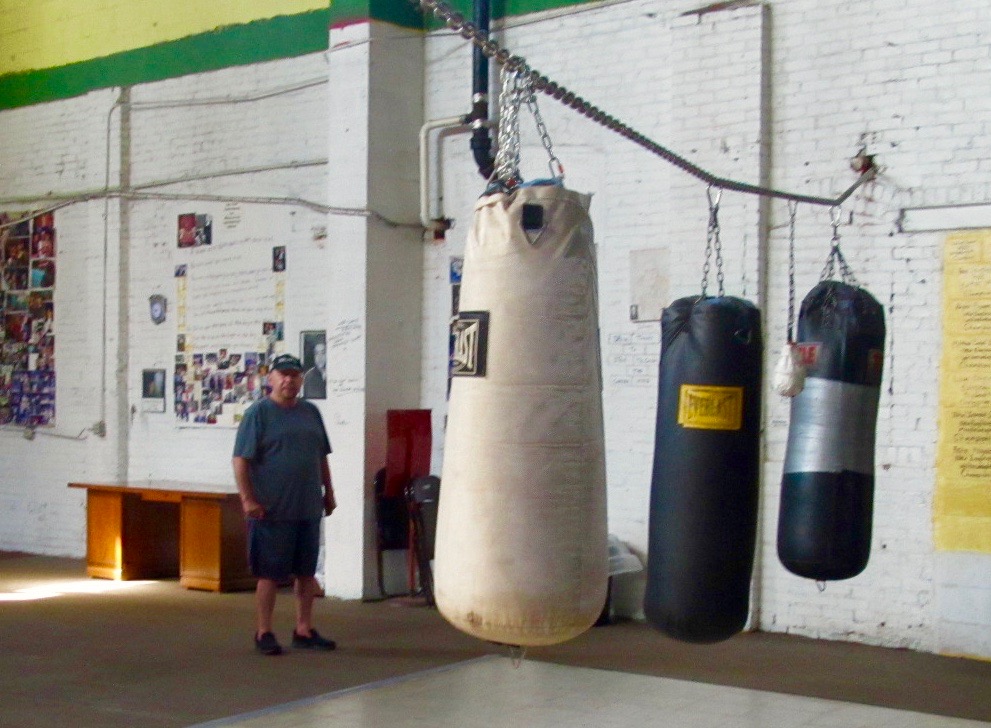 George Cruz started his Monday with a call from the electric company wanting to know when his nonprofit youth center, in an impoverished part of Hartford, would be paying its past-due bill.

After ascertaining that his center was not in danger of having the electricity shut off this week, he pivoted to a bigger problem that may force Bright Futures Youth Center to turn off the lights permanently.

Ten days ago, Cruz and 25 other nonprofit providers that contract with the Connecticut Department of Social Services were “instructed to cease from providing services … as of the close of business on July 1, 2017.” Funding would continue for one month to help with a transition to life without state aid. Elimination of funding for these nonprofits will save the state $1.8 million.

“This was supposed to be a co-adventure. They give us money and we help the kids stay out of jail by giving them positive things to do to boost their self esteem. But now all of a sudden they tell us they can’t be our partner anymore,” said Cruz.

About 20 children stop in each day during the summer to participate in the boxing or karate programs Cruz offers. The state provided his youth center $66,000 each year.

“It’s a shame. In this city, there are no bowling alleys. There are no pool halls. There are no roller skating rinks. I could go on and on and on of things that have been taken away,” Cruz said. “I don’t know many places like ours are left where they can go to stay out of trouble”.

With no budget in place, Gov. Dannel P. Malloy has signed an executive order that will manage a projected $2.3 billion deficit for the fiscal year that started July 1 almost entirely with spending cuts. The cuts are likely to be much deeper than those that would have been made in an adopted budget since legislative Democrats and the governor had both proposed some tax hikes and limiting spending growth in areas that rise automatically in the absence of a budget.

Asked on Friday what the biggest impact has been one week into the fiscal year without a budget, Malloy pointed to the nonprofits.

“I think a lot of pressure on the not-for-profit community providers has been the most demonstrative,” said the Democratic governor, who wasn’t confident the state would have a budget anytime soon.

Cruz’s youth center is just one of the stalemate’s many casualties. Nonprofits serving adults with intellectual or developmental disabilities have been informed of cuts that will bar anyone not already approved from enrolling in day programs or entering residential facilities.

The halt is expected to exacerbate the wait lists for these services. In March, 175 people were waiting for day programs or employment services, and 472 people were on the wait list for the two top-priority levels for residential services.

And July 26 will be the first of six furlough days on which the state will not reimburse programs that serve people with disabilities.

“Right now, we are not going to be able to take in any new people. I can’t think of a way to support people for free,” said Heather LaTorra, whose workers at Marrakech serve disabled people living in their homes.

Other nonprofits slated to lose all DSS funding include a soup kitchen in Willimantic, a program that helps low-income families in Fairfield Country with apartment security deposits, and programs that help teen fathers in Bridgeport and Norwich.

“This cut means that we will not be able to help 177 families with security deposits,” said Ceci Maher, the executive director of Person-to-Person, which helps families move into more suitable living situations by paying up to $1,000 toward their security deposit. “These are the working poor.”

Madonna Place in Norwich is slated to lose the $60,000 in state aid that funds two workers who help fathers get on the right path so they can be involved in their children’s lives.

“They may want to pay for child support, but they are struggling. Instead of throwing a father in jail, it’s better for everyone to help them get back on their feet. That’s where we come in. The father can’t work if the father is in jail,” said Nancy Gentes, executive director of the program.

“We are trying to make plans now for what happens next,” she said. “This would mean a big reduction in the number of fathers we can try and help.”

The state spends about $1.4 billion each year paying private organizations to provide various services to vulnerable state residents. About half of that goes toward services for adults with intellectual or developmental disabilities, and the Department of Developmental Services relies more on private providers than any other state agency.

But several nonprofits said they already are struggling financially.

That’s because state reimbursement rates have been largely flat over the last 12 years as operating expenses rose – including the cost of health care, unemployment insurance and rent.

The most recent annual report from the governor’s budget office assessing the fiscal health of the state’s nonprofit providers found several had “substandard” financial indicators. 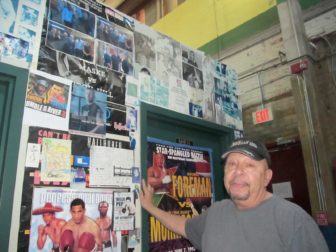 Cruz stands next to pictures of Linda McMahon’s visit – and a note from a youth explaining how the gym saved him from incarceration.

This has led several nonprofits to warn they will be able to withstand the budget stalemate only so long.

Oak Hill is planning on closing group homes for those with developmental or intellectual disabilities in Columbia, Southbury and Durham unless the state passes a budget soon. Twenty residents live at those facilities.

“We know that there are hundreds, if not thousands, of people waiting for these services. This is a public policy nightmare,” said Barry Simon, the president of Oak Hill.

He said his organization is trying to hold off closing the facilities for as long as possible in the hope that the state will come through, but time is short.

“If the legislature were to come in tomorrow and prioritize the people that we are serving and cover the cost of business – then great, we can stop the closures and reverse. If they prolong the process, then we will have to continue on with our process of closure,” he said.

On Monday, Families in Crisis, a nonprofit that helps families in New Haven, Waterbury and Hartford that have a family member in prison, announced that it can no longer continue. The organization provides counseling to children and transportation to help them visit their relatives behind bars,

The organization said it had to make the “painful decision that the agency can no longer continue operating.” It was among the 26 nonprofits informed that the DSS would no longer be funding them.

Advocates worry these announcements will become a daily occurrence if the budget stalemate continues.

Back in Hartford, Cruz is working to organize a fundraiser he hopes will bail out his youth center, at least for the short term. He’s also begun making calls to all the politicians who have come to his gym during their election campaigns. Photos of them with area children adorn his walls.

A picture of Cruz with Linda McMahon – who spent millions in two unsuccessful attempts to become one of the state’s two U.S. senators – is taped on the wall right above a note from a youth recently released from juvenile jail explaining how the program saved him.

“If you stay in the gym around positive people, it’s a proven fact you will have a good chance to be a good person,” the letter reads. “Boxing teaches us to be responsible along with discipline.”

After reading the letter, Cruz sighs, and asks, “How can the state even think about not funding us? That’s just one story. Look at all these walls, all these pictures of the people we touched and we kept out of jail.”