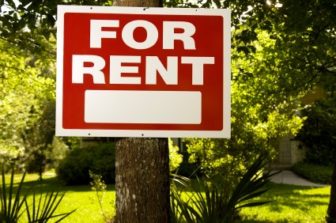 Almost half of Americans pay too much for their rent, and in southwestern Connecticut those numbers are even higher, says a national study.

Harvard University’s annual State of the Nation’s Housing report says 18 million renters across the nation are burdened by their housing prices. Homeowners and renters are considered “burdened” if they spend more than 30 percent of their income on rent.

In Fairfield and New Haven counties, about 55 percent of renters are considered burdened. Both counties are in the top ten in the nation for percentage of burdened renters. The national average is about 48 percent.

Additionally, over 11 million renters in the U.S. were considered “severely burdened” in 2015 because they paid at least half of their income for housing. The number of homeowners considered severely burdened was at its lowest since 2004, but there still were more than 7.5 million Americans in that category.

In their proportion of burdened homeowners, Fairfield County is behind only the New York City and Los Angeles metro areas. The Hartford metro area, which includes Hartford, Middlesex and Tolland counties; the New Haven metro area; and the Worcester, Mass., metro area, which includes Windham county, also are above the national average for burdened homeowners, which is 24 percent. About one out of every three homeowners in Fairfield and New Haven counties are burdened, according to the report.

Rents in Fairfield County are among the highest in the nation, with median rents higher than those in the New York and Boston metro areas.

“Is the housing stock that’s available comparable to what purchasers are looking for? That’s where you get into some affordability issues,” Gioia said. “This is not just true of Connecticut. This is true of other areas. There’s a lot of buyers out there for reasonably priced housing. There’s fewer buyers out there for very high-end, expensive and large properties.”

Fairfield and New Haven counties have some of the lowest percentages of 18- to 24-year-olds heading households. About 10 percent of 18- 24-year-olds are independent heads of households in those counties. The national average is closer to 20 percent.

Gioia said affordability probably keeps some younger millennials from moving out on their own in Connecticut, and many who do leave for other places. Gioia said students who leave the state for college are more likely to stay out of state. Larger metro areas also appeal more to younger people, he said.

“If you’re an unmarried 23-year-old, you want to be where the action is, and there’s a heck of a lot more action in New York City or downtown Boston than there is in Connecticut,” Gioia said, adding many young people come back to Connecticut later in life when they begin families.

However, Gioia said there is economic opportunity here. “If you’ve got the skills, you can make a pretty darn good income in Connecticut, even if you’re fairly young,” Gioia said.

The report found that nationally, higher rents may become a norm. The number of rental units costing less than $800 per month has decreased between 2005 and 2015. In the same decade, units with monthly rents over $2,000 increased by 1.5 million.

The bills are still "a work in progress," legislators said.

Many ideas, but little agreement, on how to address Connecticut’s affordable housing issues

Fault lines emerged during a contentious hearing this week on how to remedy high housing costs and segregation.