Washington – Congress will miss a Saturday deadline to renew a program that provides 17,000 Connecticut children with health care coverage, but, in its latest accounting, the state’s Department of Social Services says it has enough money to continue the program into next year.

The Children’s Health Insurance Program, known as CHIP, is funded largely through federal dollars, with a smaller contribution – 12 percent — by the state. It covers children whose families earn too much money to qualify for Medicaid, providing health care for children in families of four earning up to $79,458 a year.

Currently, higher-income families pay a small premium each month, a maximum of $30 for one child and $50 for two or more children. A family of four that makes less than $62,485 is not required to make these payments.

But authorization for the CHIP program, or HUSKY B as it’s known in Connecticut, is set to expire Sept. 30.

The Senate Finance Committee has agreed on a bipartisan bill that would extend a 23 percent increase in funding for the program that was included in the Affordable Care Ac through 2019 and begin to ratchet that “bump” down in 2020. The increase would be 11.5 percent in 2020 and eliminated in 2021.

The ACA increase in CHIP money has provided Connecticut with an additional $35 million to $40 million each year.

“Loss of this additional funding will contract the available federal funding for many children served by Connecticut Medicaid,” the Connecticut Department of Social Services said.

While there will be a wind-down in the extra money Obamacare provided the program, Karen Siegel, a public health policy fellow at Connecticut Voices for Children, said she is pleased with the bipartisan compromise to reauthorize CHIP for another five years.

“As far as compromises go, this is positive and more than we expected,” she said.

The Connecticut Department of Social Services said it has enough money in the program to continue services until the first part of February. However other states will run out of CHIP money much sooner.

When the Affordable Care Act was adopted in 2010, some members of Congress said CHIP was no longer needed because families could get coverage with the help of ACA subsidies on state exchanges like Access Health CT. But studies show CHIP provides more comprehensive benefits, including dental coverage and more generous behavioral health coverage, than health plans sold on the insurance exchanges.

The Connecticut Department of Social Services said the CHIP program has increased the number of  health screenings and immunizations for children and teenagers enrolled in the program.

The U.S. House of Representatives on Thursday announced it would hold a hearing on a CHIP bill next week.

“CHIP, now in its 20th year, has always been bipartisan, and we hope this extension will be no different,” said Rep. Greg Walden, chairman of the House Energy and Commerce Committee, which has jurisdiction over the program.

There are concerns, however, that lawmakers may attached measures to the CHIP bill that could impede its passage.

“There’s uncertainty over whether things will be attached to the bill, both good or bad,” Siegel said. “The hope is to get a clean CHIP bill.” 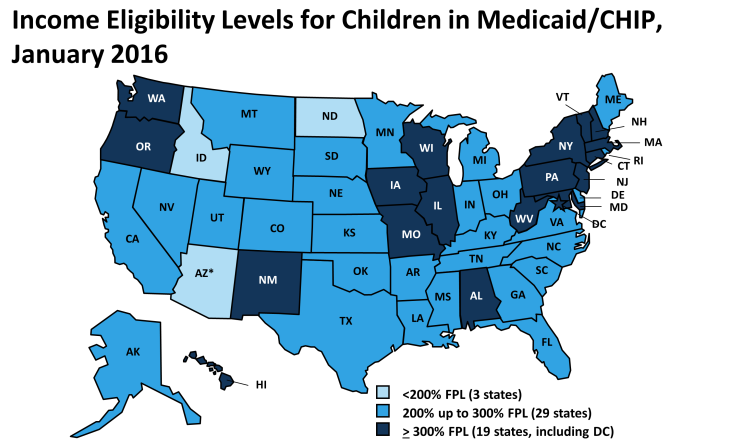