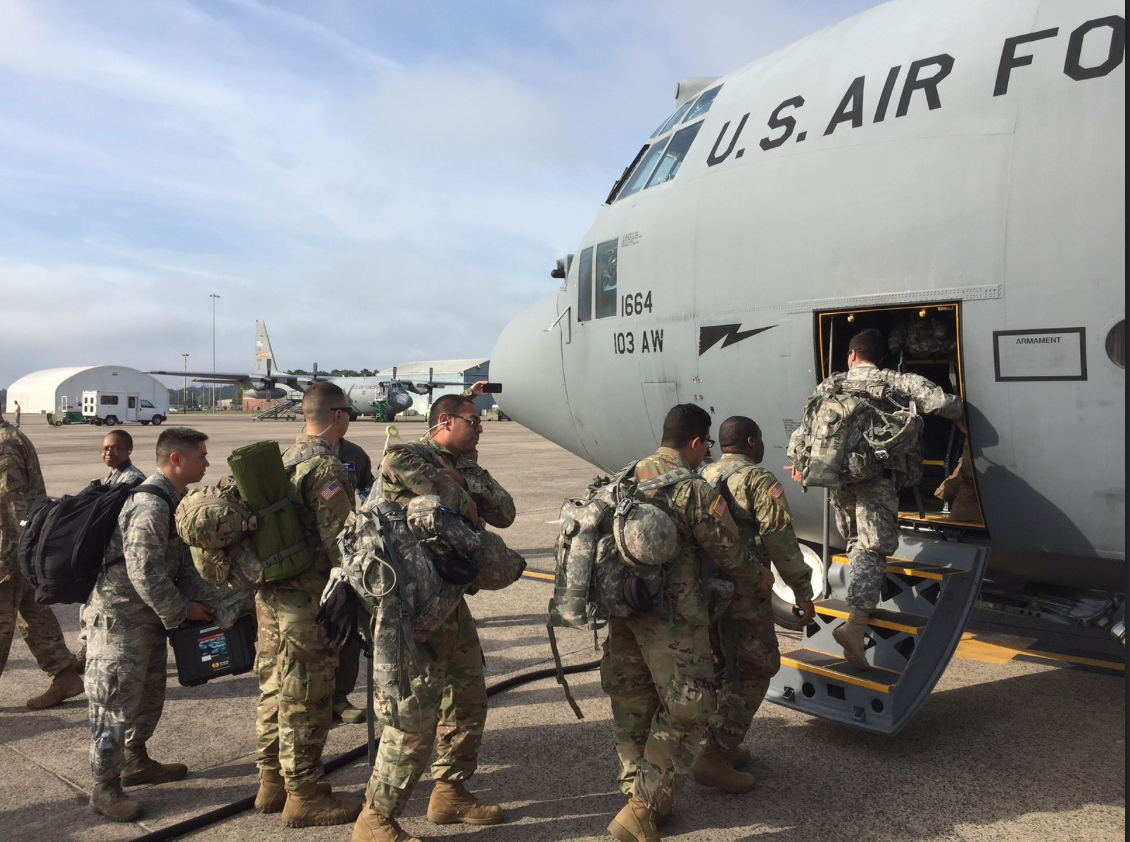 Washington – The Pentagon on Wednesday beefed up its presence in storm-ravaged Puerto Rico Thursday and shifted its mission from search and rescue to relief – providing vital supplies of food and water.

But a Connecticut lawmaker says that’s not enough and wants as many as 50,000 troops sent to the island.

As part of the Pentagon’s ramp up, the National Guard Bureau in Washington, D.C., called up more Air National Guard troops from Connecticut on Thursday to  provide aerial port operation support in Puerto Rico.

The guardsmen, traveling in a C-130, will plan and organize air transport on the island, whose airports have been heavily damaged by Maria’s winds. They will stay on the island and also be responsible for loading and unloading personnel and cargo.

The first group of National Guard airmen from Connecticut were deployed to the island on Tuesday to provide communications support.

Since Sept. 22 Connecticut National Guard C-130 cargo planes also have made several missions to drop off equipment, but the guardsmen involved in those missions have not stayed on the island.

“We want to help in any way we can by rapidly deploying forces that fit some of Puerto Rico’s most pressing needs,” said Maj. Gen. Thad Martin, adjutant general and commander of the Connecticut National Guard. “As the people of  Puerto Rico continue to rebuild, it will become increasingly important for organized, professional teams with critical expertise to help ensure cargo gets where it is most needed.”

The Federal Emergency Management Agency has asked the Pentagon for more help in a rapidly deteriorating situation on Puerto Rico, where residents are  suffering from a power blackout and dwindling supplies of food, medicine and potable water.

The U.S. military has poured about 4,400 troops into the relief effort and named Lt. Gen. Jeffrey Buchanan to oversee its response on the island.

Buchanan, who heads the U.S. Army North, will be the Pentagon’s liaison with FEMA and focus on aid distribution, the Pentagon said in a statement.

Members of Congress, including Sen. Richard Blumenthal, D-Conn., are asking for even greater Pentagon involvement.

Speaking on the Senate floor Thursday, Blumenthal called for as many as 50,000 troops “not to occupy the island, not to enforce martial law” but to coordinate logistics and the delivery of aid and basic supplies.

He suspended, for 10 days the Jones Act, which prohibits any vessel not built, owned and partly crewed by the United States and its citizens to transport cargo between points in the United States.

Puerto Rico says the shipping law increases the cost of goods transported to the island and will hinder recovery efforts.

Sen. John McCain, R-Ariz., on Thursday introduced a bill to repeal the Jones Act, which he has called “archaic and burdensome.”