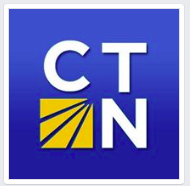 The Connecticut Public Affairs Network, the non-profit operator of CT-N since its inception in 1999 as the provider of gavel-to-gavel cable-television coverage of the General Assembly, said Thursday it will end operations Friday, unable to abide by a slashed budget and the loss of editorial control imposed by the legislature.

Paul Giguere, the president of the non-profit, informed the Office of Legislative Management in a letter that it would cease operations of CT-N at 5 p.m. Friday, ending a tenuous day-to-day deal in place since the expiration of its contract on Sept. 30 and an extension Oct. 31.

“After careful consideration and much deliberation, our organization cannot escape the conclusion that the recent actions to eliminate CPAN’s editorial discretion combined with the drastic reduction in funding has transformed CT-N into a project no longer consistent with our organization’s fiduciary obligations in either the financial or mission sense,” Giguere wrote.

The legislature owns the CT-N brand and its distribution channels, which include cable television and streaming video on a web site. But the staff are employees of CPAN, and it was unclear Thursday night if the legislature had a contingency plan for operating the channel.

House Minority Leader Themis Klarides, R-Derby, said the letter was precipitous and promised CT-N would continue in some form, even as CPAN prepared to lay off its staff.

“For CT-N to put forth this ultimatum that puts jobs at risk while we are attempting, in good faith, to resolve these complex matters as we deal with the state’s ongoing fiscal crisis is irresponsible,” she said in a statement.

William A. Bevacqua, the network’s vice president of communication and administration, said the legislature rejected a counteroffer by CPAN that would have temporarily extended its contract, allowing time for it seek outside funding and operate CT-N under a new public-private partnership.

CPAN had agreed weeks ago to cut its operating budget from $2.8 million to $2.4 million, ending its weekly news-in-review show and other original programming to focus exclusively on legislative sessions, Capitol press conferences and other live events. But the bipartisan budget recently passed cut that by another $1.2 million.

The legislature’s partisan staff has been objecting to CT-N’s coverage of public affairs events outside the State Capitol. In new terms proposed earlier this year, the partisan staff would have more control over the network’s coverage.

Giguere said that was contrary to the original mission embraced by the legislature in 1999: Allow a non-profit to run CT-N independent of  political interference, with the ability to cover the courts and executive branch as well as the General Assembly.

“CPAN was created with a nonpartisan, educational mission to run CT-N as a three- branches network, at arm’s length from the government,” Giguere wrote. “It was a mission and purpose once supported by the Leadership of the General Assembly. Even the state statute governing CT-N’s revenue intercept refers broadly to coverage of ‘state government deliberations and public policy events.’ The thinking has clearly changed.”

Legislative leaders have made clear they see the mission of CT-N as covering what happens inside the Capitol. None have explained how the additional 50 percent cut was calculated or how much money could be saved by limiting CT-N to the Capitol, which already is its primary focus.

“The Senate Democratic leaders are committed to maintaining transparency in government and reaching an appropriate resolution,” said Adam Joseph, a spokesman for the caucus. “We continue to support finding a service provider willing to produce quality, nonpartisan coverage.”

CPAN was the only entity to respond when the legislature published a request for proposals to run the network last spring. No one has explained why they believe the contract would be more attractive at half the funding.

Giguere’s letter to James Tracy, the executive director of the non-partisan Office of Legislative Management, thanked his staff for a good-faith effort to resolve issues raised by the legislature’s political staff and leaders.

“My team and I have always found your staff to be honest collaborators and I fully appreciate the lack of options that OLM has been given in this situation,” he wrote. “I’m sure you know that as the creator of CT-N this is not a decision I would take lightly, but I must take some consolation in concluding CPAN’s association with the project with our editorial integrity intact.”