Changes sought in treatment of women behind bars 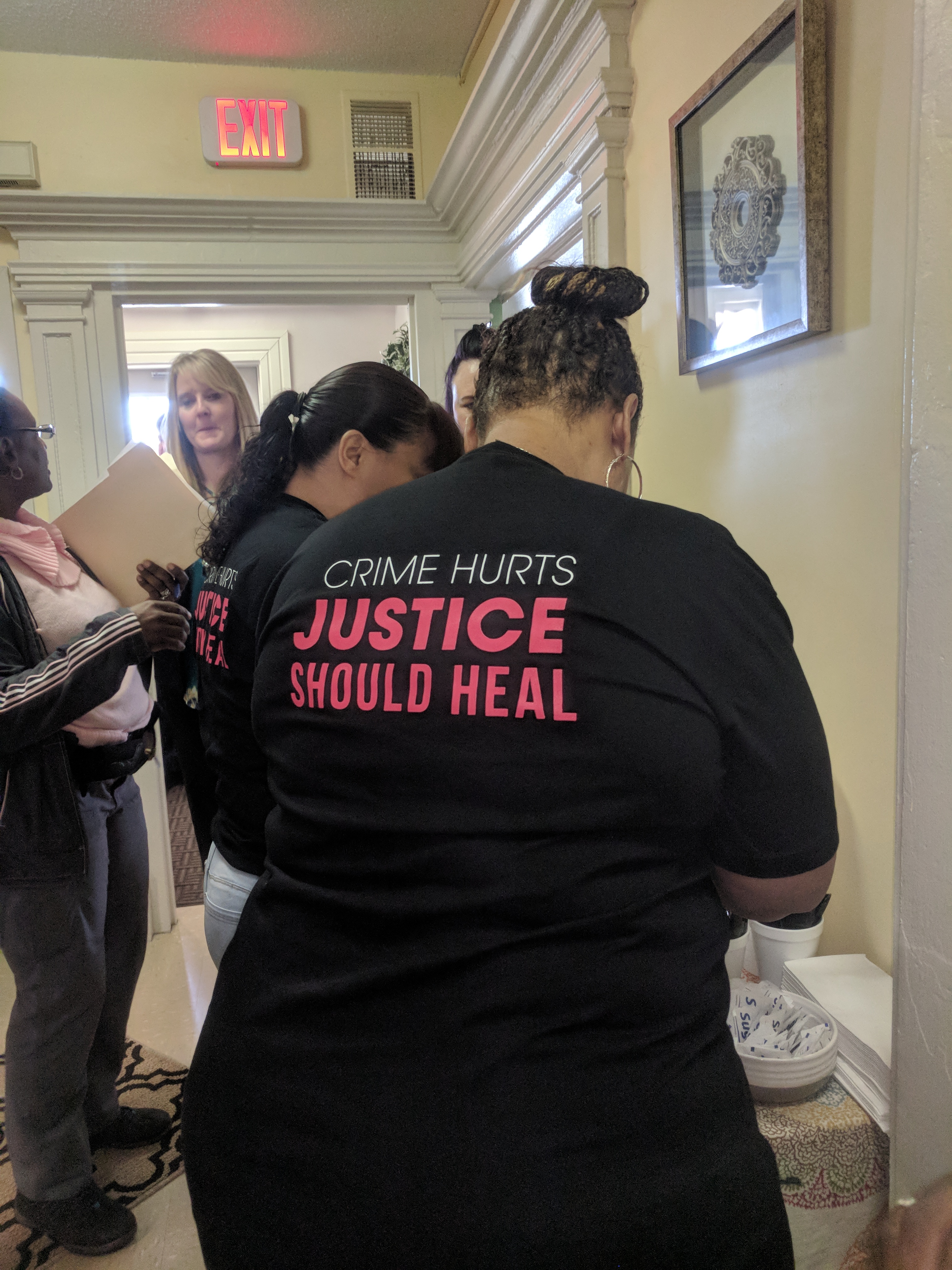 Saying his goal was dignity, compassion and empathy for women behind bars, Gov. Dannel P. Malloy proposed a wide-ranging bill to change how women are treated while incarcerated.

Malloy showcased his proposal, which largely focuses on pregnant women and new mothers, during a visit to a nonprofit organization in Hartford that helps women inmates transition back home. The visit came two weeks after a pregnant inmate gave birth in her cell at the state’s lone prison for women.

“It is our moral obligation to ensure women in the criminal justice system are treated fairly and humanely,” he said, surrounded by women recently released from prison.

Taiheba Bain, who was released a few years ago after serving 10 years for kidnapping and has since completed a bachelor’s degree in psychology, said inmates are not treated properly.

“Something needs to change,” said the Bridgeport resident, who works with the nonprofit Women Against Mass Incarceration to bring attention to conditions of confinement. “Without this bill, the inhumane treatment goes beyond recognition. The simple fact of the matter is no one knows what happens inside prison. And when we come home and speak on it, they think we are joking and it’s not true and can’t be.”

Changes the bill would make include:

Nearly 80 percent of the roughly 1,000 women the state incarcerates on any given day are mothers, and most of them have a history of physical or sexual abuse, Malloy said. 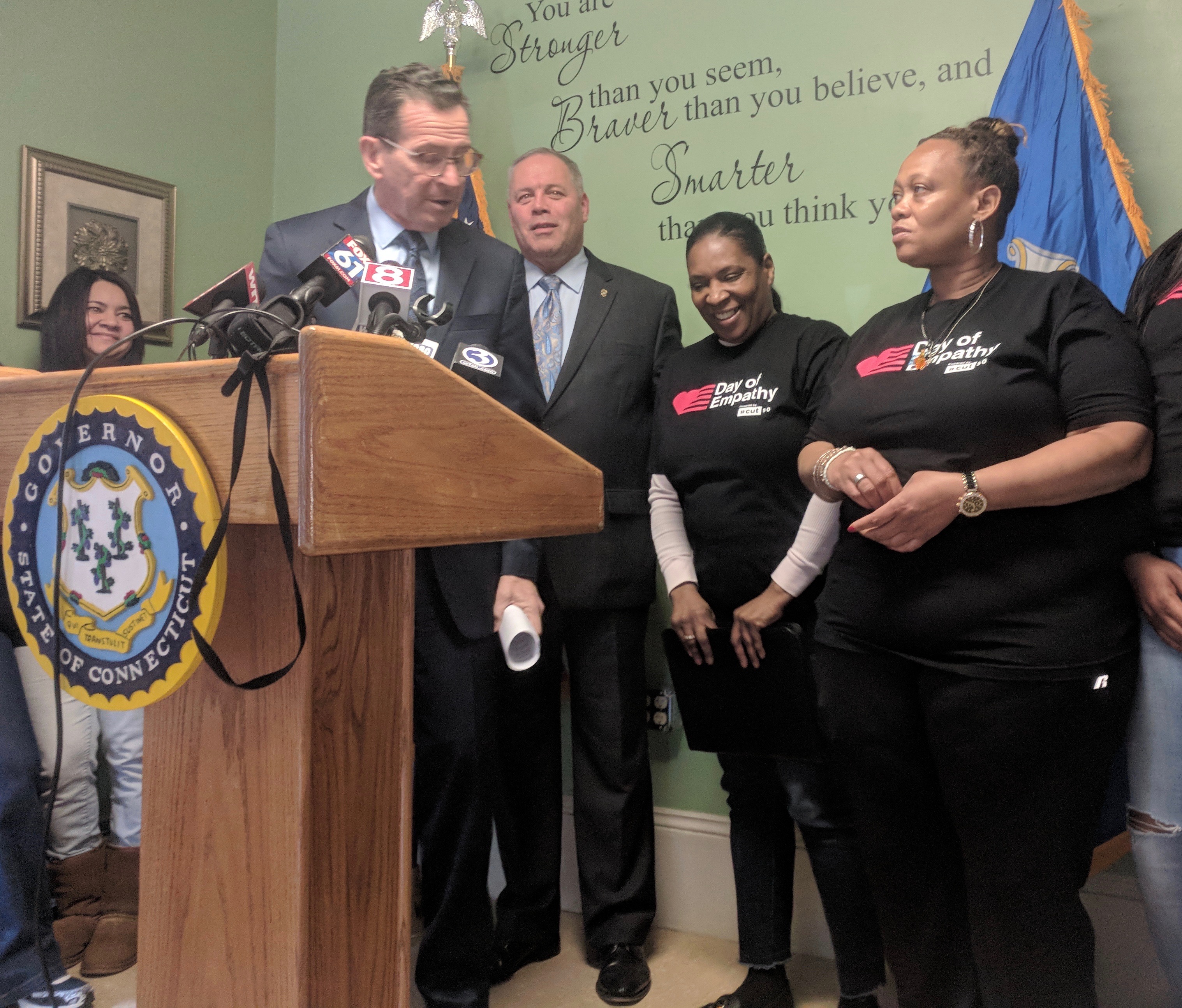 Gov. Malloy, left, and his correction commissioner with women formerly incarcerated at a facility in Hartford that helps women reintegrate into society

Having men view women showering or doing other personal activities exacerbates their struggle to heal, he said.

Bain said the proposed change over charging for feminine hygiene products is long overdue since too often women have to chose between spending the limited money they may have either on them or on calling their children.

“Most of us do not have the money coming in from our families to support us so we can make a call to our children,” the mother of two boys said.

Malloy said, “That’s an unfair situation to put people in” and that fostering connections between inmates and their families is helpful for their release.

“I will tell you that we can do a far better job in preparing people for re-entry,” he said. “This is a comprehensive approach to preparing folks to re-enter society.”

The state legislature has until early May to act on the proposal.