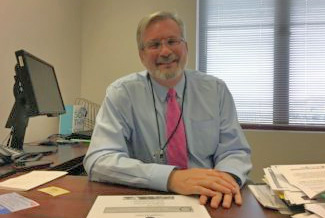 J.R. Romano, the head of the Connecticut Republican Party, said William Petit, a freshman state representative whose district covers Plainville and New Britain, is considering a run for the seat.

After a torrent of criticism over the way she handled an abusive staffer, Esty announced this week she will not seek re-election.

Petit is the lone survivor of a 2007 home invasion in Cheshire in which his wife and daughters were murdered. Esty lost her seat in the state legislature in 2008 after she voted against the death penalty in the wake of that high-profile crime, losing to a Republican who supported capital punishment.

Romano also said Mark Greenberg, a Republican who is running for state comptroller, is “definitely in the race.” Greenberg, who has lost two previous runs for the 5th District seat, did not respond to emailed inquiries.

So are state Sens. Kevin Witkos of Canton and Eric Berthel of Watertown, Romano has said.

While the Republicans running for or considering a run for Esty’s seat are all male, the two from the Democratic side so far are female.

Mary Glassman, the former first selectman of Simsbury, has jumped into the race. State Rep. Michelle Cook, D-Torrington, is considering it. State Rep. Liz Linehan, D-Cheshire, said she isn’t interested, though some state Democrats are urging her to run.

New Britain Mayor Erin Stewart is a GOP woman who has been encouraged by many state Republicans to run. But Stewart said she is determined to run for governor, instead.

“I’m honored to have received so many calls encouraging me to run for Congress these last few days,” Stewart said in a statement. “There is no question that it would be a less cluttered path to nomination, but what people still don’t understand is that I’m a woman who knows what she wants.”

Stewart said, “I continue to firmly believe that my experience, skill and positive vision are what we need in the governor’s office, and I am fully committed to making that a reality.”

She also said her fundraising pace is better than her opponents’, “and the response we’ve received in the field has been overwhelming.”

“I will do all I can to see that Republicans take back the 5th, as well as the state House and Senate…that begins by having a strong leader at the top of the ticket who has broad appeal,” Stewart said.