Washington – Sen. Richard Blumenthal’s office was not on the schedule as Facebook founder Mark Zuckerberg made the rounds of key lawmakers Monday, ahead of two hearings where he will be grilled on his company’s failure to protect user data.

That’s probably because Blumenthal is expected to be one of the toughest questioners at Tuesday’s joint hearing by the Senate Judiciary Committee and the Committee on Commerce, Science and Transportation.

“He knows where I stand,” Blumenthal said. “I’ve been very clear on what Facebook needs to do.”

Blumenthal, a member of both the Senate Judiciary Committee and the commerce panel, said this is a “moment of reckoning,” for the social media giant. 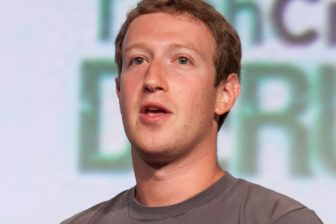 He plans to press Zuckerberg to commit to broad changes to protect user privacy, including requiring users to “opt in” rather than “opt out” of tracking by data-mining companies. Blumenthal also wants Facebook users to be able to see all the information collected about them.

“Facebook must inform users and seek their consent before it shares or uses their information,” Blumenthal said.

Zuckerberg also will be grilled by the House Energy and Commerce Committee.

In testimony released ahead of the hearings, Zuckerberg said, “It’s clear now that we didn’t do enough,” in preventing Facebook’s apps “from being used for harm.”

“That goes for fake news, foreign interference in elections, and hate speech, as well as developers and data privacy,” Zuckerberg’s testimony said. “We didn’t take a broad enough view of our responsibility, and that was a big mistake. It was my mistake, and I’m sorry. I started Facebook, I run it, and I’m responsible for what happens here.”

Facebook is under fire because a company run by researcher Aleksander Kogan obtained personal information on more than 80 million Facebook users and their friends through a personality test app in 2013 under the guise of academic research.

The information was provided to Cambridge Analytica, a data-mining company, and used to target voters during the 2016 presidential election.

“This apology tour and contrition song is no substitute for some really effective internal controls,” Blumenthal said.

Facebook has been trying to get ahead of the questions lawmakers will level at it this week by implementing a number of changes.

The company announced it would restrict access for third-party developers. It said it would provide more  transparency about data collection and better controls to help people understand what information is being shared.

Facebook also has announced more transparency around the political and issue ads that appear on its platform.

Blumenthal said the steps Facebook has taken are not enough and hopes to press Zuckerberg to go further. He also said the United States should follow Europe’s lead in protecting personal information. 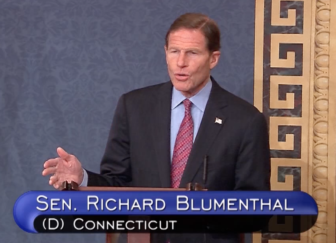 The European Union next month will enact a new privacy law designed to make sure users know and understand the data that companies collect about them and consent to sharing it. Individuals will have the right to access all their personal data, control access and use of it, and even have it deleted.

Zuckerberg will also testify about the disinformation campaign run by the Internet Research Agency, or IRA, a Russian agency that has used social media to spread deceptive information and manipulate voters in the United States, Europe and Russia.

In his testimony, Zuckerberg said his company found about 470 accounts and pages linked to the IRA, which generated around 80,000 Facebook posts over about a two-year period.

“Our best estimate is that approximately 126 million people may have been served content from a Facebook Page associated with the IRA at some point during that period,” he said. “On Instagram, where our data on reach is not as complete, we found about 120,000 pieces of content, and estimate that an additional 20 million people were likely served it.”

Zuckerberg’s high-profile testimony this week is a first for the Facebook CEO.

In October, lawmakers had tried to press him and his counterparts at Google and Twitter about the ways that the Russian government spread propaganda on their platforms around the 2016 presidential election. But the top executives sent their leading lawyers to testify in their place.