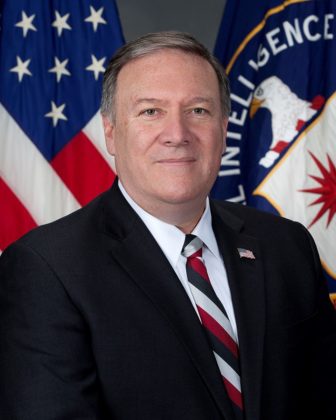 Washington – Sen. Chris Murphy on Monday said he would oppose the confirmation of CIA Director Mike Pompeo to head the State Department.

In announcing his opposition, Murphy cited the candidate’s “narrow” foreign policy views and stands on a number of issues, including the use of torture and the rights of Muslims and LGBT Americans, “that place him outside mainstream American values.”

“I was impressed by Director Pompeo’s recognition of the many failures of Rex Tillerson’s tenure at the State Department,” Murphy said. “But any successful president must surround himself with advisors offering competing viewpoints and presenting multiple paths to address complex problems.”

Murphy, a member of the Senate Foreign Relations Committee, said he was “deeply concerned” President Donald Trump “is intentionally surrounding himself with people who will narrow the foreign policy options available to him, prioritizing military solutions over diplomatic solutions.”

“This weekend’s illegal and counterproductive strikes against the Syrian government underscore the urgent need for a secretary of state who will stand up for the Constitution and articulate to the president the danger of American military hubris,” Murphy said. “Mr. Pompeo’s clear history of viewing American global power primarily through a military lens makes him the wrong person for the moment.”

Murphy is the third Democrat on the Foreign Relations Committee to say he will oppose Pompeo’s confirmation, following Sens. Tim Kaine, D-Va., And Jeanne Shaheen, D-N.H.

Pompeo will need bipartisan support to clear the panel, which Republicans govern with a narrow 11-10 majority. Republican Rand Paul of Kentucky, a member of the committee, opposes the nomination.

Without Democratic support in the Foreign Relations Committee, the Trump administration could face an unprecedented scenario where a secretary of state nominee can’t clear the panel and Republican leaders would have to decide whether to take the matter straight to the Senate floor for a vote.

At Pompeo’s confirmation hearing last week, Murphy asked the nominee about the Trump-Russia investigation of special counsel Robert Mueller, and whether Trump is required to consult Congress before ordering airstrikes on Syria.

In January, Pompeo was easily confirmed as head of the CIA on a 66-32 vote in the Senate.

Pompeo, a former member of Congress, had some Democratic support in that confirmation vote, and the only Republican in opposition was Paul.

A storm in the Northeast prevented Murphy and fellow Connecticut Sen. Richard Blumenthal from making it to Washington in time for the vote.

Blumenthal and Murphy had said they planned to vote “no” on the confirmation of Pompeo for CIA director.