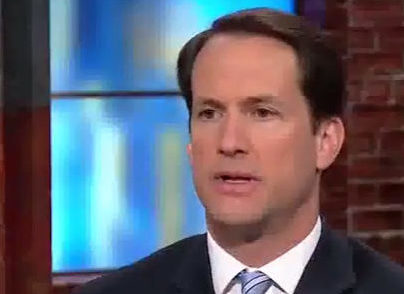 Rep. Jim Himes:  “I have known for years that it would require adjustments over time.”

Washington – Rep. Jim Himes split from other Connecticut Democrats in supporting a  bill that pares down several restrictions of the 2010 Dodd-Frank bill, a law imposed on U.S. banks and other institutions after the global financial crisis.

The U.S. House of Representatives voted 258-159 to pass the “Economic Growth, Regulatory Relief, and Consumer Protection Act,” which only had 33 Democratic supporters, including Himes, who represents a Fairfield County based district that is home to many who work in the financial industry.

The bill was approved in a similar partisan split by the Senate in March, over the opposition of both Sens. Richard Blumenthal and Chris Murphy. It now goes to President Donald Trump, who has said he will sign it.

The legislation contains several controversial measures. It would relax rules on regional and community banks and exempt some larger banks from the reach of “too big to fail” regulations.

The bill also raises the threshold for banks to report potentially risky mortgage-lending activity to regulators.

Himes said that as one of the lawmakers who helped fine tune that bill in the U.S. House, “I have known for years that it would require adjustments over time.”

“Over the years, as I have defended Dodd-Frank from repeal and attack by Republicans, I have considered whether we struck the right balance of properly regulating larger institutions without placing undue burdens on community banks and credit unions critical to our communities and to competition in the banking sector,” Himes said.

He said People’s United Bank in Bridgeport “is subject to many of the same restrictions intended for much larger institution, and that Dodd-Frank regulations for large banks hurt the ability of smaller ones to make loans and mortgages.

“Fixing this is a good thing,” Himes said. “Acting to assist our smaller banks to compete with the largest banks is also a good thing.”

Most Democrats, especially those in the progressive wing of the party, slammed the bill.

“It’s a bad bill under the guise of helping community banks,” said House Minority Leader Nancy Pelosi, D-Calif. “It rolls back key can safeguards for American consumers.  It opens the door to lending discrimination, and it potentially threatens the stability of our financial system and our economy.”

Pelosi also said “the bill would take us back to the days when unchecked recklessness on Wall Street ignited an historic financial meltdown.”