Wealthier students benefit from art, music over summer while poor kids miss out 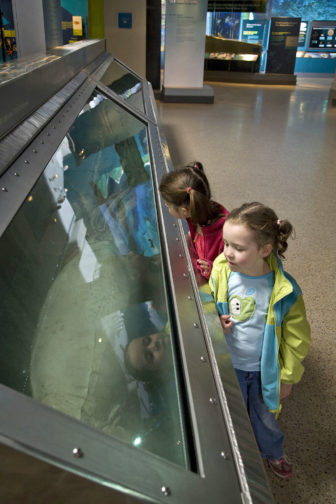 More affluent kids are about twice as likely to visit a museum, art gallery, or historical site or see a play or concert over the summer, as compared with their peers from low-income families.

That’s according to a new analysis released this month by the federal government, illustrating disparities in out-of-school experiences, which may be exacerbated by rising income inequality. It also comes as a slew of recent studies have shown measurable benefits of cultural experiences like attending a play or visiting a museum, including greater appreciation of art, higher tolerance, and stronger critical thinking skills.

The results are based on a national survey of parents and guardians from 2011 and focus on the experience of young children in the summer after kindergarten. While nearly two-thirds of students from non-poor families visited an “art galleries, museums, or historical sites with family members during the summer,” only one-third of poor students did.

Just 15 percent of low-income families reported taking their kids to a play or concert over the summer, compared with a third of non-poor families.

There were also major gaps in students likelihood of attending summer camp: 39 percent of non-poor kids did, compared with just 7 percent of children from poor families.

The disparities were similar when examined based on parents’ level of education. The results were also consistent with a similar survey from a decade earlier.

Another study, released last week, points a finger at one potential culprit: rising gaps in income between the wealthiest and poorest households, that may allow some families to afford cultural activities that others can’t. The paper found that in states with greater income inequality, there were also bigger disparities in how much families spent on their kids for things like tutoring, sports, and other enrichment programs. Nationally those gaps have widened over time. Some scholars have referred to it as the “shadow education system” that higher-income families participate in.

In addition to cost factors, there may also be differences in parents’ ability to take time off work to go to cultural events, knowledge of those events, and ease of transportation to them.

The federal study does not have data to explain why gaps exist.

The analysis also found smaller differences by families’ economic status in students’ likelihood of taking part in other activities, including visiting a zoo or aquarium, an amusement park, and a beach or national park.

The study reported little or no difference between groups in likelihood of students reading on their own or doing math and writing activities with family members, suggesting parental or student motivation is not likely a key factor in explaining other results.

Regardless of reason, recent research suggests that students are likely to benefit from these sorts of enrichment activities. (Keep in mind this research generally focus on access through school field trips as opposed to family events.)

A study published earlier this year found that students randomly assigned to see live theatre had increased levels of political tolerance as a result and had a better understanding of the plot and vocabulary of the play as a result; students who saw a movie version did not realize those benefits.

Students who took a trip to an art museum were more interested in visiting such museums in the future; the experience seems to boost students’ critical thinking skills, and may even increase math and reading test scores, although it’s not entirely clear why.

The benefits seem to extend to even early-grade students, like those seen in the federal analysis.

In some cases, gains appeared biggest for students with the least access, such as those from rural and high-poverty schools.

“It appears that the less prior exposure to culturally enriching experiences students have, the larger the benefit of receiving a school tour of a museum,” wrote researchers Jay Greene, Brian Kisida, and Daniel Bowen in one study. “Disadvantaged students need their schools to take them on enriching field trips if they are likely to have these experiences at all.”

Originally posted May 30, 2018, on Chalkbeat, is a nonprofit news site covering educational change in public schools.