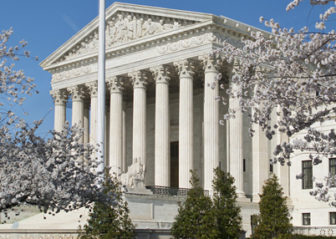 The U.S. Supreme Court’s decision Thursday opening the door for states to capture sales tax receipts for online and other remote transactions could help Connecticut capture more than $100 million annually in new revenues.

It also means consumers’ days of purchasing goods online without being assessed sales taxes by an internet company may soon be over.

The high court’s ruling in South Dakota v. Wayfair Inc. was hailed by Gov. Dannel P. Malloy and by the head of the Connecticut Retail Merchants Association as a key step to help brick-and-mortar businesses compete with online retailers. 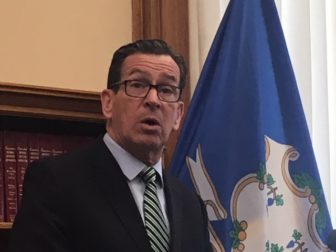 “It means that the corner store is now on the same footing with the online retailer,” Malloy said in a statement released by the National Governors Association.

Malloy is a member of the NGA’s Legal Affairs Committee, which has argued for years that all sellers — not just those with a physical presence in a particular jurisdiction — should be compelled to collect and remit sales taxes back to the states where respective shoppers are located.

A common myth is that online transactions are exempt from sales taxation, which has never been the case. Rather, many internet retailers simply have declined to collect the tax and remit it back to the states, arguing they only are required to do so for the state in which they are located.

Tim Phelan, president of the Connecticut Retail Merchants Association, called the court’s decision “good news for retailers and consumers” and “a long-overdue leveling of the playing field across the retail industry.”

Brick-and-mortar retailers support more than 470,000 jobs in Connecticut and contribute $34 billion to the state’s economy, according to the association.

Phelan added that “as the industry continues to respond to consumer preferences and changing technology, it is fair and appropriate that retailers have the same sales tax collection obligations – whether merchandise is sold online, in-store or both.”

For years Connecticut tried to get in-state consumers to voluntarily report and pay the sales tax they were never charged online. This can be done through the “use tax” reporting line on state income tax returns.

But while the state collected more than $4.4 billion in sales tax receipts in the 2016-17 fiscal year, use tax payments amounted to roughly one-half of 1 percent of that total, or about $22 million.

So how much in sales taxes should Connecticut be collecting on all online transactions? It’s hard to say, in large part because the U.S. Supreme Court ruled in 1992 (in Quill Corp. v. North Dakota) that a lack of physical presence was enough to exempt a business from having to collect and remit states’ sales taxes.

The lack of data hasn’t stopped many from trying to estimate how much states have been losing, but the numbers keep changing as internet commerce continues to grow.

A 2010 analysis by the Center on Budget and Policy Priorities, a nonprofit fiscal and public policy group based in Washington, D.C., concluded states were losing $7 billion collectively per year.

But just two years later, an updated study by the University of Tennessee and the head of the Washington State Office of Financial Management concluded the problem was much larger. It estimated states were losing $23.3 billion annually from online sales — and it pegged Connecticut’s share of that at $152.4 million.

And by March 2017, the National Conference of State Legislatures (NCSL) estimated the total loss for all states had reached $26 billion.

According to an NCSL report issued this past June, more people shopped online than they did in stores on Black Friday for the last three years. And over the last six, electronic commerce has grown by 15 percent and now accounts for 10 percent of all retail sales. 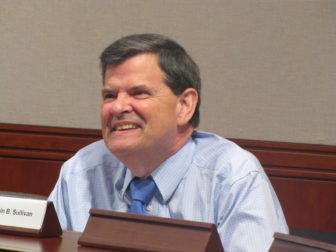 Retiring Connecticut Department of Revenue Services Commissioner Kevin B. Sullivan told The Mirror last April that his agency estimates the state loses $100 million to $200 million annually because of sales tax receipts not collected by remote merchants. Sullivan is stepping down later this month.

Connecticut has made some strides in attacking the problem.

Malloy reached an agreement in 2013 with Amazon. The online retailing giant agreed to collect and remit sales tax receipts after it announced plans to develop of a new distribution center in Connecticut.

Amazon plans to open a 1.2 million-square-foot center next May in North Haven It would employ about 2,000 people. It has also opened a pick-up location in Storrs.

The Malloy administration estimates the Amazon deal has bolstered sales tax receipts by about $15 million per year.

Connecticut legislators also enacted a law this year that requires online companies to remit sales taxes if they have at least 200 transactions or collect at least $250,000 in gross receipts from Connecticut consumers in a 12-month period.

“This ruling means the state can now further change our laws,” Fasano said. “If the legislature wants to reflect this ruling, we should go back in to session to make our tax policy more fair and balanced and eliminate the disadvantage retailers with physical locations in Connecticut have long struggled to overcome.”