Attorneys for Kavanaugh’s Yale accuser worry FBI ‘is not conducting a serious investigation.’ 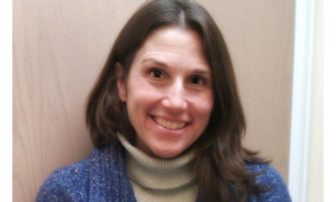 Washington – A lawyer for former Connecticut resident Deborah Ramirez, who has accused Supreme Court nominee Brett Kavanaugh of exposing himself to her in a Yale dorm room, said the FBI conducted a “detailed and productive interview” Sunday of his client.

But in a series of tweets on Tuesday, John Clune, Ramirez’s Colorado-based attorney, said he is concerned “that the FBI is not conducting — or not being permitted to conduct – a serious investigation.”

Clune said Ramirez’s lawyers gave the FBI the names and known contact information of additional witnesses – totaling more than 20 – “who may have corroborating information.”

The FBI is expected to finish its limited probe on Wednesday.

Ramirez, 53, said she and Kavanaugh where both freshmen when the incident took place in 1983 at a student drinking party in a suite at Lawrance Hall, which is located in the part of Yale known as Old Campus. The Shelton native said Kavanaugh thrust his penis in her face and forced her to touch it.

Kavanaugh has vigorously denied doing so – or of being guilty of any sexual misconduct.

While the FBI continued to investigate the accusations of Ramirez and two other women Tuesday, Senate Republicans continued their defense of the nominee.

Senate Majority Leader Mitch McConnell, R-Ky., mocked a New York Times story about a late-night bar fight in New Haven involving Kavanaugh that resulted in one person being treated at a hospital.

“Get this, Judge Kavanaugh may have been accused of throwing some ice across a college bar in the mid-1980s. Talk about a bombshell,” McConnell said.

McConnell angered Democrats on Tuesday by saying the results of the FBI probe would not be made public, and that only members of the Senate will be able to read it.

Meanwhile, attorneys for Christine Blasey Ford, Kavanaugh’s first accuser, on Tuesday implored the FBI to interview her and act on investigative leads they have provided for its inquiry.

Sen. Richard Blumenthal, D-Conn., a member of the Senate Judiciary Committee, tweeted Tuesday, “Increasingly concerned about calls with tips or leads conveyed to the FBI going without prompt response. Are more resources needed?”