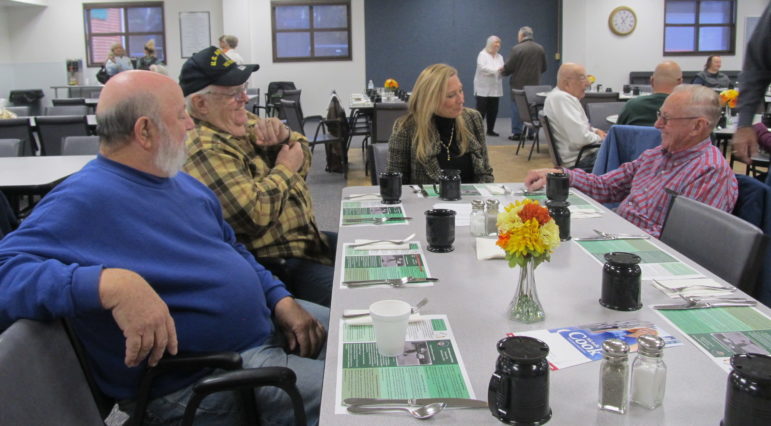 Torrington — Democratic state Rep. Michelle Cook drew smatterings of laughter as she stood next to an unlit black and white bingo board, answering questions and rattling off quips for an audience of fleece-clad seniors on a recent October afternoon.

“I know somebody already asked me how old I was, um, yes, I’m married,” Cook remarked to the giggling locals as she urged them to ask questions.

Cook, a Democrat, is battling to keep her 65th House District seat from being taken by Republican Molly Spino after holding onto her Torrington district on a split ticket in 2016. As Cook safeguarded a fifth term by just 213 votes that year, those same constituents voted for President Donald Trump by 57.4 percent.

The lawmaker later closed the event by telling the seniors she brought Lombari’s Bakery cookies, but not without advising that they were left bundled for the end of lunch. 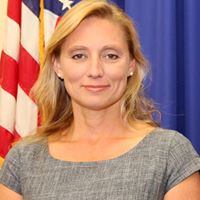 “As I know that there are a few gentlemen here that used to say, ‘You have dessert first in case you don’t make it to the end of the meal’— I think that’s cheating, so I kept them wrapped,” Cook teased.

Her stop at a local senior center, where she dispensed hugs, handshakes, and pamphlets, is common practice for most politicians trying to win an election.

But the stakes are especially high for Cook this year, as many of those Torrington seniors will have the chance to cast critical votes in one of Connecticut’s few key swing districts, meaning members of both parties are eyeing it hungrily to help secure the state House majority on Nov. 6.

For Republicans, taking control of the House would mean gaining five more seats, as Democrats currently hold 80 of the chamber’s 151 slots.

“Absentee ballots are through the roof,” Anderson said. “It feels like a presidential year.”

Torrington Mayor Elinor Carbone, a Republican who is supporting Spino, described the race as a ground game for both candidates.

“This is really is one of those strongholds where it’s who you know and then how you serve them,” Carbone said.

House Speaker Joe Aresimowicz, D-Berlin, said the 65th House District race is among roughly eight races across Connecticut that will set the tone for the election.

Cook and Spino are part of a wave of female candidates across the nation who are running for office in the upcoming midterms.

Cook is currently the only woman and Democrat in the pool of lawmakers who represent the state’s northwestern corner. 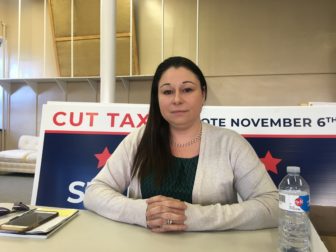 But Spino, a 35-year-old real estate paralegal and U.S. Marine Corps veteran, is hoping to break the Democrat’s 10-year hold on the seat.

House Republicans are focusing a lot of effort on taking back the district, Spino said Tuesday, adding that House Minority Leader Themis Klarides, R-Derby, Rep. Jay Case, R-Winsted, and Rep. Brian Ohler, R-Canaan, have all come to the district to campaign with her.

“Of all the seats, this is one of the main ones they really want to see turn,” said Spino, who also serves on the local board of education.

J.R. Romano, chairman of the Connecticut Republican Party, said the 65th district offers the opportunity to elect a Republican who would “bring major change to how Hartford does business.”

Spino, a fifth-generation Torrington resident, said she decided to run because she was unhappy with the downturn in the state’s economy, an issue she believes led her family’s numerous small businesses to shrink to just one.

Spino joined the military in 2000 when she was 17-years-old and worked as a motor vehicle operator transporting troops and supplies. Spino said she still deals with post-traumatic stress disorder from military sexual trauma she experienced six months into her service.

On Tuesday evening, Spino, together with Carbone, knocked on doors in Cook’s neighborhood as rain clouds gathered overhead. Dressed in a black blazer, jeans and suede boots, Spino greeted local residents and tucked laminated flyers into the door handles of unanswered homes. 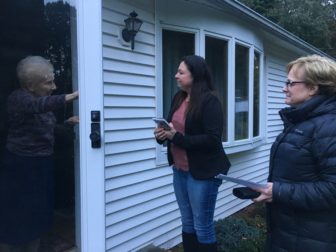 Irene Hricko, 87, excitedly told the candidate she knew her grandmother, which sold her on voting for Spino.

Spino wasn’t surprised the women knew her grandmother, later commenting that she and her husband cannot go to the grocery store in Torrington without bumping into someone who knows either them or their parents.

Spino says she would bring a moderate Republican voice to the House. She is opposed to tolls, advocates for cutting back state spending, and supports maintaining municipal power.

“I’m fiscally conservative, but socially I’m very moderate to even liberal,” Spino said. “I think that’s what Torrington wants … why not get somebody that can represent both parties?”

The Republican said she supports legalizing marijuana, while Cook said she’s “not there yet,” on that issue. Cook did vote to decriminalize small amounts of marijuana and to legalize medical cannabis.

Spino has also criticized her opponent for not collaborating enough with the rest of the local delegation, a charge that Cook angrily denies.

“We all get along very well, as far as our delegation is concerned,” Cook said, adding that any piece of legislation she has worked on has had bipartisan support. 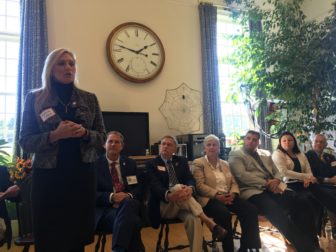 Cook, 48, has not lost sight of what is at stake this year or forgotten the previous races that have consistently kept her in office.

Cook, who is originally from St. Louis, recognizes she has kept her seat precisely because of the district’s willingness to split tickets. But she believes that comes from “people knowing I am an honest, hardworking individual … I continue to give back to this community.”

Cook said her legislative focus is largely driven by the concerns she hears when knocking on doors. The Democrat said those issues typically involve health care, prescription coverage, education and veteran services.

On tolls, the Democrat said she isn’t fully in favor of them but would like to see a plan. She did not support Gov. Dannel P. Malloy’s $10 million toll analysis approved by the State Bond Commission earlier this summer.

“I don’t believe $10 million was right at all for a plan. I know that there was a study that’s sitting on the shelf from like 2009 or so–I say we take that off the shelf, dust it off, and let’s readdress the conversation and then bring it back,” Cook said.

Aresimowicz, who called Cook “a political powerhouse,” said an incumbents’ knowledge and political capital is very hard to replace. 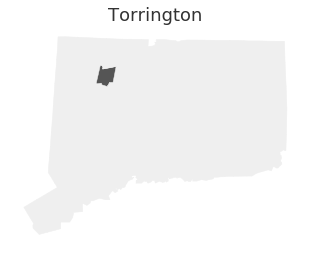 “Being a deputy speaker and being active in the screening committee, she’s accumulated a lot of political capital on both sides of the aisle,” Aresimowicz said.

Alex Mont, a 50-year-old Torrington resident visiting a local barbershop, said he will be supporting Cook next month despite not voting for her in past elections. The Puerto Rican native said that’s because she is endorsed by the unions and he likes that she sends regular updates about her work.

Andy Smith, a 69-year-old Torrington resident sitting at Sawyer’s Bar and Grill drinking a beer, however, said he will be supporting Spino, despite not knowing a lot about her. Smith said he isn’t happy with the way the state has been governed under Democratic leadership, and blames them for having “screwed up our economy.”

“I just cannot support Democrats in the state legislature or the governor—can’t do that,” Smith said.

Cook knows how unpredictable her district is, which has dictated her campaign strategy from the beginning. Cook said she and her husband, along with a few volunteers, have knocked on every single door in her district in the run-up to this election – a tradition that started when she first ran for office in 2008. 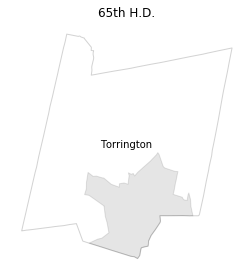 “And we did (door knocking) every day,” Cook said. “I made phone calls every night until like 8 o’clock, to the point where I had blisters behind my ears because I was on the phone so much.”

Although Cook and Spino disagree about some significant issues, they do have one thing in common — their shared belief that all women should exercise  their right to vote.

“Women never had that right for many, many years,” Cook said. “We should exercise our right to do that.”

Spino said her grandmother taught her about the importance of voting when she was a teenager, which led her to always vote by absentee ballot while she was in the military.

“And [she] taught me about when women first got the right to vote, her mother went out and registered right away,” Spino said.