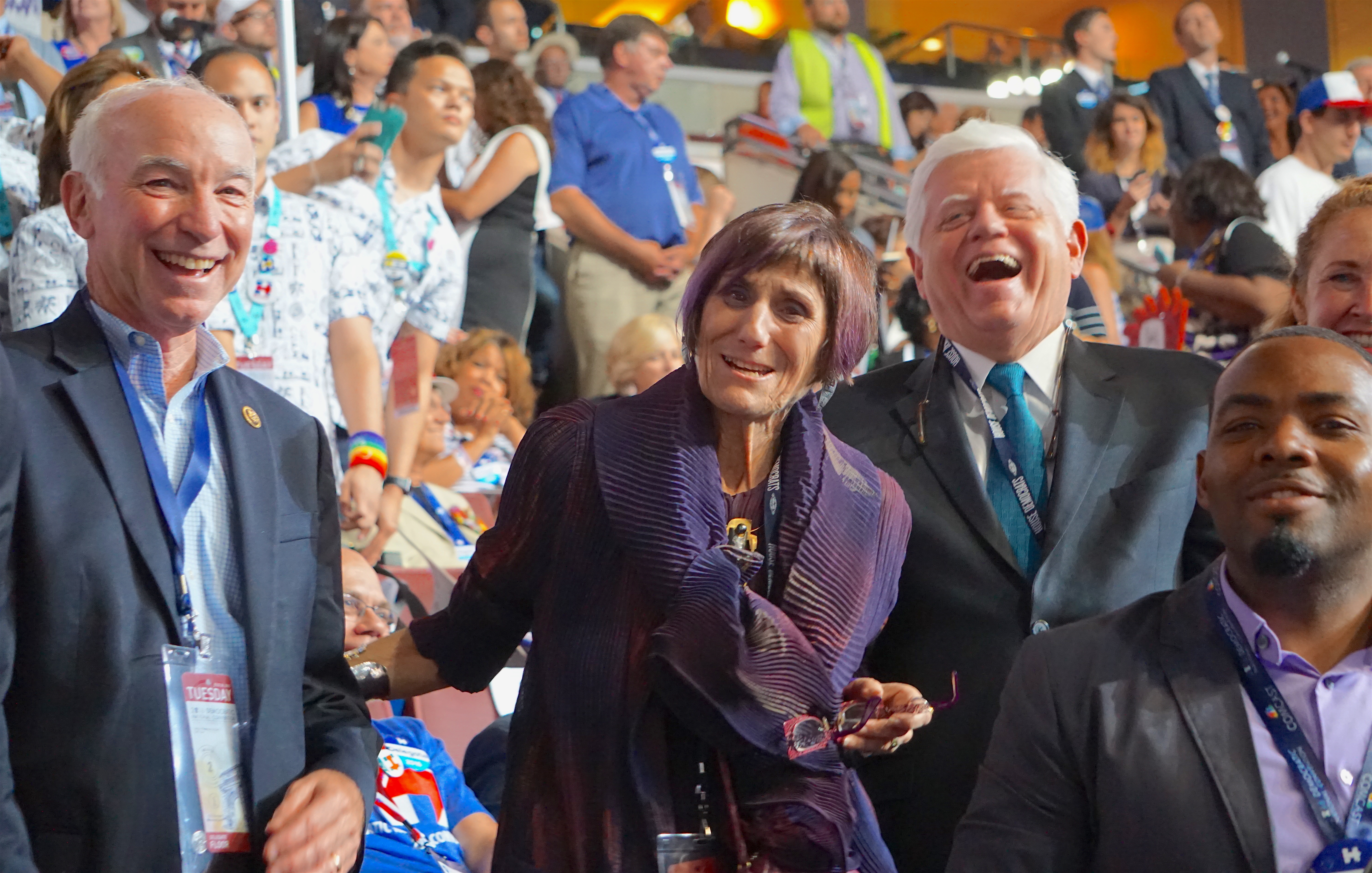 Washington – The Democratic takeover of the U.S. House of Representatives has propelled Connecticut’s lawmakers into positions of power that may help them further their agendas and give them new roles in the effort to block President Donald Trump’s initiatives.

With some races still undecided on Wednesday, Democrats were projected to win more than 30 seats in the House, providing for the first time a check on presidential power, crippling Trump’s conservative agenda and paving the way for unfettered investigations into his scandal-plagued administration, his presidential campaign and his family’s business empire.

With an all-Democratic congressional delegation, Connecticut will be one of the deepest “blue” states represented in the new Congress, which will start work in January. DeLauro and Larson will also be among the most senior Democrats in the next Congress, having served in that chamber since 1991 and 1999, respectively.

In her victory speech, DeLauro said “everything has changed” with the Democratic takeover of the House. She reminded supporters she would be the chairman of a House Appropriations subcommittee that funds labor, health, and education programs.

DeLauro promised to seek increases in funding for those programs and “stop (Education Secretary) Betsy DeVos from privatizing public education or arming teachers.”

She also said she would “stop the sabotage” of the Affordable Care Act, which congressional Republicans have not been able to repeal, but Trump has weakened using his executive authority.

Rep. Joe Courtney, D-2nd District, said he will pursue the chairmanship of a House Armed Services Committee panel with authority over the Navy, which is important to a district in the eastern corner of the state that is home to Naval Submarine Base New London and submarine-maker Electric Boat.

Courtney, who also serves on the House Education and Workforce Committee, said he is “also excited to get issues moving that have been bottled up over the last eight years,” or since Democrats lost control of the U.S. House in a midterm election in 2010.

Those issues that were “bottled up,” include efforts to make college more affordable, Courtney said.

“So many issues have been obstructed by the Republican leadership,” he said.

Although Democrats failed to take control of the Senate Tuesday night, and the GOP majority in that chamber has grown, Courtney is optimistic that some Democratic initiatives may be adopted by the Senate, which traditionally is less polarized than the U.S. House.

“Even with a Republican Senate, we can move forward,” Courtney said.

Others predict the midterm election will result in greater gridlock in Washington, since many of those who lost their seats on Tuesday were moderate members of the Republican and Democratic parties.

“If the Democrats think they are going to waste Taxpayer Money investigating us at the House level, then we will likewise be forced to consider investigating them for all of the leaks of Classified Information, and much else, at the Senate level. Two can play that game!,” the president tweeted.

Larson will take a leadership role in the House Ways and Means Committee next year, a panel that has subpoena power to seek Trump’s tax returns, which the president has refused to make public.

Yet Larson also hopes to work with the president, if that advances his personal initiatives, which includes making changes to the Social Security program and funding a highway tunnel in Hartford.

“I am particularly proud that I will have the opportunity to be the chairman of the Social Security subcommittee,” Larson said. “It is our goal and mission to not only preserve Social Security, but to expand it for the families and people in my district and across the country. I am committed to rolling up my sleeves and working with the president and across the aisle for real solutions for the American people.”

Himes moves up in seniority on the House Intelligence and House Financial Services committees next year.

The Intelligence Committee was embroiled in bitter partisanship this year as it probed possible Russian collusion with the Trump campaign. GOP members determined there was no collusion, but the issue is likely to be revisited now.

The Intelligence Committee is the only permanent committee in Congress whose members are appointed unilaterally by the Republican and Democratic leaders in the House, meaning they retain tight control over the committee’s business and tend to appoint close allies to it.

Meanwhile, Hayes has not disclosed what assignments she will seek in Congress. Unlike other freshmen, who are hindered by a lack of visibility and seniority, Hayes’ run for Congress drew national attention and financial help and she’s been courted by senior Democrats who are seeking her support in House Democratic leadership elections. That may give her leverage in seeking committee assignments.

Powerful House Democrats seeking leadership positions who have given Hayes financial help, or come to the state to help her campaign, include Reps. Jim Clyburn, D-S.C., and Hakeem Jeffries, D-N.Y., Steny Hoyer, D-Md. and House Minority Leader Nancy Pelosi, D-Calif., who may be challenged by some of these other Democrats if she seeks to become House Speaker next year.

Chants of ‘No justice, no peace’ and no traffic moving on I-95

“It’s not every day we take over a highway, you know," one protester said. "It makes you want to cry."

Part of the proposed HEROES, Act would will funnel money to defense and intelligence companies and their top executives.

People throughout Connecticut protest the death of George Floyd

Protesters in Hartford, New Haven, Bridgeport, New London, and other parts of Connecticut joined a nationwide call for action Saturday following the death of George Floyd in Minneapolis police custody.