Can efficiency save state government $1 billion per year? 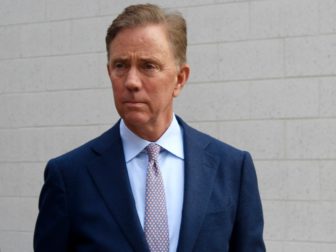 Could state officials cut nearly $1 billion from the annual budget — without harming the grants and services most people care about?

Does that sound too good to be true?

More importantly, should Connecticut spend hundreds of thousands of dollars hiring a consultant to find out?

The answer to that last question rests with Gov.-elect Ned Lamont.

And while he hasn’t said directly whether or not he will commission the study, the incoming governor has not closed the door on new ideas – even those that might seem pie-in-the-sky — about how best to control the growth of state spending.

“Gov-elect Lamont and his transition team are engaging experts from around Connecticut and across the country to develop a budget that addresses our structural deficits without gimmicks or short-term fixes,” a spokeswoman for the Lamont transition said Thursday. “The governor-elect will bring fresh eyes to the decades-old problems in Hartford and will put forward a long-term vision for making state and local government more efficient.”

At issue are the proposals of the Commission on Fiscal Stability and Economic Growth, a 14-member panel of business leaders and others that spent the first two months of 2018 crafting a blueprint to end state government’s worsening cycle of deep budget deficits.

The commission, which reported its findings on March 1 and delivered a slightly modified plan this week, centered both of its plans on a few, central pillars:

If that number seems too steep — $1 billion is 5 percent of the entire General Fund, after all  — the commission also said the state could increase revenue without raising taxes, such as through stronger tax collection efforts.

But commission members have acknowledged the bulk of that $1 billion target likely would have to be met by reducing spending rather than optimizing revenue.

Lamont said throughout the campaign he would try to shield state aid to cities and towns. Several key grants to communities already have been cut in recent years.

Republican legislators have been mostly silent about this efficiency recommendation. Democrats who have spoken say no one could slash $1 billion without hurting health care, municipal aid and education. 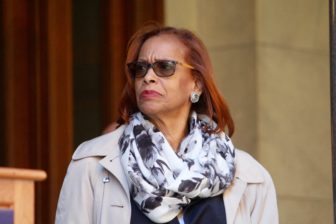 “There isn’t $1 billion of fat in this budget,” she said.

But what if these programs could be cut, but not too deeply?

A think-tank sponsored by a business coalition, the Connecticut Institute for the 21st Century, delivered a series of studies in 2010 and 2011 focused on achieving greater cost efficiency in state government.

It estimated the state could save more than $600 million annually by accelerating the ongoing shift of the elderly from nursing home care into home- and community-based health care.

In another report, the institute urged the state to abandon its dual, public-private system of delivering social services, arguing a shift toward complete privatization also would yield big savings.

But there are problems with these recommendations. For one, both of these shifts are projected to take anywhere from five to 10 years to achieve major savings.

In fact, efforts to make many state programs more cost efficient hinge on being able to reduce or eliminate staff, or to achieve wage and benefit concessions.

State employee unions granted givebacks in 2009, 2011 and 2017, and leaders have said seeking more concessions now would be unfair. Further complicating matters, the 2017 concessions deal included restrictions on layoffs through mid-2021. This reduces any leverage Lamont would have to force unions back to the bargaining table.

Still, legislators agreed last May — at least in theory — to explore that $1 billion target challenge.

Lawmakers voted to direct the governor’s budget office to hire a national consultant to study the issue during this fiscal year. But they authorized no money to pay for it, directing the budget office to fund the study from its own resources.

But while officials assumed a study would cost tens of thousands of dollars, bids received this past summer ranged between $300,000 and $400,000.

Malloy also did not seek re-election and his term ends when legislators return to the Capitol on Jan. 9 for the 2019 session.

Malloy administration officials consulted with the co-chairs of the fiscal stability commission, Robert Patricelli and Jim Smith, and all agreed the issue should be left for Malloy’s successor and  the 2019 General Assembly to sort out.

“OPM and the chairs of the Commission agreed that this study should be deferred until there were funds made available to pay for the consultant,” Chris McClure, spokesman for Malloy’s budget office, said Thursday.

“Presently, the study has no funding within the budget, so while we sought ways to fund it within OPM’s existing appropriations, the bids we received through the RFP process exceeded our ability to pay by hundreds of thousands of dollars.”

The current fiscal year runs through June 30, 2019, giving lawmakers plenty of time to launch a study in accordance with the law passed last May.