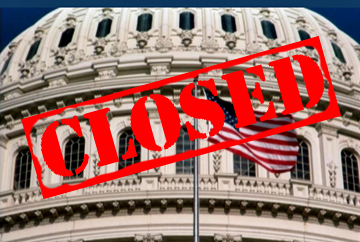 Washington – Efforts to end a partial government shutdown failed Saturday as Congress put off the issue until after Christmas, meaning there’s no quick end to closures that will affect about 1,500 government workers in Connecticut as well as those who need certain services.

Meanwhile, the blame game continued, with Democrats blaming the president for the shutdown and President Donald Trump pointing the finger at Senate Democrats.

“This is so stupid,” said Sen. Chris Murphy, D-Conn., in a statement. “ Congress and the White House had a bipartisan agreement to fully fund the government, but now we’re in a shutdown because the president threw a tantrum about his border wall that no one on the border even wants and he promised Mexico would pay for.”

Not only is an agreement elusive, but positions hardened after many federal agencies went dark just after midnight Friday, a result of Congress’ failure to approve their 2019 budgets.

Those agencies had been running on funding from a temporary spending bill, known as a continuing resolution, since Sept. 30, which is the end of the federal fiscal year.

Attempts this week to approve another continuing resolution that would fund the agencies until February failed as Democrats rejected Trump’s insistence that the bill contain $5.7 billion to build a wall between the United States and Mexico. Democratic votes are needed to pass any budget agreement since it takes 60 votes to move legislation forward in the Senate. Republicans only have 51 members in that chamber. 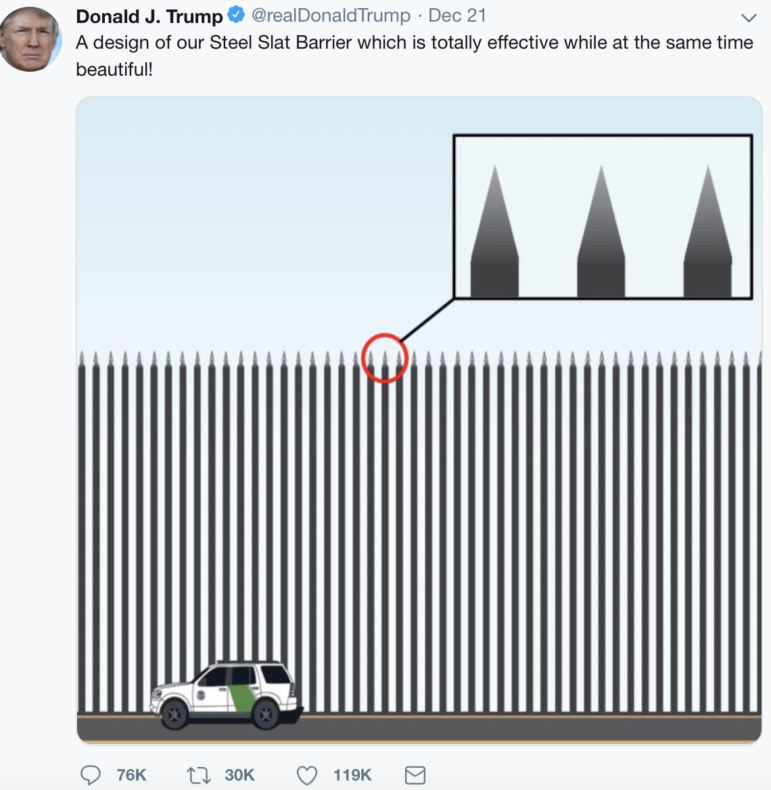 “The crisis of illegal activity at our Southern Border is real and will not stop until we build a great Steel Barrier or Wall. Let work begin!,” the president tweeted Saturday.

But Senate Democrats are holding fast in their opposition to funding the wall.

“Our taxpayers shouldn’t be on the hook for a hateful, ineffectual Trump vanity project that he promised Mexico would fund— & he’s now making Americans pay for his impetuous, prideful shutdown, too,” tweeted Sen. Richard Blumenthal, D-Conn.

With no agreement in sight, the Senate adjourned Saturday until after Christmas.

That means roughly 1,500 of the about 8,000 federal workers in Connecticut will remain furloughed without pay or will be required to work without pay.

Since the Pentagon’s budget was approved earlier this year, the largest group of federal workers in the state, those who are employed at the Naval Submarine Base in New London, won’t be affected by the shutdown.

Congress approved the Department of Veterans Affairs’ budget too, so VA hospitals and clinics will continue to operate as normal.

But hundreds of federal workers in Connecticut who work in the departments of Homeland Security, State, Transportation, Commerce, Interior, Agriculture, Housing and Urban Development and Justice will receive no more paychecks until the shutdown ends.  Employees of some independent agencies, including NASA, the Food and Drug Administration and the Environmental Protection Agency are also impacted by the shutdown.

The Coast Guard will continue to patrol the waters of Long Island Sound and effect  rescues, but its members will work without pay. So will the staff at the Coast Guard Academy in New London.

Transportation Safety Administration (TSA) officials at Bradley Airport and the air traffic controllers that direct flights at Connecticut airports will also be on the job during the busy holiday season – without pay.

That also goes for FBI agents in Connecticut and some other Justice Department employees.  All are considered “essential employees” and must work, whether they get paid or not.

Meanwhile, some federal employees, who work for the U.S. Department of Agriculture, the Department of Housing and Urban Development and the State Department, will stay home without pay.

People will still receive their Social Security checks and the mail will continue to be delivered during the shutdown. But the USDA extension offices in the state will be closed. So will passport, federal housing, Small Business Administration and immigration offices in Connecticut.

Home buyers may have to delay closings since the Internal Revenue Service, a Treasury Department agency, will only be working on essential business and won’t verify incomes.

With no new funding from the Justice Department, Connecticut’s federal court would curtail or postpone civil cases, but criminal cases probably wouldn’t be affected unless the shutdown drags on for more than two weeks. That’s because the federal courts have some money from fees and fines that could be used to run operations in the interim.

There have been about 20 federal government shutdowns since 1977. Most have lasted three days or less. The shutdown in 2013, however, lasted 16 days.