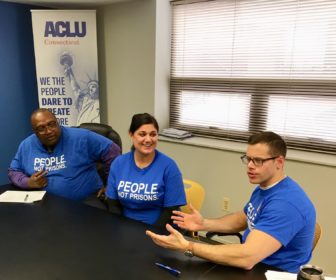 They are newly registered lobbyists, a trio employed by the ACLU’s Smart Justice campaign to push a new governor and General Assembly further along the path of criminal-justice reform. Two have advanced degrees. One calls himself a natural networker. All three have done time in Connecticut prisons.

“We launched with the idea that those closest to the problem are closest to the solution.” said Sandy LoMonico, 38, who was hired by the ACLU in Connecticut in late 2017 as its first criminal justice organizer.

She recruited 37-year-old Gus Marks-Hamilton and 56-year-old Anderson Curtis, who had been active in the reform movement, as field organizers. After spending much of 2018 organizing and pushing gubernatorial candidates to publish platforms on criminal justice, they are focusing on lobbying at the State Capitol.

“We’ve been up there for about a week, and a lot of the people you see there are professional lobbyists,” Marks-Hamilton said. “They are people who haven’t had the life experience that we’ve had. And so when we talk to legislators we are giving them a perspective that they’re not going to see from a lot of the other people you would normally see at the State Capitol.”

They believe they played a role in sparking the interest of Gov. Ned Lamont in the reform movement. Lamont acknowledges beginning his campaign a year ago knowing little about criminal-justice issues, but he responded to their challenge by publishing a detailed platform in the final weeks of the campaign. 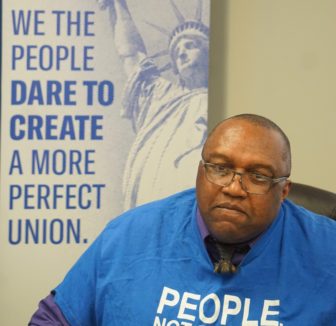 Curtis was at Hartford City Hall in December when Lamont received his transition committee’s recommendations on criminal justice reform and spoke about what he had learned in a year of campaigning. Lamont committed himself to continuing and building on the progress made by the administration of Gov. Dannel P. Malloy.

“To hear Ned Lamont talk about criminal-justice reform — ‘It’s the right thing to do,’ ‘It’s the smart thing to do,’ to hear the words ‘mass incarceration’ coming out of his mouth —was very fulfilling,” Curtis said. “It was like a signal that we made a difference.”

LoMonico, who says she spent time incarcerated as a juvenile and adult, graduated from the University of Connecticut in 2016 with masters’ degrees in social work and public health. Marks-Hamilton left prison in 2013 and graduated with a master’s in social work from UConn in 2017. Curtis got an associate’s degree in addiction counseling from Gateway Community College after going free 11 years ago.

Sen. Gary Winfield, D-New Haven, the new co-chairman of the Judiciary Committee and the first non-lawyer to lead the panel, said the Smart Justice campaign clearly played a role in the education of the new governor and can have a similar impact on legislators. 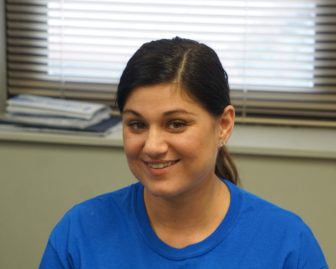 Smart Justice is a national campaign to end racial disparities in the justice system and cut the prison population by half, reversing an era of mass incarceration that paradoxically began after crime spiked in the U.S. through the 1960s and 1970s and continued long after the crime rate began to abate.

Connecticut was part of that trend, boosting its inmate population by more than 300 percent — and its correction budget to more than $600 million. The inmate census has fallen dramatically during the recently concluded Malloy administration from a high of 18,000 in the mid 1990s to 13,000.

“We had a little bit of an advantage being in Connecticut, and we want to keep that momentum going,” LoMonico said.

According to a 2018 report by the Prison Policy Initiative, the state now has the tenth lowest incarceration rate in the U.S., but still higher than any other state in New England and New York and New Jersey. Racial disparities in the prison system fell significantly during the Malloy administration, but the ACLU says the state was still was among the 10 worst when it came to disproportionately imprisoning black and Latino adults.

Smart Justice is trying to find out why. 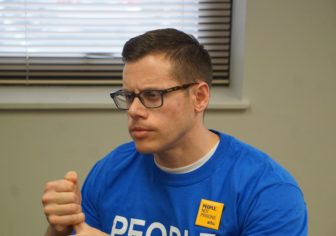 It wants the data tools to examine the system at the front end, looking for greater transparency in the decisions prosecutors make. They are proposing a bill requiring the gathering and reporting of aggregate data about charges, diversionary programs, plea deals, bail requests and sentencing recommendations.

Connecticut has made strides in the collection of criminal-justice data with the creation of the Criminal Justice Information System, but state prosecutors still lack a computerizing case-management system that would ease the collection and analysis of data.

Chief State’s Attorney Kevin Kane was unfamiliar with the specifics of the Smart Justice proposal, which has not yet been submitted as a bill, but he said he agrees with the need for a system that provides greater transparency.

“The general principle, I think, is a good one,” Kane said.

The ability to deliver the requested data will turn on the completion of a computerized case-management system for the state’s 13 judicial districts, each led by largely autonomous state’s attorneys appointed by a Criminal Justice Commission.

“It’s taken a long time, but I think we really are close to being able to do it,” he said.

Anderson said the goal of the Smart Justice proposal is to analyze and understand how the system works.

“We’re not attacking anybody,” he said.