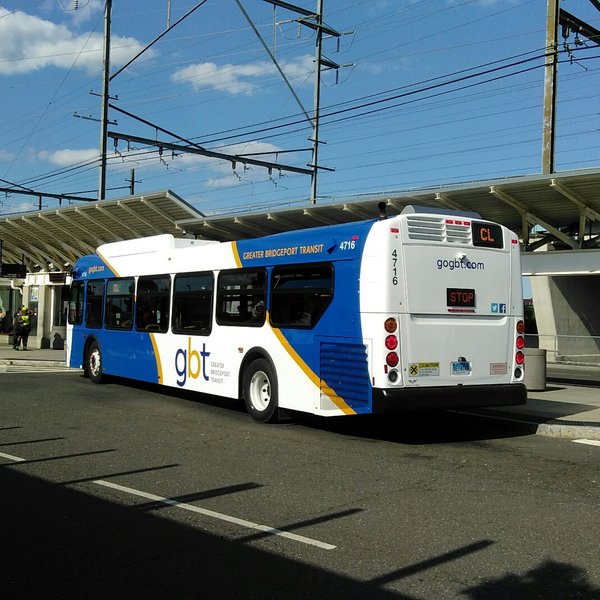 Washington – Doug Holcomb, the general manager of the Greater Bridgeport Transit Authority, was about to award a contract for a construction project when the federal government shut down last month.

That partial shutdown closed the Federal Transit Administration, which needed to sign off on the contract. So the project is on ice.

The closing of the Federal Transit Administration — which is part of the U.S. Department of Transportation, one of nine agencies that are now shuttered — also meant that the Bridgeport transit authority didn’t receive the $3 million federal grant it was counting on to fund several other projects, including an electric bus pilot program. So those, too, are now on hold.

Holcomb is concerned a prolonged shutdown will delay the rush of construction that occurs when the weather improves in the spring.

“Things that we aren’t doing today puts off construction for tomorrow,” Holcomb said.

The federal shutdown hasn’t had an enormous impact on Connecticut’s state and local governments– not yet anyway.

But it’s been nearly a month since key federal agencies shut their doors and stopped sending some federal funds to state and local agencies. The longer the shutdown lasts, the more state and local governments will have to decide whether to use their own funds to make up the shortfall or put a stop – at least temporarily – to programs and projects.

Dan DeSimone, who worked as the Washington lobbyist for the Malloy administration and is now employed by new Connecticut Gov. Ned Lamont, said the shutdown “covers a host of federal agencies and they are rapidly going to run out of money,” and that will likely impact the state.

While some of the largest federal payments to the state — to help fund Medicaid, or HUSKY as it’s known in Connecticut, and pay for the construction and repair of roads and bridges — are unaffected by the shutdown, state and municipal governments depend on billions of dollars from Washington to run dozens of other programs. That includes federal transit money, housing money, and funds for nutrition, law-enforcement and criminal justice programs, which have already dried up or will dry up soon. 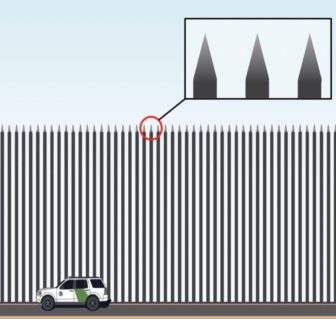 The partial shutdown occurred after the budgets of the nine affected agencies became embroiled in a fight between President Donald Trump and congressional Democrats over funding for Trump’s border wall. As a result, the budgets for those agencies did not receive Congressional approval for the new fiscal year.

The Trump administration was able to extend through February one program administered by the state that is endangered by the shutdown — food stamps. But it did not extend the money given to states like Connecticut to administer the program.

For state beneficiaries to receive February benefits, states had to request the money from the U.S. Department of Agriculture, which has authority over the Supplemental Nutrition Assistance Program, by Jan. 20.

Connecticut did so. But then it was left with the task of informing recipients that the extra money they received at the end of January must last through February.

DeSimone said “getting the word out” to the more than 380,000 food stamp recipients in Connecticut “poses a challenge.”

Other problems related to the shutdown have cropped up regarding the annual review process of retailers who distribute food stamps and adding new retailers to the program.

The state may also soon feel an impact from the stoppage of Department of Housing and Urban Development low-income housing and homeless assistant grants, DeSimone said.

And the Connecticut Department of Transportation is losing about $16 million a month in Federal Transit Administration grants, said DOTt spokesman Judd Everhart, but that loss has not yet impacted operations.

“There has been no fiscal impact on CT DOT operations as a result of the federal shutdown, but obviously that can’t continue forever,” he said.

The $1.1 billion the state will receive from Washington this year to construct highways and bridges has not been affected by the shutdown because it comes largely from the Highway Trust Fund that is supported by gasoline taxes and other user fees.

But other federal funding may be at risk, especially if the dysfunction in Washington continues for much longer. 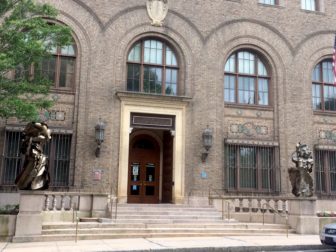 The Hartford headquarters of the Department of Energy and Environmental Protection.

The Connecticut Department of Energy and Environmental Protection, for example, is largely dependent on federal funding for its programs – and for the salaries of 160 of its employees.

The state is paid by the EPA through automatic drawdown accounts and isn’t feeling the effect of the shutdown yet, even as more than 13,000 EPA employees have been furloughed and just 794 people deemed essential staff currently undertake the agency’s duties.

“The state impact would be if a continued shutdown prevented or delayed federal reimbursement for the established receivables,” said Connecticut Office of Policy and Management spokesman Chris McClure.

The shuttering of the EPA means no new state programs can be started. It has also closed the agency’s Long Island Sound study office in Stamford, something that concerns environmental groups in Connecticut.

“The Long Island Sound Study Office is doing some really important work and as (the shutdown) stretches out it will have some impact,” said David Sutherland, director of government relations for the Connecticut chapter of the Nature Conservancy.

The nation’s governors have warned Trump and congressional leaders of the dire effect the shutdown is having on state governments. A joint letter from the National Governors Association Chairman Steve Bullock, the Democratic governor of Montana and NGA Vice Chair Larry Hogan, the Republican governor of Maryland, told the warring parties “a federal government shutdown should not be a negotiating tactic as disagreements are resolved.”

“This partial government shutdown affects nine federal departments and dozens of smaller agencies, all of which our states do business with daily,” the governors said.

One thought on “As federal shutdown lengthens, impact on state, local governments grows”