The winding road to the next education commissioner 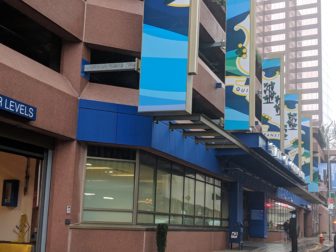 The state Department of Education building in Hartford.

Although Gov. Ned Lamont has a candidate in mind for the next commissioner of education, he can’t appoint that person until the state Board of Education makes a recommendation.

Trouble is, the Board of Education isn’t meeting until next Wednesday, at which point the chairman will establish a search committee to look for candidates — all while bearing in mind the governor’s preference.

To further complicate matters, six members of the board, which currently has 11 voting members, have terms that will expire March 1. It’s Lamont’s job to fill those six vacancies and some say it doesn’t make sense for the board to recommend a commissioner until the new members are in place.

If that all seems like an elaborate, time-consuming, bureaucratic dance, some would agree.

Joseph J. Vrabely Jr., one of the outgoing members of the Board of Education, said he thinks the process is “disingenuous” and it should be changed to simply let the governor select the commissioner, as is the case with other state agencies.

Vrabely said in the two or three times he’s been involved in the process, the governor has had a preferred candidate and  a liaison on the Board of Education search committee who actively participates in the process.

“It seemed to be unlikely that the committee would not select the person who was aligned with the governor,” Vrabely said. “They really ought to change the statute and just let the governor appoint the commissioner.”

However, Maribel La Luz, Lamont’s spokeswoman, said that “while the governor has a preferred candidate, he fully respects the Board’s critical role in the selection of a commissioner.

“The board and the governor both share a sense of urgency,” La Luz said, “and a strong desire for the board to choose the most highly qualified person to advocate on behalf of Connecticut’s students.”

And Estela Lopez, another outgoing board member and its current vice chairman, said she believes the board serves a purpose in the process, providing a “filter” and a check on the viability of the candidates for the post.

“We understand that because it is a political decision, the governor has to be in agreement and feel comfortable,” Lopez said. “It cannot be a decision that is done in isolation.”

It used to be that the state Board of Education selected the the Education Commissioner, according to Patrice McCarthy, general counsel for the Connecticut Association of Boards of Education. But under a 2007 statute , she said, the procedure was changed to give the governor a role in the decision.

“When legislators changed the process, it does create a bit of an awkward scenario in terms of the role of the governor and the responsibility of the state Board of Education,” McCarthy said.

Under state law, the state Board of Education makes a recommendation to the governor and it’s possible to have more than one candidate. The governor then makes his or her selection and nominates a candidate to the General Assembly.

But often, as will be the case this year, the governor has a preferred candidate well before the Board of Education makes its recommendation. 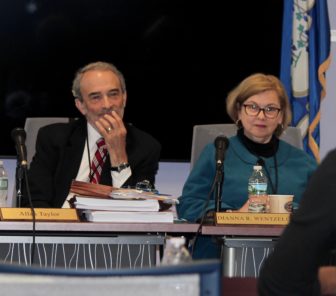 Certainly that was the case in 2011 when Gov. Dannel P. Malloy handpicked Stefan Pryor for the post. With a law degree and a decade’s worth of experience mainly in economic development, Pryor was not a typical candidate for the position. But with Malloy’s support, he pursued an extensive agenda of reform and became a controversial figure.

Pryor stepped down from the position in late 2014. Malloy, facing demands from teachers and their unions that he appoint someone with a stronger background in education, appointed current Education Commissioner Dianna Wentzell, who had deep experience in the field of education

It’s unclear, given the process that must be followed, how long it will take for an education commissioner to be selected this time.

Allan B. Taylor, chairman of the board, said he expects to appoint a search committee comprised of the entire board at the Feb. 6 meeting. When the current board members’ terms expire in March, the new members will take their place on the board and search committee.

Taylor said he thinks it would make sense to have the new board members in place before the board makes a recommendation to the governor on a commissioner.

The new appointments to the state education board are subject to legislative approval.

Could the governor reject a recommendation made by the state education board?

“In theory, we could,” said Paul Mounds, Lamont’s chief operating officer who will also serve as the governor’s liaison on the board of education’s search committee, “but I’d say that’s not the practice we want.”

“That’s why it’s important that the governor and the board of education … work together and be coordinated on it,” said Mounds.

Besides Vrabely and Lopez, the board members whose terms expire March 1 are Erin D. Benham, Terry H. Jones, Maria I. Mojica, and Stephen P. Wright.