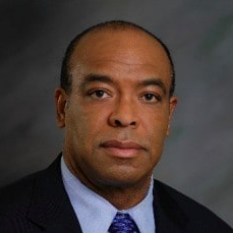 Andrew N. Mais, an insurance industry regulatory specialist at Deloitte and a former Cablevision talk show host, is Gov. Ned Lamont’s choice to be the next insurance commissioner, a key regulatory role in an industry with a huge presence in Connecticut.

Deloitte describes Mais on its web site as a member of the firm’s Center for Financial Services, “providing industry-leading thought leadership and insight on regulatory affairs and related topics to the financial services sector, including the insurance practice and clients.” He is based in Stamford.

Mais, who has been with Deloitte for eight years, was the director of public affairs and research at the Department of Insurance in New York. His LinkedIn profile says he was a Cablevision talk show host before taking the New York insurance job.

Mais is a 1980 graduate of Yale University, with a bachelor’s degree in organizational behavior. He lives is Wilton, where he is a member of the Council on Ethics.

His selection was reported Friday morning by CT Mirror. The administration confirmed it with an announcement hours later.

“For nearly two centuries, insurance companies have been a key component of Connecticut’s landscape and valued members of our community, and they employ thousands of jobs in our state to this day,” Lamont said in the statement. “Andrew will bring to this position proven leadership ability and a broad understanding of industry and regulatory issues that will help achieve the crucial balance we need to ensure that consumers are protected and have access to affordable and reliable insurance coverage, while at the same time supporting the continued growth of this sector of our economy.”

Connecticut has 105 domestic insurers, which are  companies chartered, incorporated, organized or constituted under state laws, and the department often is seen as influential in national or international regulatory matters, aside from overseeing rate-setting in the state.

“The insurance commissioner has incredible power,” said Rep. Sean Scanlon, D-Guilford, co-chair of the Insurance and Real Estate Committee. “It probably is one of the most powerful positions in state government that people don’t talk a lot about it.”

Connecticut has the highest number of insurance employees in the U.S. on a per capita basis and contributes $13.9 billion to the state’s gross domestic product.

Mais, who faces confirmation by the General Assembly, would be the state’s 33rd insurance commissioner, will succeed Katharine Wade, a former Cigna executive who resigned in December. The acting commissioner is Paul Lombardo.

“Wade was very pro-business. She testified against every single bill” sought by consumer advocates, Scanlon said. “And it will be interesting to see whether Mr. Mais takes the same path or is more consumer friendly.”

The Connecticut Citizen Action Group regularly warred with Wade, demanding she recuse herself from ruling on the Anthem-Cigna insurance merger. Wade eventually did withdraw, and the merger itself came  undone.

“Consumers should be looking to see whether or not the commissioner views their role as a regulator or as a lobbying for the industry,” said Tom Swan, the executive director of CCAG.

The new commissioner will take office as the legislature is considering significant insurance legislation, including a public option for health insurance.

“We want Connecticut to be a national leader on health reform,” said Sen. Matt Lesser, D-Middletown, the other co-chair of Insurance and Real Estate. “Certainly, the industry also is incredibly important to our economy as well.”

Josh Hershman, of  Guilford, who was Lamont’s deputy campaign treasurer, recently joined the Connecticut Insurance Department as a deputy commissioner.

With the nomination Friday of Seila Mosquera-Bruno as housing commissioner and the expected nomination next week of Mais, the Lamont administration will have five agency head jobs to fill: the departments of Motor Vehicles, Education, Social Services, Public Health and Agriculture.