More students show academic growth than in the previous year 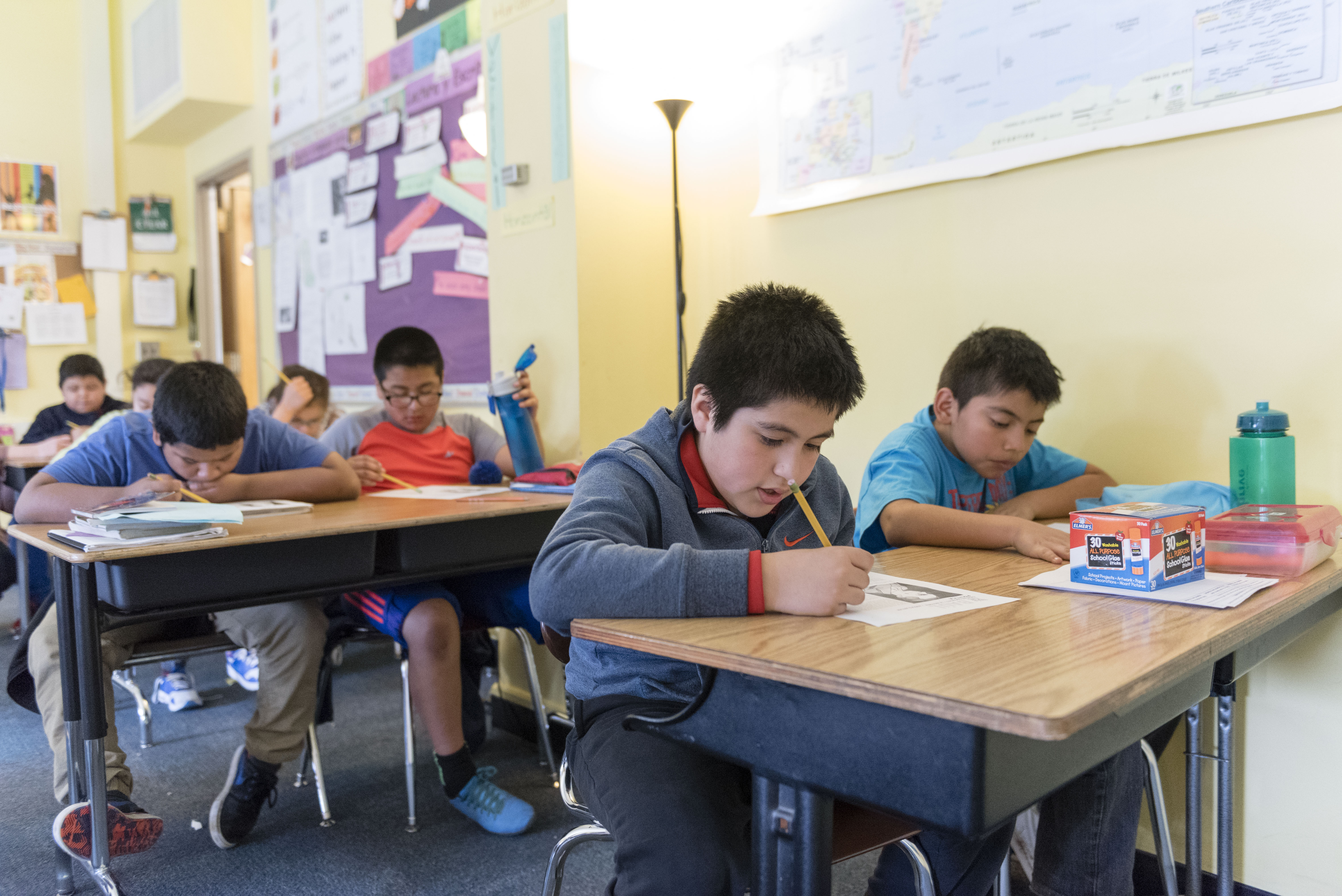 Nearly three-quarters of the state’s school districts improved their performance on the state’s latest annual assessment, showing higher scores in 143 of 202 districts during 2017-18, according to the state Department of Education.

In its fourth year, the state-administered Next Generation Accountability System takes a holistic approach in its assessment of schools and districts, relying on data from a dozen indicators including test scores, academic growth, chronic absenteeism, graduation rates, college readiness, and arts access.

The state assigns different weights to those factors then calculates a single “accountability index” number for each school and district.

On a scale of 1 to 100, the overall statewide accountability index figure for 2017-18 was 74.9 percent– up slightly from 73.2 percent in the previous year and up from 73.1 in 2015-16, according to state data released Friday. [See scores for individual schools and districts in the interactive chart below.]

“So we are  heading up in the right direction,” said Ajit Gopalakrishnan, the state Department of Education’s chief performance officer.

As was the case last year, the bright spots in the data included increases in the percentage of  11th and 12th graders taking rigorous, high-level courses — up from 67.6 percent in 2015-16 to 74.8 percent last year — and also an increase in the percentage of students who met the benchmark on college readiness exams including the SAT and Advanced Placement tests — up from 40.7 percent three years ago to 44.8 percent last year.

The state also noted what it called “promising improvement” in academics among the highest needs students — students from low-income families, students learning English, and students with disabilities. In English, the academic performance index for those students rose from 56.7  percent in 2015-2016  to 57.5 percent last year.  For math, that figure went from 49.9 percent three years ago to 52.0 last year.

During the same period, the academic performance index for all students dipped slightly in English — from 67.7 to 67.6 percent — and rose in math, from 61.4 to 62.7 percent.

The scores for black and Hispanic students improved in both English and math between 2015-16 and last year with increases ranging from 0.3 to almost 2 percentage points.

A higher percentage of students showed academic growth in 2017-18 than they did the previous year, with 60.7 percent achieving their growth target in English, compared to 55.4 percent last year. In math, 61.9 percent met their growth targets, compared to 61.7 percent in the previous year. This year’s growth rate, however, was several percentage points behind the rates achieved in 2015-16 in both English and math.

Also included in the analysis is a list of 160 schools that have earned “distinction” because they have a high overall academic performance, or are among the schools with the highest rate of academic growth for all students or for students with high needs.

Gopalakrishnan said it’s “notable” that 43 of the 160 schools of distinction are located in the state’s 33 Alliance Districts — troubled districts that have qualified for additional resources and support from the state.

“What this says,” Gopalakrishnan said, “is that high growth can be achieved, really anywhere and we know that our teachers and our educators believe that as well,and I think the results bear that out.”

Among the Alliance District schools that were awarded “distinction” are three schools in East Hartford — the Anna E. Norris School, Joseph O.Goodwin School and the Connecticut International  Baccalaureate Academy — and two in Middletown, the Snow and Lawrence schools.

Of the 33 Alliance Districts, 23 saw an increase in the accountability index compared to last year. The median change across all 33 districts was an uptick of 2.1 percentage points, with changes ranging from a loss of 5.8 points to a gain of 9.3 points.

The state also identified 36 “turnaround” schools statewide — because their performance has been consistently among the lowest in the state — and 20 “focus” schools where academic growth, academic achievement and/or the six year graduation rate for the students with the highest needs is consistently low compared to the rest of the state.

The turnaround and focus schools will receive additional state support.

Hartford had the most schools classified as turnaround with a dozen schools identified, while Bridgeport had the second highest number with seven schools on the list. Hartford also had the greatest number of focus schools with five on the list.

Another bright spot, the state said, was an increase in the percentage of students in high school participating in at least one arts course during the school year. Last year, 51.2 percent of students took an arts class, up from 47.5 in 2015-16.