Can tax break promises be kept? 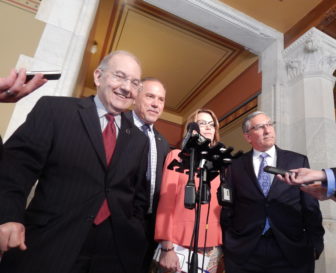 Gov. Ned Lamont’s new state budget is less than a week old, but the pressure already is shifting to the General Assembly to protect the tax cuts it passed last year.

Seniors, teachers, hospitals, corporations and other groups are pressing lawmakers to deliver the tax relief they pledged in 2017 — and campaigned on last fall — even though Lamont says Connecticut no longer can afford it.

“What we are concerned about is how things pile up,”  said Nora Duncan, state director of AARP Connecticut.

Lower- and middle-income seniors face some of the highest property taxes in the nation, pay state income taxes, and now face a proposal from the governor that would place an asset test on elderly medical assistance and raise sales taxes by hundreds of millions of dollars by canceling exemptions.

AARP members “are looking to us and their legislators, so many of whom promoted their affirmative vote on this issue in their 2018 campaigns for re-election, to stop this repeal,” she said. 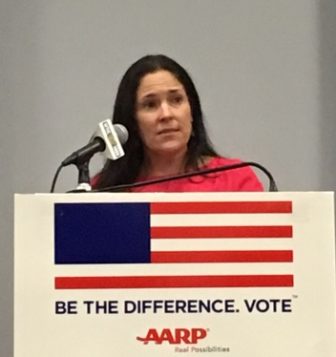 The AARP is not alone.

Retired Connecticut teachers await similar relief. While 25 percent of their pensions are income-tax-exempt, that’s supposed to grow to 50 percent this year. The governor’s budget recommends canceling that as well.

The same goes for a 10 percent surcharge on the corporation tax, which is supposed to expire now — but otherwise will cost businesses almost $100 million over the next two fiscal years combined.

Connecticut’s college students are watching the fate of a new income tax credit designed to help pay off their school debt. That’s worth almost $12 million over the next two fiscal years to graduates with science, engineering and math degrees who stay and work in state after school.

And the biggest tax break hanging in the balance is Connecticut’s provider tax on hospitals. It’s a complicated arrangement of tax payments by hospitals and supplemental funds returned back to the industry — all designed to leverage more federal Medicaid dollars for the state.

The industry was scheduled to see its effective tax burden shrink by nearly $190 million per year, but  Lamont proposed canceling that and replacing it with a $43 million increase.

“There is no predictability in what is happening,” said Bristol Hospital President Kurt Barwis, who said the unstable tax situation wreaks havoc with hospitals’ abilities to provide specialized care, replace critical equipment and make capital improvements. “Every year it’s a different deal and we’re in disaster mode, managing cash and managing projects.”

But teachers also must plan for their retirements, and it’s getting harder to do so in the state, she said.

“Placing this tax burden on educators who dedicated their lives to teaching our children is a disincentive to them staying in Connecticut and participating in our state’s economy,” Andrews said. “Many retirees move out of state and take up residence in Florida and dozens of other states where they do not tax any part of retiree pensions.” 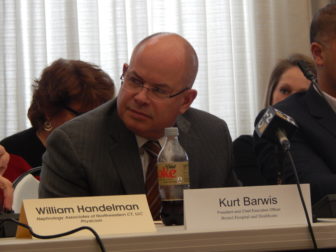 Connecticut Business and Industry Association Joseph F. Brennan praised Lamont for freezing income tax rates and for seeking concessions from state employee unions. But Brennan has said repeatedly that the key to encouraging companies to add workers and expand their business is a stable tax environment.

In other words, if you adopt tax relief, deliver it.

The new governor, who proposed a $42.3 billion, two-year budget to the legislature last Wednesday, has asked taxpayers to consider he is attempting something unprecedented.

Lamont is trying to avert a major, projected deficit — $3.5 billion to $3.7 billion over the next two years combined— without raising income taxes.

But that’s not all.

He also wants to restructure Connecticut’s massive pension and bonded debt to end the cycle of deficits projected for many years down the road. And he’s doing it with significant limitations on his ability to lay off state workers, meaning he has little leverage to negotiate with unions.

None of that is likely to happen, Lamont said last week, unless some things change.

“This is the ‘Land of Steady Habits,’ but we can’t continue along the same path and expect that things will fix themselves,” the governor said. “Our state needs to make real, substantive structural changes to facilitate a sustainable financial future.”

“Folks there are no easy choices,” she said. “There is pain throughout” the budget.

But what about the legislature? 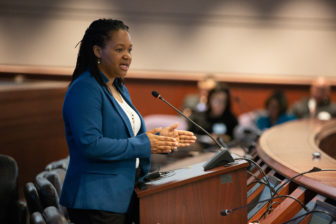 Democrats widened their margins in the House and Senate in last November’s elections and now hold majorities in both.

But does that really matter, given that both parties voted overwhelmingly for these tax breaks as part of a budget compromise?

At that time, legislators excluded lame-duck-Gov. Dannel P. Malloy’s administration from final negotiations after nearly eight months of attempts to reach a budget agreement had failed.

No one expects lawmakers will exclude Lamont’s administration from budget negotiations this spring after only four or five months in office, however, and Democratic leaders were diplomatic last week after the governor called for suspending the tax relief.

“A majority of these are not just my priorities, but things I touted and ran on” last fall, House Speaker Joe Aresimowicz, D-Berlin, said. “It took a lot of effort to put them in place and I want to preserve them.”

But the speaker also said he has a deep appreciation for the problems Lamont is tackling and the fiscal stability he said he wants to bring to Connecticut.

“He is as advertised,” Aresimowicz said, adding that applies not only to Lamont’s goal, but to his pledge to take an “open-door” consensus approach toward the next state budget. “I believe those tax cuts are going to be on the table.”

Senate President Pro Tem Martin M. Looney, D-New Haven, said “the governor obviously has his own take on this budget, but now it’s in our hands. … Governor Lamont has said he wants a collegial process and he has not drawn any particular lines in  the sand.”

Looney added that there remains “substantial support” in his caucus for the tax relief Lamont wants to rescind.

But Looney’s Republican counterpart, Senate Minority Leader Len Fasano of North Haven, said that while he also appreciates Lamont’s efforts at inclusiveness, the new governor could have given more weight to these bipartisan legislative priorities in his own budget.

“The first thing he did was to dismantle a historic — on many levels — bipartisan budget,” Fasano said, adding that he believes his caucus will  support retaining the tax cuts. “Just because you can change course doesn’t mean you should change course.”

The top Republican in the House, Minority Leader Themis Klarides of Derby, said Lamont has made it clear his budget proposal is only that — a proposal — and that other opinions are welcome.

“Clearly we are at the starting point of doing a budget now,” she said.

But Klarides also said much of the tax relief in the bipartisan budget were longtime Republican initiatives that remain GOP priorities.

“These are things that we fought for for many, many years,” she said. “We’re going to continue to fight for that.”

14 thoughts on “Can tax break promises be kept?”